“We’re not going to make Syria into a proxy war between the United States and Russia,” Barack Obama said in early October as Russian heavy weapons and military personnel were streaming into Syria. “That would be a bad strategy on our part.” This was a dubious declaration at the time, and it has only grown more so in the weeks that ensued.

Russian intervention in Syria began not with strikes on Islamic militants but on CIA weapons depots and anti-Assad forces covertly supported by the West, exposing the existence of that formerly clandestine program. Russia violated NATO-allied Turkish airspace on a number of occasions, painted Turkish warplanes with missile radar, harassed United States drones operating over Syria, and has conducted near-miss passes by U.S. fighter planes in the region. Outside the Middle East, Russian air assets have performed provocative low-altitude flights over U.S. carriers that prompted the scrambling of fighter jets. On Tuesday, a Russian jet was shot out of the sky after again violating Turkish airspace, albeit briefly. The warplane that made the kill was a U.S.-manufactured F-16 and the missile it fired an American-developed AIM-9 sidewinder. Elsewhere in Syria, Syrian rebels firing a TOW missile manufactured in the United States destroyed a Russian attack helicopter on the ground. If this isn’t a proxy war between two great powers, I’d hate to see what one looked like.

So far, this dramatic escalation of tensions between Moscow and Brussels has not been followed on by a proportionate intensification of antagonistic rhetoric. To the extent that cooler heads can prevail, they so far have. That may not last. Turkey’s President Recep Tayyip Erdoğan has called an emergency meeting of the United Nations Security Council and NATO is similarly engaged in impromptu consultations. The White House has been desperate to project the impression that Russia and the United States are not at cross purposes in Syria, but Russian operations near the Turkish border – where ISIS does not operate and where NATO forces are contemplating the creation of safe zones for prospective refugees – exposes how dramatically Moscow’s interests in Syria diverge from those of the West.

Still, both Democratic and Republican political leaders in the United States eagerly contend that Russia and the United States can easily avoid conflict. America’s presidential prospects are doing the voters a disservice by failing to address the nature of the challenge Russia poses honestly. It’s time to have a real conversation with the public about how the United States and NATO can continue to avoid conflict with Russia in light of the fact that conflict is precisely what Moscow wants to precipitate.

Surely, the Kremlin does not want a conventional war with NATO. That would be a conflict that it would lose rather quickly; a concession that is apparent in Russian defense doctrine that relies heavily on the use of nuclear weapons. While Russian President Vladimir Putin surely hopes to avoid all-out conflict with NATO, he is very much interested in creating the impression that NATO is spoiling for a fight. That is why Russia has been eagerly pressing its advantages on the fringes of the Atlantic alliance for the better part of a decade. That is why sanctions imposed on Russia by the West following the invasion and annexation of sovereign Ukrainian territory has not altered Putin’s behavior. And why would they? The perseverance to endure suffering and privation imposed on Russia by hostile powers is baked into the Russian psyche.

What Americans deserve is an honest appraisal of steadily increasing risks of conflict between Russia and the West. Kudos is due to Senator Marco Rubio who has thus far been the only candidate to address this issue head-on. Although his response to the matter indicates how truly difficult it is to settle on a policy that is designed to prevent conflict with a great power that is aggressively provoking one.

Over the weekend, The Guardian’s Sabrina Siddiqui asked Rubio how the no-fly and safe zones in Syria he supports would be executed in a way that avoids conflict with Russia, his answer reflected how hard it is to make such a guarantee.  “Russia says it’s there to fight against Isis,” Rubio replied. “Our no-fly zone would not have Isis fighters in it.” Well, Russia was operating in precisely the territory that would be patrolled by NATO air assets today, and its warplanes were there because Russia is only tangentially interested in containing and rolling back ISIS. It’s far more invested in attacking the rebel forces targeting the Assad regime, and some of those forces will find safe harbor inside safe and no-fly zones in Syria maintained by the West. However vital a no-fly zone over Northern and Southern Syrian airspace might be, it would be ignorant to presume that this does not invite conflict with Russia.

Again, Rubio gets credit for at least entertaining the complications associated with the necessary task of containing the Syrian conflict. His competitors on both the right and the left have declined to address the threat posed by Russian intervention in Syria. It should be abundantly clear now, however, that such a conflict will be hard to avoid. Russia sought to provoke the West in Ukraine, but the West declined to be provoked. Now, Moscow has forced NATO’s hand by intervening in a conflict in which Western assets were already operating. Russia’s goal is to hem in and to roll back the space in which NATO operates with impunity, and that will necessarily mean contact and the prospect of miscalculation and spiraling escalation.

It only takes one mistake to lead to an incident similar to that which occurred over the skies of the Syrian-Turkish border on Tuesday. The mechanisms that were once in place to compel a de-escalation of tensions between Washington and Moscow no longer exist. “De-confliction” talks have not produced a satisfactory regime in which great powers can avoid hostile interaction. Russia is challenging the West; it has been for years. This reckless game won’t end well unless the United States adopts a strategic approach to resisting Russian provocations while avoiding a spiraling conflict should there be another close call. Today, it’s Syria. Tomorrow, it’s the Baltic states. The next president will need to adopt a new containment strategy, and the candidates should be developing that strategy today. 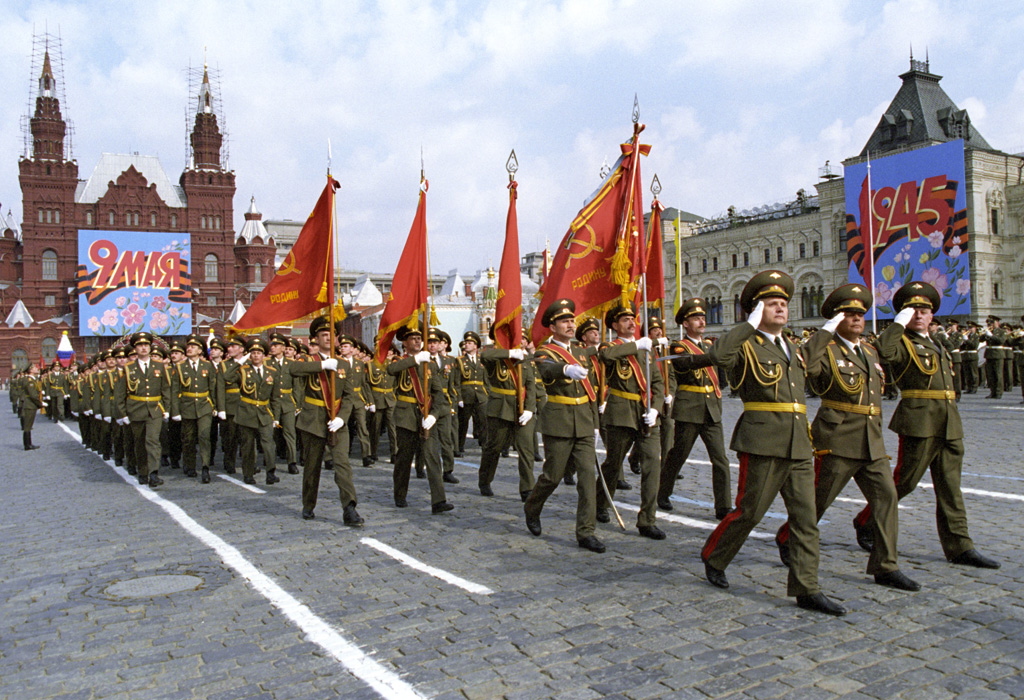