Longtime conservative critics of a prevailing center-left bias in the press won a significant victory this week. In celebrating their success, however, those same media skeptics are sacrificing the credibility they have spent years accumulating and husbanding by coupling their fortunes with those of President Donald Trump.

Conservatives have long condemned a prevailing culture in the press in which preserving a cordial relationship between reporter and subject seemed to be the principle objective. It has taken the inauguration of a president with whom reporters have a bitterly hostile relationship to reinvigorate the conscience of the press. That reorientation accelerated over the weekend following a humiliating display in which White House Press Secretary Sean Spicer and presidential advisor Kellyanne Conway promoted an insultingly thin narrative in which Americans were asked not to believe their own eyes.

The journalistic class has been so offended by Spicer’s claim that this sparsely attended inauguration had “the largest audience” of any prior inauguration that they implicitly conceded many of the points that conservative media critics have been making for the last eight years. “The traditional way of reporting–digging–is back,” averred McClatchy’s Washington editor, Kristin Roberts. “It’s the lazy, modern way that relies on handouts that might now be dead.” Roberts was remarking on a Washington Post column from media columnist and former New York Times public editor, Margaret Sullivan, who quoted numerous journalists newly endowed with a steely resolve to do journalistic combat with this White House.

Conservatives should welcome this new sense of mission in members of the Fourth Estate, even if the timing is more than a little irritating. Journalists did not react with such ire when Jay Carney was insisting that he knew at least three Hilary Rosens, or when they were being manipulated (as former Deputy NSA Ben Rhodes confessed) to sell untruths about the Iran nuclear deal to a skeptical public.  At a moment in which the journalistic establishment is essentially conceding their point, conservative media critics are entitled to some triumphalism. They would be better served, however, to check that impulse. Few of the right’s most strident media critics have adjusted to their new reality.

For conservatives, an antagonistic relationship with the press is baked into their DNA. They are used to being the plucky outsiders raging against an entrenched and closed system in Washington. During the Obama years, the powerful and the press enjoyed a symbiotic relationship at which conservatives took regular shots. At least, that was how the right saw it. That traditional power dynamic has been turned on its head. Conservative media critics are no longer the David in this relationship; they have a vocal ally in the Oval Office. Standing before a memorial to those Americans who perished in U.S. clandestine operations on Saturday, Trump insisted that he is prosecuting a “running war” with the “dishonest media.” Conservative media critics are his de facto foot soldiers in that war. They’re the man now.

Those on the right who are taking a victory lap today cite opinion polling that shows the public has a historically low estimation of the political press. In combination with the election of someone who is himself a media critic to the White House—a figure who won the presidency while railing against the reporting establishment—that suggests to them that media is well and truly discredited. This is wishful thinking. The institution of political journalism will not disappear over the course of Trump’s presidency. Indeed, there are promising albeit early indications that the practice will enter a renaissance in the Trump era. Conservatives risk sacrificing some of the resonance of their argument against the practice of political reporting by harnessing their movement to a presidency that has an antagonistic relationship with the truth.

Not only is Donald Trump an unpopular president who may tarnish Republican politicians by association, but he could also compel conservative media critics to sacrifice their credibility. Standing by the president, the left will be able to claim–with some justification– conservative media critics’ goal isn’t the restoration of objectivity and skepticism in reporting. Precisely the opposite, in fact. They want to ensure biased reporting benefits them and their allies. And one of those allies is the most powerful person on earth.

Over the years, conservative criticisms of the press have resonated more than those who issue those criticisms often acknowledge. In the past, the self-evident validity of their frustration with individual acts of reportorial bias was lent moral authority by the fact that conservatives suffered from a power imbalance. The authority of their arguments may remain intact, but their influence has changed dramatically. If they come to be seen as handmaidens for the president, their fortunes will rise and fall with his. That would be a tragedy not just for conservatives but for objective journalism, too. 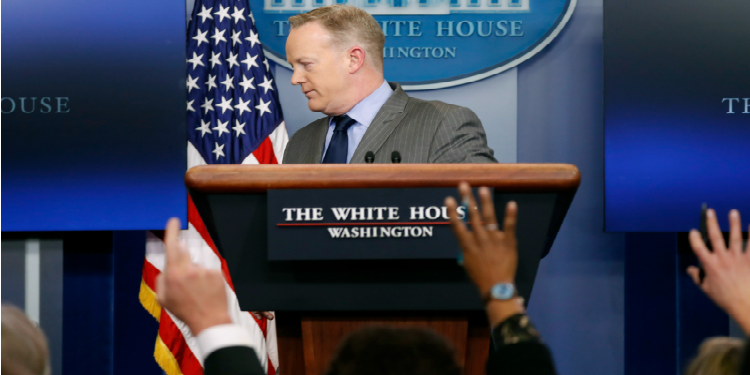