Kids are off limits. Or, at least, they used to be. The civic compact that allows minors to engage in cultural and political discourse without being subjected to much scrutiny depends on a series of conventions. Among them, courtesy, decency, mutual respect, and the understanding that all citizens, regardless of demographic signifiers, are entitled to their opinions. These are essential features of a society governed by law, not honor or status. But that compact also demands that responsible adults take a child’s marginally informed and emotionally charged outlook with a grain of salt, and the arrangement breaks down when that responsibility is abdicated. Given the increasing prevalence of politicized kids, it’s clear that kind of responsibility is in short supply.

The value proposition represented by politically active children is obvious. Sensitive subject matter that withers under dispassionate scrutiny thrives when that kind of analysis is taboo. The logic of restrictive gun-control measures is one such subject. Even well-informed adults like CNN anchor Jake Tapper find themselves under attack when they fail to emote amid an evaluation of the merits of such policies. That’s why the student activists who survived the massacre in a high school in Parkland, Florida, had such obvious political utility. Their moral authority as survivors provided them with a platform to evangelize for gun-control legislation, and their youth gave their supporters ample ammunition to shame their critics into silence. They were flattered and encouraged by their elders—a privilege of which their politically conservative peers were deprived.

A similar dynamic prevails in the debate over how to prevent a runaway greenhouse effect without undesirable economic tradeoffs. Climate-change activists resent the notion that economic tradeoffs should even be part of the equation, and outspoken children have become their most effective rejoinder.

Children are filing lawsuits against fossil-fuel producers, arguing that their “standing” consists of their being the legatees of a dying planet. They are besieging lawmakers’ offices and shutting down European cities. One potent agitator is 16-year-old Greta Thunberg, a famously precocious climate activist who has the temerity to insist that the children alone speak truth to power while she lectures her elders from behind podiums at the United Nations Climate Change Conference and the British Parliament. “You are not mature enough to tell it like is,” she insists to the sound of applause. Thunberg, who has been diagnosed with Asperger syndrome, OCD, and selective mutism, says the prospect of catastrophic climate change sent her into a crippling depression at age 11, which compelled her to stop talking and eating. The therapy she’s been prescribed by her custodians is to immerse herself in the subject that has been so paralyzing.

Eleven-year-old “drag kid” Desmond Napoles has become for some activists the face of the effort to dispatch with the stigma surrounding transgenderism. Like gun violence and climate change, discrimination against transgender people is a live issue—the Supreme Court will decide in this term whether the protections in the 1964 Civil Rights Act forbids employment discrimination based on sexual orientation and gender identity. But Napoles, who has been a “social-media sensation” since he was eight years old, has become what his mother describes as a role model for LGBTQ youth. “It’s like his main mission,” Wendy Napoles said. “I would say that his advocacy work is probably more important to him than doing drag.” It’s no longer just performance art, if it ever was.

It may not constitute abuse (Child Protective Services has investigated Napoles’s parents), but that doesn’t render the very public effort to reinforce this child’s sexual and gender identity any less sordid. These are complex and personal discoveries. Napoles personal identity may be entirely valid and unchanging, and the decision to share this identity with the world may be his alone. But it is also undeniable that what would be deemed the sexualized objectification of a child in any other context is encouraged by organizations with an institutional mission to destigmatize transgenderism.

The temptation to conscript children into service in culture wars is a bipartisan one. Jonathan Lee Krohn was just 13 when he delivered a rousing address at the 2009 CPAC convention that transformed him into a conservative star and opinion writer. CJ Pearson was the same age when he gained national attention for questioning President Barack Obama’s patriotism. But the conservative movement that embraced them both regretted their decisions when both developed a more mature political consciousness. Krohn renounced conservatism. Pearson endorsed Bernie Sanders. Even still, the enticement is hard to ignore. Conservatives should have learned long ago why predicating a political platform on the assumed wisdom of children quickly yields diminishing returns.

The progressive left should have taken its cues from the right’s imprudence, but they have not. These children have been transformed into sanctimonious clarions, advocating outcomes preferred by the adults in their lives, and it’s a tragic waste of youth. There will be time enough to cheapen the national political debate with sentiment and histrionics. 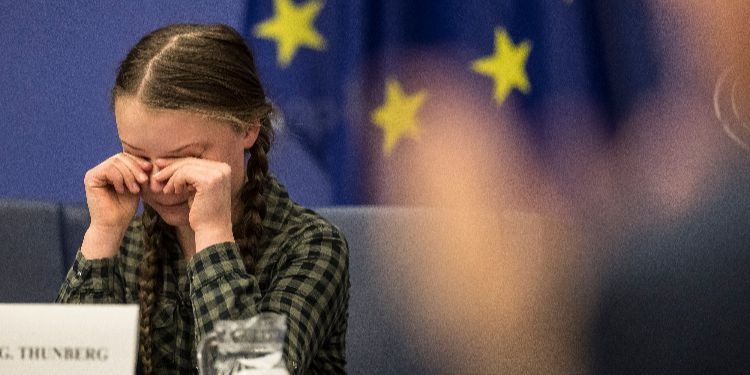