‘What if we could just be China for a day?” New York Times columnist Tom Friedman infamously daydreamed in 2010. “You know, I mean, where we could actually, you know, authorize the right solutions, and I do think there is a sense of that, on, on everything from the economy to environment.” Friedman was summarizing the upshot of a 2009 column in which he lamented how the factionalism inherent in representative democracy, even those in which a single party controls all the levers of government, cannot implement reforms that are not the product of compromise.

What China can accomplish in a day has been on full display as Beijing attempts to contain a novel coronavirus outbreak, and the results are precisely the sort that dazzles Western observers who allow themselves to be charmed by autocracies. But to review those accomplishments and still maintain that China’s autocracy represents a credible, even desirable, alternative to messy democratic forms of governance requires a superhuman commitment to the suspension of disbelief.

In addition to imposing forced quarantines on whole cities with combined populations in the tens of millions, China embarked on emergency projects devoted to a goal dear to every technocratic opinion writer’s heart: infrastructure construction. In late January, China began the construction of two emergency hospitals near the outbreak’s epicenter, one of which was completed in a nearly miraculous ten days. Both Chinese state media and Western news outlets celebrated the accomplishment and the stress it would take off overburdened local health-care providers.

But reports have subsequently leaked out of the secretive socialist state suggesting that at least one of those facilities is virtually inoperative. Even according to official statistics, these emergency facilities have not been able to fill their vacant hospital beds. And yet, Wuhan continues to convert local exhibition centers and gymnasiums into triage centers, and reports indicate that those in need of care are still being turned away.

Experts and locals attribute the discrepancy between China’s outwardly speedy response to the crisis and the growing threat posed by this outbreak to the chronic mistrust the People’s Republic has engendered in both foreign observers and its own citizens. As the New York Times reported, Beijing’s first instinct when the coronavirus crisis erupted wasn’t to contain the epidemic but to prevent news of it from spreading. “At critical moments,” the report alleged, “officials chose to put secrecy and order ahead of openly confronting the growing crisis to avoid public alarm and political embarrassment.” Concerned doctors were muzzled. Statistics documenting infection rates were cooked. Residents in the path of the virus were left unprotected. Critical viral transmission points were left open.

Even today, as China’s heavy-handed efforts to silence those who contradicted the official narrative have come under intense scrutiny and exacerbated tensions between Chinese citizens and the government, dissenters are still disappearing. Even though it has gone long past the point of diminishing returns, China cannot turn off the apparatus of state control it wields against dissenters.

Without all the world’s non-Chinas and their frustrating adherence to transparency and accountability, we may never have known the extent to which the PRC’s authoritarian secrecy contributed to the crisis. We would likely not have learned via Beijing’s reluctant confession that government authorities including President Xi Jinping knew about the outbreak weeks before acknowledging it. Chinese health workers first encountered the disease in early December, and evidence of human-to-human transmission was observed not long after that. Had the government not sought to suppress this information and restrict the conduct of business as usual, this outbreak might have been contained. Today, that prospect seems remote, and some experts estimate that the likelihood this outbreak will reach pandemic proportions is all but unavoidable.

That’s the thing about being China for a day. It’s not a buffet where you’re free to select from the tray of command-and-control systems while avoiding the putrid warmer full of retrograde information controls, police state repression, and paranoid incompetents in positions of political authority. It’s a package deal. 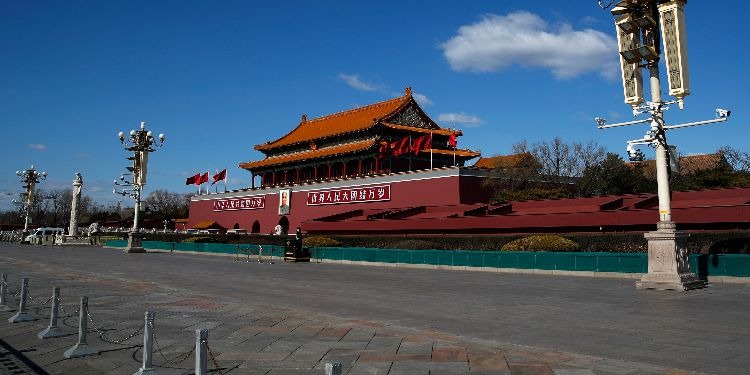