The hits just keep coming. Amid a news-heavy Friday dominated by the revelation that House Speaker John Boehner will not only resign his leadership post but his seat in Congress in October, the State Department revealed that they had just received a new batch of emails from Clinton’s office that were generated during her time as America’s chief diplomat. The appearance of malfeasance on Clinton’s part is overwhelming, but this latest email dump is substantially more galling than the last. This comes after Clinton signed a document explicitly contending, under penalty of perjury, that her office had surrendered all work-related emails from her time at Foggy Bottom.

On August 11, Clinton affirmed in writing her belief that all relevant emails from her period at the State Department were in that agency’s possession. “While I do not know what information may be ‘responsive’ fr purposes of this law suit,” read the statement that was prompted by a suit filed by the governmental watchdog group Judicial Watch, “I have directed that all my e-mails on clintonemail.com in my custody that were or potentially were federal records be provided to the Department of State, and on information and belief, this has been done.”

That document was necessary because House investigators had only recently received 15 cases of emails from the former secretary’s private server that she had sent to Clinton confidant (and not a State Department employee) Sidney Blumenthal. The surfacing of that batch of emails called into question the State Department’s claim that it had provided to congressional investigators all the relevant emails pertaining to Clinton’s tenure as America’s chief diplomat.

If you find yourself overcome by a profound sense of déjà vu, you’re not alone. The latest batch of previously unknown emails also “call into question” Clinton’s commitment to being truthful about her conduct at State.

“The messages were exchanged with retired Gen. David Petraeus when he headed the military’s U.S. Central Command, responsible for running the wars in Iraq and Afghanistan,” the Associated Press reported on Friday. “They largely pertained to personnel matters and don’t appear to deal with highly classified material, officials said, but their existence challenges Clinton’s claim that she has handed over the entirety of her work emails from the account.”

The question now becomes, is Hillary Clinton guilty of perjuring herself? Leave aside for the moment that the Clintons have in the past been able to evade repercussions for committing perjury under oath. Clinton’s statement suggests that she “directed” her staff to turn over all the relevant emails. The point person on that project was longtime Clinton aide Cheryl Mills, and it is not inconceivable that Clinton’s camp might claim that their candidate was not personally responsible for this lapse.

This attempt at exculpation seems like thin gruel.  “We went through a painstaking process and turned over 55,000 pages of anything we thought could be work-related,” Clinton said during a brief August 18 press conference. “Under the law, that decision is made by the official. I was the official. I made those decisions.” Even if the former secretary tries to claim that she is a victim of carelessness or poor decision making by her staff (which she almost certainly will, if these revelations keep coming), Clinton was correct. It is the responsibility of individual government officials to safeguard informational security and to surrender to the responsible agency all materials, including emails, upon the conclusion of their tenure.

All this, however, might soon be rendered academic. Earlier on Friday, the New York Times reported that the FBI investigation into Clinton’s email practices has taken a new turn. Huma Abedin, another Clinton aide and the vice chair of her presidential campaign, allegedly received classified information in 2011 pertaining to the security situation in Libya prior to the deadly Benghazi terrorist attacks. That email contained explicit details about the movements of pro-government forces in the middle of the nation’s civil war – a conflict into which NATO powers were appearing to intervene. Specifically, the FBI is investigating “whether her aides or other State Department officials broke federal rules or laws when they sent her information.”

This discovery comes on the heels of the FBI’s revelation that Clinton likely tried to wipe her server clean of information before it was seized by law enforcement. Some of those emails have since been recovered following the application of forensic information recovery technology. But while Clinton’s aides are the only figures implicated in the Times report, the Associated Press seems to imply rather explicitly that was Clinton herself who made what in retrospect would be considered a fatal misstep. 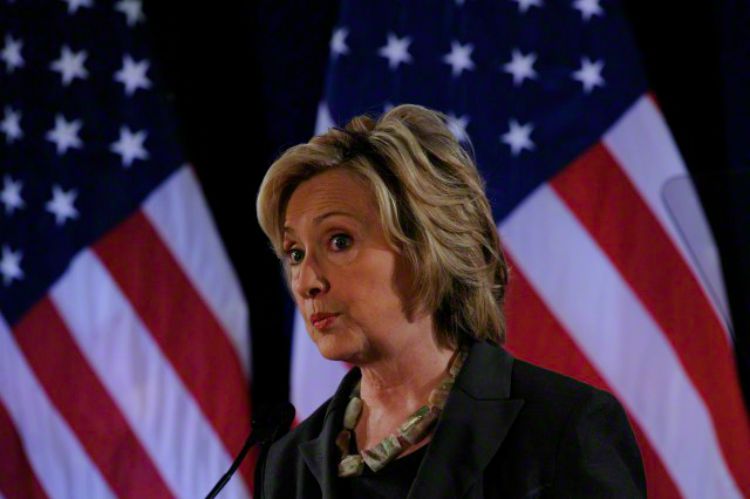