It’s been over 260 days since Hillary Clinton held her last press conference. Surely, the former secretary of state knew that stonewalling the press like this would antagonize political media and hand her Republican opponents a powerful rhetorical weapon, but she must have determined it was a small price to pay. If Clinton thought avoiding the press would keep her name out of the news, however, that was a significant lapse in judgment. The former secretary of state is still generating headlines from inside the bunker, and few of them are good.

Last week, the New York Times reported that Clinton had told the FBI of an exchange she had had with Colin Powell in which she claimed George W. Bush’s one-time chief diplomat had suggested she use a personal email address. The Times cited an excerpt from a forthcoming Bill Clinton biography by journalist Joe Conason who described that precise exchange between Clinton and Powell at a State Department gathering:

“Toward the end of the evening, over dessert, Albright asked all of the former secretaries to offer one salient bit of counsel to the nation’s next top diplomat….Powell told her to use her own email, as he had done, except for classified communications, which he had sent and received via a State Department computer.”

This is no defense; it’s an indictment. Secretary Clinton had, according to Conason’s reporting, already determined that it was in her best interest to use a private server for her electronic communications. That server was used for all Clinton’s correspondence, including sensitive and classified emails related to American national and diplomatic security—despite Powell’s explicit warning against doing just that.

In a statement, Powell’s office insisted that he did not recall the dinner conversation, but he did remember describing to Clinton in writing how he had used a personal AOL address to archive and account for unclassified communications.

Powell did not like the way the story came out. To put it mildly. “The truth is, she was using [the private email server] for a year before I sent her a memo telling her what I did,” he told People Magazine on Sunday. “Her people have been trying to pin it on me,” he said of Clinton’s email antics.

This is no small thing. Clinton told the FBI in an interview regarding her special server that it was Powell who suggested to her that she use this personal email account. Powell now denies it. FBI Director James Comey testified before Congress that there was no basis to suspect that Clinton lied to federal investigators at any point. Without a verbatim transcript of Clinton’s interview with the FBI, there is no concrete evidence she did otherwise—except that Powell is saying, in effect, that she misled investigators by saying she was following his lead. He just threw her to the wolves.

On Monday, the group Judicial Watch revealed that it had secured some of the thousands of work-related emails Clinton had failed to hand over to the State Department. Judicial Watch says it will soon release emails showing that Clinton aide Huma Abedin provided donors to the Clinton Foundation with preferential access to the Secretary of State in violation of ethical standards and protocol. Moreover, the State Department is prepared to begin the release of nearly 15,000 emails the former secretary should have handed over in October, just before the nation heads to the polls.

The email scandal that has plagued Clinton since March of 2015 is beginning to close in around her, and she has yet to emerge from her foxhole. When will she? 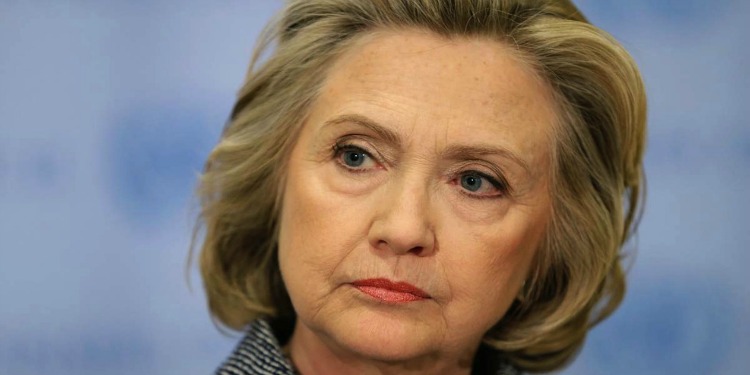