Beginning on April 4, the state of Colorado will lift its statewide masking mandate and give more control over COVID-related mitigation measures to county- and municipal-level governments and private businesses. The draft proposal also significantly eases capacity limits imposed on venues like bars and restaurants.

The somewhat complicated plan updates the state’s color-coded warning system and provides significant autonomy for regions of the state without a dangerous level of viral prevalence. According to the Denver Post, the “Dial 3.0” plan is designed to “make it easier for counties to reach Level Green,” the lowest level of risk and a condition that only two sparsely populated Colorado counties presently meet.

“Under this plan, Dial 3.0 would remain in effect until April 16, at which point a new statewide public health order would be issued to continue limits on indoor, unseated gatherings,” the report noted. “Beyond that, the dial and previous state public health orders would become guidance that local governments could choose to follow or not.”

The news comes as a slap in the face to public health officials. Or, at least, you might think it would.

Axios observes that the plan seems to disregard CDC Director Rochelle Walensky’s admonition to states that relax their protocols despite the unknown rates at which COVID variants are circulating. But we haven’t heard much from the national press or the Democratic establishment about Gov. Jared Polis’s proposal. It was first released late last week ahead of schedule. The state government has sought public comments on it, and the local press has thoroughly dissected it. But Colorado has managed to evade much of the opprobrium that has been heaped upon more conservative states with more conservative governors.

In early March, when Texas became the 15th state in the Union to withdraw its statewide mask mandates and raise capacity limits, President Joe Biden infamously described the move as a product of “Neanderthal thinking.” It was a dangerous maneuver, the president said, because it would communicate to the public that “everything’s fine,” and you should “take off your mask.” But Austin’s guidance then was not dissimilar from Denver’s now.

Gov. Greg Abbott urged Texans to exercise “personal vigilance.” He noted that his state’s guidance did not prevent businesses from imposing their own masking requirements on patrons, and they can deny service to those who do not comply. Moreover, businesses can still “limit capacity or implement additional safety protocols.” And while municipalities were constrained as to what mitigation strategies they can impose at their will, rising local case rates would still represent a trigger at which point mitigation strategies could be reimposed.

The two states’ experiences are similar, save the unbridled apoplexy directed at Gov. Abbott. Experts were “mortified and disgusted” by Texas’s decision to lift masking mandates and raise capacity limits from 75 to 100 percent. “Republican Governors Celebrate COVID Anniversary with Bold Plan to Kill Another 500,000 Americans,” read one Vanity Fair headline. Beto O’Rourke deemed the governor’s decision a “death warrant for Texans,” which would result in the “killing of the people of Texas,” and California Gov. Gavin Newsom called the move “completely reckless.” Texas Democratic Party Chair Gilberto Hinojosa echoed those concerns. “This will kill Texans,” he said in a statement. “Abbott doesn’t care.” But in the weeks that followed, and despite Texas’s relatively low vaccination rate, the state’s total COVID case count has continued to decline.

It’s not the first time Colorado has curiously evaded censure for pursuing policies that Republican-led states had successfully implemented.

In late April of last year, Polis became one of only a handful of Democratic governors to ease restrictions and allow statewide “stay-at-home” orders to expire. Of course, many restrictions remained in place, but the governor noted that the cessation of all economic activity could not go on forever. Coloradans, Polis observed, “simply can’t pay their rent or buy food if they’re not working.” The stark economic realities were that perpetual closures would create as much suffering as the public health crisis—maybe more. That same economic rationale for allowing his citizens to determine their own level of risk incensed the commentary class, but only insofar as Republicans were also advocating it.

At almost precisely the same time, Florida Gov. Ron DeSantis was under siege in the press for allowing municipalities the autonomy to decide whether or not to keep their beaches open. Florida State University Prof. Diane Roberts alleged that the maneuver was part of the governor’s determination to subordinate human life to the local chamber of commerce’s demands. “In Florida, we love our beaches,” the headline on her Washington Post op-ed blared. “Thanks to our governor, now we can die for them. Likewise, Georgia Gov. Brian Kemp was said by the Atlantic’s Amanda Mull to be presiding over an “experiment in human sacrifice” by allowing some commerce to resume amid the pandemic.

It’s tough to avoid concluding that Colorado’s ability to escape the notice of America’s professional public health shamers has more to do with the state’s politics than the pandemic. And once you’ve reached that conclusion, many more follow—to the detriment of COVID maximalists’ credibility. 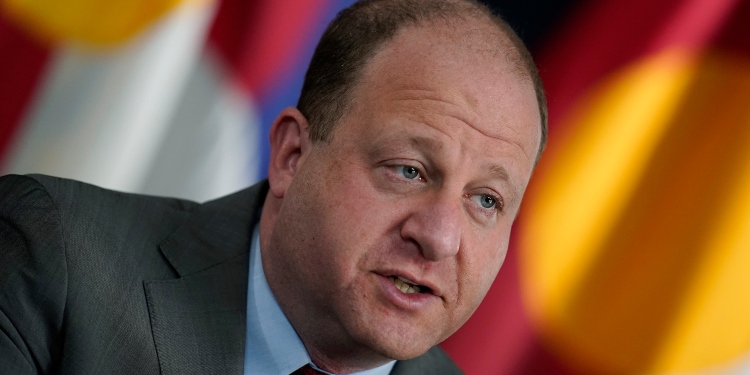