As the sun sets on the Obama administration, its members appear determined to allow themselves a few final self-satisfied victory laps. The latest cause for self-administered back pats in the West Wing is the announcement of a forthcoming Labor Department regulation that will double the income threshold for full-time workers to become eligible for overtime pay — from $23,660 annually to $47,476.

“De-rigging the system,” crowed the White House’s Progressive Outreach Director Jesse Lee. David Simas, an assistant to President Obama and the director of the Office of Political Strategy and Outreach, linked this accomplishment to those associated with the Affordable Care Act. “This and overtime rule is what change looks like,” he wrote, citing the number of people who have complied with the law and purchased health insurance. “A real difference in the lives of tens of millions of families.”

Oh, it’s a real difference, all right. The disruptions in the labor market that will necessarily follow such a substantial increase in the number of overtime-eligible workers (with a new automatic indexing rule, ensuring regular hikes in the future) may be considerable. According to the White House, however, this is a no-lose situation. Either workers will make more money, or their employers will force them to enjoy a ton of new free time!

No, seriously; this is the administration’s spin. In their infinite beneficence, the White House is giving employers a choice as to how they comply with the new rule. “Companies will face a choice about how they implement the regulation, including paying their workers overtime or possibly capping their hours, [Vice President Joe] Biden said,” read a Wall Street Journal dispatch. ‘“Either way, the workers win’ by either getting paid more or getting their time back to help raise their families or go to school, he said.”

Sure, you might not make more money, but think of all the free time you’ll have to look for a second job!

There are surely laborers whose time is abused by their employers, and the increased competition in the labor market as participation rates rise ensures that fewer Americans can afford to take risks with their positions. Further, eliminating some of the complexities associated with overtime exemptions for salaried employees is a welcome development. But it’s telling that so few of the White House’s outreach directors are touting the prospect of more take-home pay for the nation’s laborers. That’s no accident.

Labor is a service, and just like any product or service, its value is determined by a marketplace. When the value of labor is artificially inflated, those who are willing pay for such things cannot purchase as much of it. “Goldman Sachs economists estimated the rule would create about 120,000 new jobs in the year after it goes into effect,” the Journal revealed. “Those would likely be lower-wage hourly positions.” Writing in Reason Magazine, Veronique de Rugy observed that economists have long studied this proposal and determined that employers tend to respond to it by cutting base pay, paring back their employees’ hours, or simply downsizing their staff and increasing the workload on their remaining employees.

If all this is starting to sound familiar, it should. This is another iteration of the White House’s war on the invented scourge “job lock,” which Democrats nobly eliminated by allowing employers provide for their employees the gift of uncompensated time away from their jobs. That was the administration’s dizzy response to an explosive 2014 Congressional Budget Office report, which revealed that the Affordable Care Act would result in fewer hours worked and reduced productivity, yielding the equivalent of 2.5 million full-time jobs lost.

House Minority Leader Nancy Pelosi insisted that the revelation wasn’t a curse to the labor market but a boon to individual workers who would soon be liberated from employment. “[T]his was one of the goals: to give people life, a healthy life, liberty to pursue their happiness,” Pelosi insisted. “And that liberty is to not be job-locked, but to follow their passion.” The newly demoted, fired, or hourly worker would finally have time to become an artist or “write poetry,” the leading congressional Democrat beamed.

“I have no doubt that if, for example, we got rid of Social Security and Medicare, there are many 95-year-olds that would choose to work more to avoid, you know, potentially starving or to give themselves an opportunity to get health care,” observed Jason Furman, the chairman of the President’s Council of Economic Advisers. “Similarly, here CBO’s analysis itself is about the choices that workers are making in the face of new options afforded to them by the Affordable Care Act, not something about firms destroying jobs.”

That’s true, in a sense. The CBO report illustrated the choice before individual laborers would lead some to conclude that they could, and should, work less. In the same sense, these new labor regulations are only creating a choice for individual employers. They can choose to either pay their employees less or adjust their projections and redirect revenue to overtime, funds that would otherwise go toward expansion, capital investments, or other forms of employee compensation. Similarly, the progressive crusade to dramatically hike minimum wage rates isn’t itself creating a wave of automation. You’re not doling out your own frozen yogurt or ordering the “number two” at Wendy’s on an iPad because of new regulations, but merely as a result of the individual choices made by corporate executives. It’s an irony lost on those with “44” in their Twitter handles that a president who once denounced the scourge of automated teller machines and airport kiosks as contributing factors to persistent unemployment has presided over a sweeping introduction of automation into the workplace.

When University of Chicago researcher Sam Peltzman discovered the “Peltzman effect,” he might not have known that it would become a central pillar of the center-left technocratic faith. He observed that, when more safety regulations are in place, people become more likely to take risks. In an economic context, the theory suggests that people are more likely to take entrepreneurial leaps of faith when they are assured of a soft landing if they should fail. This is the theory that drives so many of America’s Democratic policy makers to make choices for millions of American workers that provide them with the undesired “gift” of more free time and less income. These social engineers may ultimately be correct, but I’d imagine that the subjects of their grand experiments would much prefer to take their own risks without being forced into them by those who think they know best. 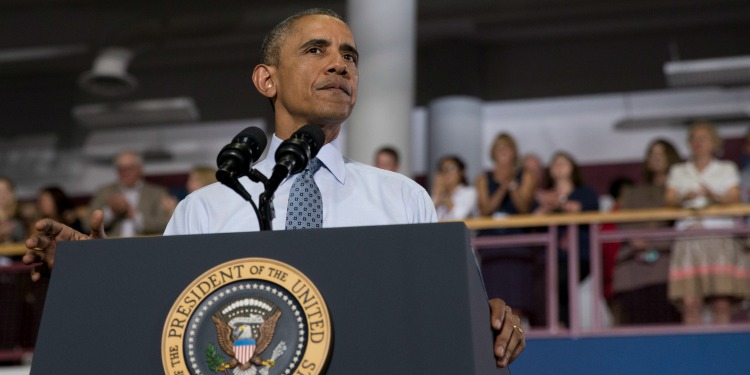