For the moment, Conservatism seems to have gone out of fashion.

Let’s back up. First, we should perhaps define conservatism. If there is one determinative and persistent trait to this ideological inclination, it is perhaps resistance to radical change for its own sake. Conservatism is not synonymous with the Republican party, although that is the vehicle through which conservatives in America are most likely to achieve political power and can realize their vision. The ideas of conservatism, however — its philosophical moorings — seem to have lost much of their appeal.

The philosophy of conservatism does not refer to the conservative governing program, although that, too, has shed some of its popularity even among those who might consider themselves Republicans. If you were to hop in a DeLorean and tell the 2012 version of yourself that the two most popular Republican presidential candidates in 2016 would be respectively championing nation building at home and a punitive tax policy aimed at cutting greedy “millionaires and billionaires” down to size, you would probably have your future self locked up. No, to the extent that philosophy still matters for conservatives, it is the kind that is generally divorced from granular and fleeting policy concerns.

Conservative political thought benefits from its inherent interest in protecting and preserving. Conservative values and philosophical attachments haven’t evolved anywhere near as rapidly as have those associated with progressivism. The centuries are replete with great men and women who have contributed to the intellectual vibrancy of this ideological affiliation. There is one giant intellect that is widely considered the father of the modern conservative movement, and anyone invested in the outcome of the current Republican presidential primary would be well-served to review his works. The writings of the Irish statesman and British parliamentarian Edmund Burke should help guide conservatives, who are currently wrestling over the direction in which they should take their timeless movement.

Burke is perhaps best remembered as a man of contradictions; despite his support for the Crown, he was also steadfastly behind the American Revolution. It was, however, his opposition to the French Revolution that set many of the intellectual foundations of modern conservatism. For passionate American revolutionaries like Thomas Paine and Thomas Jefferson, to refuse to support the popular, anti-monarchist rebellion in Paris was tantamount to betraying the values of their own republican revolution. For his part, however, Burke declined to defend his inconsistency and, in fact, embraced it. Consistency is no virtue if it leads to the justification of anti-democratic ideals, he reasoned. In the autumn of 1790, with the king still alive and the French Revolution having not yet evolved its bloody and retributive character, Burke’s was a controversial position to take. Still, he foresaw that France’s rebellion was a threat to the British order to which he had devoted his life. The French experience, he believed, would be unlike the English experience with the bloodless deposition of James II in the Glorious Revolution of 1688 because it had no constitutional framework toward which to look and be guided.

This sheds some light on why the American Revolution was an intellectual as well as military and political triumph. It, too, was guided by Anglo traditions, but it was also informed by, in a sense, a rather harsh judgement about the nature of man. The new American government did not seek to remake and perfect the rough character of humanity, as did France’s revolutionary idealists and as have many failed political revolutions since. American governing principles, guided by both the heady ideals of the Enlightenment and the practical lessons learned in the efforts of Englishmen to constrain their monarchs, held no illusions about the nature of human ambition and sought to impose as many checks on that often ugly attribute as possible.

Burke was not only right about France; he was right about the vengeful and petty character of mankind. In a letter to his son on the eve of an Irish rebellion in 1798, Burke acknowledged that the Irish had suffered duly for the crime of rebellion against the Crown and Parliament. He also suggested that, if the British were inclined to avenge that crime well after those responsible had passed, it would only precipitate future rebellions. “History records many things which ought to make us hate evil actions,” Burke wrote, “but neither history, nor morals, nor policy can teach us to punish innocent men on that account.”

“What lesson does the inequality of prevalent faction read to us?” he asked. “It ought to lesson us into an abhorrence of the abuse of our own power in our own day; when we hate its excesses so much in other persons and in other times. To that school true statesmen ought to be satisfied to leave mankind. They ought not to call from the dead all the discussions and litigations which formerly inflamed the furious faction which had torn their country to pieces; they ought not to rake into the hideous and abominable things which were done in the turbulent fury of an injured, robbed, and persecuted people, and which were afterwards cruelly revenged in the execution, and as outrageously and shamefully exaggerated in the representation, in order, a hundred and fifty years after, to find some color for justifying them in the eternal proscription and civil excommunication of a whole people.”

In this passage, Burke elucidates the value of reconciliation not out of some attachment to noble altruism but self-interest. His prescription for comity, in this case, is to resist the temptation toward vengefulness and spite.

Conservatives who are in the midst of their own defining civil struggle would do well to consider these words. Amid the primary, factional differences can take on significance disproportionate to their objective importance. To a neutral observer, there are more beliefs that unite conservatives than divide them. That is not to say that the present internecine dispute is not real and that it can perhaps only be resolved through bitterly fought contest. This is, however, a struggle similar to that which Burke cautioned against waging indefinitely.

Movement conservatives perceive themselves to have been taken advantage of by their elected leaders, who not only do not share their values or priorities but also appear to dislike them intensely. Big “R” Republicans see the more activist members of their coalition as hopelessly impulsive and imprudent, and who would gladly sacrifice the opportunity to see their preferred policies enacted rather than to suffer even the most modest of compromises. These are real grievances that deserve to be reconciled. That reckoning might only be achieved at the ballot box.

Once a new equilibrium is established and grievances are thoroughly litigated, however, it would serve conservatives well to return to Burke. In the prosecution of this conflict, conservatives of all stripes would do well to consider that men are by nature fallible, weak, corruptible, subject to temptation and vice; that men of ambition are rarely also possessed of a commensurate level of principle. Also, that magnanimity is a virtue, and that the offenses attributable to one generation do not justify meting out vengeance upon another. Conservatives who stand athwart the revolution do so with the knowledge of their own limitations. These things have a habit of unfolding in unexpected ways.

Progressivism, which has forever sought to remake man into something he is not, is far less suited toward conflict resolution and longevity than is the conservative movement. If it returns to its philosophical roots, conservatism and its governing vehicle will endure. So before we engage in tearing down the old, it’s worth considering that which is worth preserving. That is, after all, the essence of conservatism. 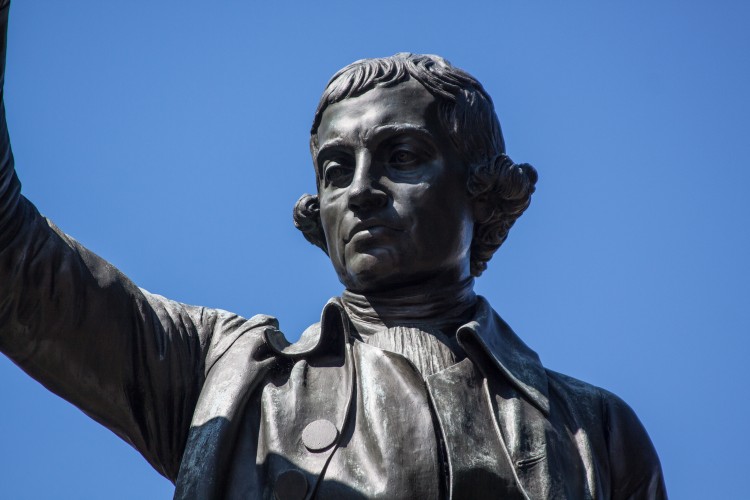