The FBI appears to be descending into a full-scale insurrection over Hillary Clinton. Unnamed sources within the Bureau are running to the press with stories that seem to confirm the worst suspicions regarding Clinton’s alleged corruption.

The Wall Street Journal‘s sources alleged that the Department of Justice put its thumb on the scales to prevent an investigation into whether the Clinton Foundation sold access to then-Secretary of State Clinton. Also citing unnamed FBI sources, Fox News reported that there are new—as in, allegedly deleted—emails from Clinton’s server on the electronic devices confiscated from Huma Abedin and Anthony Weiner. Also, “barring some obstruction in some way” from the DOJ, Fox says an indictment of someone in Clinton’s orbit is “likely.”

Conservatives should be cautious about embracing information that so precisely corresponds to their biases without the support of more sources. Still, one of the revelations involving potentially criminal conduct by Clinton has been the subject of expert speculation for months: the claim that Clinton’s decision to use an illicit server exposed sensitive U.S. diplomatic secrets to foreign governments.

“We’ve learned that there is a confidence from these sources that her server had been hacked,” Said Fox News Channel host Bret Baier. “And that it was a 99 percent accuracy that it had been hacked by at least five foreign intelligence agencies, and they believe things have been taken from that.” The public has known since at least May that Clinton’s server was not secure against possible infiltration attempts by foreign governments. State Department Spokesman Mark Toner has been unable to confirm that there were no successful hacking attempts on Clinton’s server. Clinton’s aides’ emails have been compromised by “hostile foreign actors,” according to the FBI. Moreover, her use of a Blackberry that was not State Department-issued in places like Vietnam almost certainly left the backdoor open to state actors.

There is a high likelihood that Hillary Clinton has been compromised. If the Chinese were sophisticated enough to steal every social security number of everyone who ever applied to work in the federal government and the Russians managed to upend a presidential election by infiltrating the Democratic Party’s committees, these governments surely had the ability to make short work of Clinton’s server if they knew of its existence. So why hasn’t the public seen any emails from Clinton’s time as chief diplomat? Perhaps because she remains the prohibitive favorite to win the presidential election in November, and that kind of leverage is better left undisclosed.

“Leverage” is the proper term for it. The fear that Clinton might be blackmailed as president by a foreign power would go some way toward explaining the frenzied cascade of leaks from the FBI regarding her conduct as Secretary of State. If, however, these leaks fail to derail Clinton’s campaign, it will fall to Republicans in Congress to manage and guide the president so that she is compelled to place national above her personal interests.

As Abe Greenwald observed in the November issue of COMMENTARY, among the more unfortunate consequences of Barack Obama’s presidency has been the success he’s enjoyed in sapping the country of its sense of national purpose. “Not only does the United States currently have no national purpose; the very idea of a national purpose is now unfashionable,” he wrote. “This is the logical result of eight years of American political leadership devoted to minimizing American global leadership.”

As Greenwald outlines, though, America does have a purpose. It is to serve as a champion for and defender of the rights of individuals in free societies. The neglect of that mission has led to a predictable resurgence of illiberal and authoritarian regimes, and the rehabilitation of oppressive totalitarianism in the name of efficiency.

On foreign policy, Clinton has not run as an ideological liberal dedicated to correcting for the perceived injustice of America’s prohibitive global dominance. Indeed, Clinton has run as a practical steward of the geopolitical status quo. Moscow’s brazen effort to make her life more difficult has likely only hardened her resolve to resist the objectives of this revisionist and expansionist power. Republicans in Congress should do all they can to compel Clinton to keep and maintain the post-War geopolitical order.

That means opposing realignments like the Philippines’ drift toward China with every soft power instrument available. That means scuttling unilateral rapprochement with illiberal regimes, like that which Barack Obama pursued with Iran and Cuba. That means defending America’s allies, however unsavory, with the aim of persuading them to embrace gradual, top-down reforms toward liberalism; not castigating them publicly, emboldening their adversaries and hardening the resolve of their domestic hardliners. Recommitting America to defending its natural allies and opposing its foes is a mission to which Clinton can and should dedicate herself, even if her own personal interests are at stake. And Republicans should stand behind her all the way—with drawn bayonets, if necessary.

Ideally, voters would reject a candidate as compromised as Clinton, but the alternative is in many ways even more unpalatable. Because both party’s presidential nominees cannot be trusted and must be constrained, the most desirable outcome of this race is that the 45th President face an adversarial Congress. Hillary Clinton can be contained and managed, but it will be up to voters to bind her to the national interest. 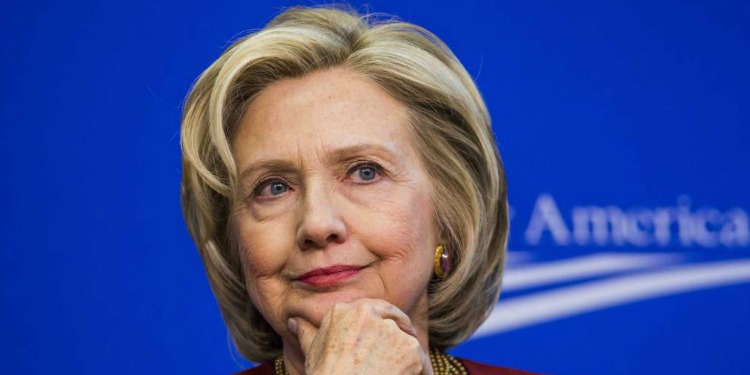