Donald Trump does not think like a president. In domestic terms, he does not dwell on macroeconomics or devote much effort to crafting comprehensive prescriptions for long-term growth. The president-elect thinks like a land developer. As such, he defines success in tangible terms. Great public works, massive spending projects, the restoration of 20th-century American heavy industry, et cetera. But the president is not a developer and the tools at his disposal are vastly different from those available to a real-estate mogul. While planning big, Trump has so far had to settle for small. In the pursuit of material victories, Donald Trump and his allies are not only going small but going left.

On Thursday, President-elect Donald Trump will travel to Indianapolis to take credit for a deal reached between Carrier and Indiana Governor and Vice President-elect Mike Pence to keep 1,000 local jobs in that state. Surely, that’s welcome news for the 1,000 Carrier employees who learned earlier this year that they would be losing their jobs when their domestic manufacturing facilities relocated to Mexico—a heartbreaking announcement that was captured on video and went viral online. This emotional story is the one Donald Trump wants to tell, but it’s not the whole story.

In February, United Technologies, the defense contractor that owns Carrier, announced that it was closing two unsustainable Indiana plants—the Carrier plant that employed 1,400 workers and an electronic controls plant with another 700 employees. It is not clear whether the 1,000 jobs staying in Indiana include the 400 jobs the firm announced it would keep local earlier this year under pressure from Indianapolis officials. It’s unlikely that the deal includes the electric controls plant. By admission, then, roughly half of the workforce that was slated to be cut and shipped off to Mexico is still destined for the chopping block.

UT had planned to offshore its Indiana manufacturing, saving $65 million in labor costs in the process. We don’t know the precise terms of the “inducements” Pence offered Carrier, but they are likely taxpayer-provided enticements in the form of tax incentives. UT, a defense contractor, already collects approximately $5.6 billion in revenue from the federal government. The cost paid by American taxpayers relative to the number of “jobs saved,” to borrow an Obama administration construction that is suddenly popular on the right, is unlikely to be typified by maximum economic efficiency.

It’s not unheard of for a state government to offer tax breaks or even loans to firms to keep them local. Maryland’s Republican Governor Larry Hogan just provided Northrop Grumman and Marriot International a series of high-dollar “inducements” toward that end. From a political perspective, keeping jobs from fleeing the state is a victory—the last minute theatrics of this deal’s announcement only enhances the effect. That this kind of corporate welfare is unsound economics (and antithetical to conservatism) is beside the point. There is, though, a proportionality problem here for Team Trump. Hogan kept well over 10,000 jobs in Maryland with his bailout loans. The much-reviled Troubled Asset Relief Program (TARP), of which the auto-bailout was a part, prevented whole industries from going under—to say nothing of their associated supply chains. Corporate safety nets like these have broad constituencies. By contrast, the constituency that will benefit from this Carrier deal is minuscule.

It’s for that reason that you can bet Donald Trump’s defenders will tout this victory for 1,000 Indiana-based laborers in disproportion to its effect on the larger economy. The effects of this deal have to be inflated to sate Trump’s desire to point to tangible progress on jobs resulting from his election alone. When the “deal” is dissected, the “jobs saved” metric appears chimerical, but the cost to taxpayers is very real. The same hash was made of a Ford Motor Company decision to provide the president-elect with a harmless rhetorical victory by canceling a plan to transfer production of a small Lincoln SUV to an existing Mexican production facility. That move was never going to cost one American his job, but the automaker’s decision may yet come at a cost to its consumers.

Even with all this having been said, Donald Trump is likely on firm ground. Conservatives may balk at this Republican brand of corporate welfare, but the GOP in Congress will not. We are all populists now. The nation perceived that the Obama era was one characterized by the extension of benefits to privileged interest groups, and Trump pledged that they would get theirs. Besides, what are Democrats going to do? Will the left suddenly argue that it is irresponsible to provide taxpayer-backed, market-distorting incentives to domestic manufacturers or service providers to induce certain behaviors? If so, it would be a repudiation of almost every major legislative package Barack Obama signed into law in his first term.

Conservatism wasn’t on the ballot in November, and it’s not on the menu now. That reality was never clearer than in the Trump administration’s embrace of what conservatives used to call “crony capitalism.” To quote Mitt Romney, “Sauce for the goose is good for the gander.” Pass the goose sauce. 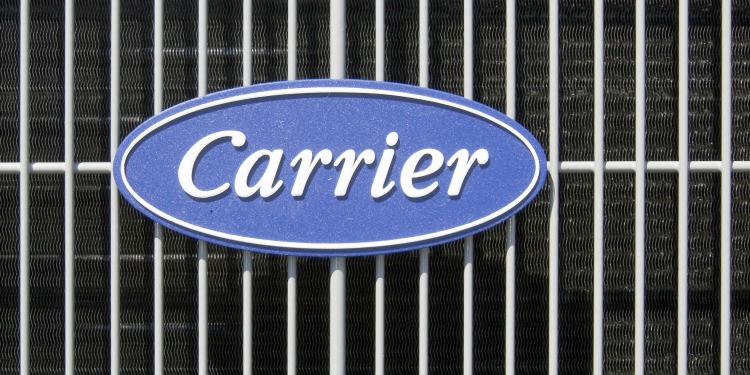