There is a conspiracy afoot. A campaign is underway to make you believe that rampant, organized petty crime is responsible for pushing major retailers and the services they provide out of major metropolitan areas like San Francisco. Fortunately for the sleuths who have uncovered this nefarious plot, one of the conspirators sloppily confessed his involvement in an earnings call with investors.

“You know, maybe we cried too much last year when we were hitting numbers that were 3.5 percent of sales,” Walgreens CFO James Kehoe admitted in an early January conversation with stakeholders. In fact, “we’re down in the lower twos,” he added. “Call it the mid 2.5, 2.6 kind of range now.” A year ago, Kehoe estimated that, with a 3.25 percent loss attributable to “organized crime,” his firm was “absorbing a 52 percent increase in shrink (i.e., lost inventory)” over the course of the pandemic. While he now contends that this multi-billion dollar firm’s losses were off by only a point, Walgreens is “quite happy” with current “shrink” levels.

MSNBC host Chris Hayes picked up on the pharmaceutical retailer’s comments and ran with them as evidence that the crime wave and its attendant consequences are bunk. “Remember that whole narrative running through the midterms,” he said, “that there was a massive, organized shoplifting crimewave that was so out of control it was forcing stores to close?” In the host’s estimation, Kehoe’s comments debunk the evidence of your own eyes.

Even though Hayes noted that the CFO had “bent over backward to reassure investors,” he failed to consider the incentives that might lead a corporate officer to put a rosy spin on his firm’s financial health. Hayes added that the comments were evidence of politically inspired fraud. After all, Walgreens could only attribute over one-third of inventory losses to “external theft.” That, Hayes suggests, dispels the existence of a crime wave. “I think this is something everyone needs to bookmark in their minds the next time you hear giant corporations warning about a”—scare quotes—“‘rampant crime wave.’”

Those “giant corporations,” particularly those of the publicly traded variety, have both fiduciary responsibility to investors and legal obligations that foreclose on their ability to participate in a plot designed to advance Republican political objectives. Moreover, evaluating the relative existence of a prohibitive level of organized retail theft in San Francisco doesn’t rise and fall with the pronouncements of C-suite executives at Walgreens. We can look to any of the other firms that have abandoned one of the largest markets in the United States.

Indeed, retailers with brick-and-mortar locations in San Francisco have been closing at a fairly regular pace since mid-2021 in response to, among other factors, a campaign of smash-and-grab attacks. Abercrombie & Fitch, Mercedes-Benz, Gap, CVS, Marshalls, Uniqlo, Cotopaxi, Nordstrom, H&M, DSW, Decathlon, and others felt compelled to deprive themselves of access to San Franciscans’ disposable income. They attributed that painful decision to various factors, including the pandemic’s strains on commerce. But retailers do not devote the time and expense to boarding up their doors and windows with plywood to mitigate the effect of supply-chain disruptions.

Additionally, Hayes cited reporting by the Atlantic’s Amanda Mull as further evidence that special interests conspired to trick the public into believing that there has been an uptick in organized petty theft. She posited that what we colloquially call “shoplifting” isn’t shoplifting at all. “Robberies, which is where smash-and-grabs generally fall,” she wrote, were slightly down in 2020, whereas larceny-theft increased modestly.

Mull acknowledges that California’s “Safe Neighborhoods and Schools Act” increased the felony threshold rate for theft in retail to over $950 while reducing jail time for those convicted of misdemeanor theft to no more than six months. “This was not the sole factor,” said one former San Francisco cop of the law’s impact on local retailers. “But it laid the foundation for everything that came afterwards. Criminals saw this more as a slap on the wrist and began planning small robberies down to the dollar amount or smash and grabbed stores for a single larger-ticket item.”

Mull, however, dismisses this as a contributing factor to crime rates by citing laws in South Carolina and Texas, which increase the felony theft threshold to over $2,000. “[A]s far as I can tell,” she adds, “they are not being widely accused of legalizing theft.” True, but nor would anyone accuse South Carolina and Texas of incubating a culture of lax criminal enforcement. That is precisely the charge San Francisco’s own residents leveled against its former chief prosecutor, Chesa Boudin, and it’s what led them to unceremoniously boot him from office.

San Francisco’s onetime district attorney presided over a city inundated by the homeless, murders spiked, and hate crimes targeting the city’s Asian population exploded. He allowed open-air drug markets to flourish, and offenders faced no penalty because, in his words, they were “themselves victims of human trafficking.” He blocked an effort to declare a state of emergency in the crime-plagued Tenderloin neighborhood because it would fail to address the “root causes of crime.” And, yes, organized gangs brazenly looted retail stores in broad daylight. And when they were caught, if they were caught, perpetrators regularly pleaded down their charges to avoid prison time.

The famously progressive city’s residents had enough of serving as the control group in Boudin’s social experiment, and they recalled him from office. And when they did, they and the city where they resided were accused of being crypto conservatives by columnists such as New York Magazine’s Ross Barkan. Because this is how the game works. It cannot be that the fruits of progressive governance are so bitter that even those who support the left’s ends cannot continue to back their means. They, too, must be the executors of a rightwing plot. Or, at least, they are unwitting dupes who have been bamboozled by sophisticated conservative psychological manipulation.

This is an exquisitely foolish enterprise. It’s not at all clear what those who engage in it derive save the satisfaction associated with exercising their own capacity for cleverness. Perhaps their audiences enjoy the fleeting high they get from the dubious assurance that their side of the political aisle cannot fail but for the machinations of wreckers and saboteurs. But that is probably cold comfort when it comes time for San Francisco residents to refill their prescriptions. 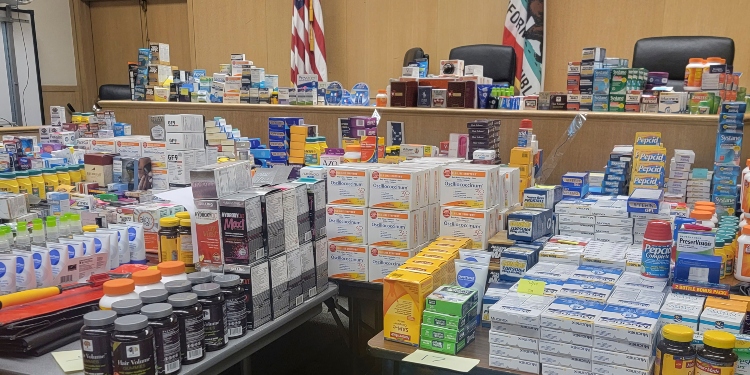