Let’s review the timeline of events.

Over the summer, American diplomats at the newly opened U.S. embassy in Havana began reporting mysterious physical ailments. They reported suffering nausea and discomfort, hearing loss, and some were even diagnosed with traumatic brain injury.

In August, the State Department revealed that they had expelled two Cuban diplomats from U.S.-based facilities in May for failing to protect foreign diplomats as required by the Geneva Conventions. They did not elaborate on what protections Havana failed to extend to U.S. diplomatic personnel or why those expulsions were kept quiet for months.

On September 1, State Department Spokeswoman Heather Nauert confirmed that 19 Americans were affected. The union representing Foreign Service officers said these maladies were the result of “sonic harassment attacks.” According to the State Department statement, that description was accurate, though they would only describe what occurred as an “incident.”

Two weeks later, the number of U.S. staffers in the Havana embassy affected by the sonic attacks expanded to 21. Several Canadian consular staffers had also suffered similar ailments likely caused by acoustic attack. Secretary of State Rex Tillerson confirmed that the Trump administration was considering closing the embassy entirely. A week later, the State Department issued a warning to all Americans to avoid traveling to the Communist island nation.

On September 29, the State Department announced that it was withdrawing all non-essential personnel from the U.S. diplomatic facility in Havana. Four days later, the Trump administration expelled 15 Cuban Foreign Service officers from the United States. The State Department explained that the move was reciprocal, designed to force Cuba’s embassy to adopt the same emergency posture under which American diplomatic facilities had operated for months.

On October 12, during a press conference, White House Chief of Staff John Kelly was asked whether the Cuban government was responsible for the acoustic attacks on U.S. diplomats.  “We believe that the Cuban government could stop the attacks on our diplomats,” he replied tersely. On Monday, President Donald Trump confirmed Kelly’s assessment. “I think Cuba knew about it,” Trump said when asked a similar question about Cuban complicity in the attacks. “I do believe Cuba is responsible. I do believe that, and it’s a very unusual attack, as you know, but I do believe Cuba is responsible.”

Given the gravity of an American presidential administration accusing a hostile government of being involved in physical attacks on agents of his administration, these comments have received nowhere near the attention they deserve. The president has gone right up to the line in accusing Havana of being party to acts of war. Yet neither the press nor the administration has treated the issue with the kind of grim significance it merits.

Obviously, the United States is attempting to pressure the Cuban government, but that effort appears to have failed. It is now spilling out into the public sphere and has become an international incident. If this dispute becomes a full-blown crisis, neither Washington nor Havana may have an obvious way to de-escalate the affair while saving face. The standoff may become a point of pride for both countries, with the potential to spiral as a result.

Is the Trump administration being coy because Cuba is shielding a partner from opprobrium, one that the Trump administration would prefer not to call out by name? It is entirely possible that a third party is behind these attacks, particularly considering that Havana’s interest in alienating its new partners in Washington is practically nonexistent. The most obvious party that comes to mind is Russia, but any number of rogue actors might also be responsible.

Perhaps there is a more cynical game afoot. Maybe the Trump administration does not want to protest too loudly because it or its predecessors have engaged in similar acoustic attacks on diplomats. Or maybe the full ramifications associated with prosecuting this attack on agents of the American government by the Communists in Havana are too terrible to contemplate.

Whatever the reason, the lack of forthrightness from the administration and curiosity from the press on this issue is conspicuous. You would think an attack by a foreign government on Americans on American soil, albeit an embassy abroad, would merit more attention. Apparently not. 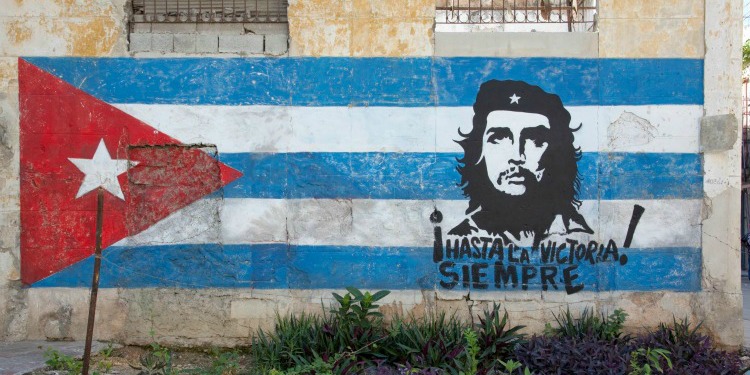