According to the notes of constitutional conventioneer Dr. James McHenry, when America’s premier elder statesman was probed as to the nature of the continent’s new government, Benjamin Franklin was ready with one of his trademark quips. “Well, Doctor, what have we got—a Republic or a Monarchy?” Franklin was asked. “A Republic,” he replied, “if you can keep it.” The error in Franklin’s presumption is that successive generations of Americans would be inclined to try.

Many antiestablishmentarians, who so frequently lament the nagging longevity of the Republican/Democratic duopoly, are elated over the present moment. We are witness to the ascension of the first American president never to hold prior public office or hold a military commission and for whom a party label—and ideology, for that matter—is unimportant. For many, this development represents an overdue correction and a shot across the bow of a comfortable governing class. Revolutionary sentiment is not itself altogether healthy, and America’s robust and tested republican democracy is only as strong as those who believe in it. That belief is apparently on the wane.

New York Times reporter Amanda Taub performed a public service by reviewing the findings of a forthcoming study in the Journal of Democracy. That disturbing study, conducted by Harvard lecturer Yascha Mounk and University of Melbourne, Australia, Professor Roberto Stefan Foa, suggests that respect for the Western liberal democratic model has collapsed among its chief beneficiaries.

In the Western and Anglophonic world, the belief that it is “essential” to live in a democracy has declined precipitously and steadily, decade after decade. That decline is particularly abrupt among “Millennials” born after 1980—the first generation with almost no living memory of the Cold War. That is not to say that illiberal models of social organization have found new favor in upcoming generations, but nor are they especially infatuated with republican norms.

Taub observed that a study published in that same journal earlier this year found that “43 percent of older Americans believed that it was illegitimate for the military to take over if the government were incompetent or failing to do its job, but only 19 percent of millennials agreed.” The researchers found a strong generational divide, as the youngest in the 1980s and 1990s were less inclined to “embrace political radicalism.” Today, the opposite is true. These are staggering figures with ominous portents for the near future.

It is easy to rag on the upcoming generation as one that is estranged from the political process and ignorant of history and civics. It’s far harder to assess how this generation acquired these ignoble values. The process of cultural osmosis in which republican virtue is communicated to upcoming generations has broken down. The institutions that are meant to safeguard civilian self-rule are no longer trusted to, as the study noted, “deliver public goods, to hold officials accountable, and to provide effective government.” This condition has been a long time in the making, and it has many fathers.

Since 1973, Gallup pollsters have been testing attitudes toward a variety of public and private institutions, and never has there been such a broad disapproving consensus toward America’s foundational organs of self-government. Congress, the national legislature and theoretically the body most responsive to the public will, ranks dead last. The public is similarly disenchanted with the criminal justice system, the Supreme Court, and the presidency. In fact, the only federal institutions that still enjoy the public’s confidence are the police and the military. This is a dangerous place for a republic to find itself.

All of this is academic right up until the minute it’s not. For a country with a 240-year tradition of republican government, it is almost unthinkable that these civilian institutions for which generations of Americans fought and died could be cast aside to the sound of applause. The evidence suggests otherwise. A crisis between civilian and military leadership in which Congress declines to intervene is a scenario that is no longer difficult to envision. It is not unthinkable that such a conflict could be resolved through extra-constitutional measures, or that the American voting public would respond negatively to that development.

Liberty and self-government are not the natural state of affairs. Liberal democracy is messy. It thrives on compromise. In a populist era in which the public becomes convinced that the game is zero-sum, compromise is tantamount to sedition. A generation of American absolutists may have fallen out of love with the sclerotic government to which the Founders pledged their lives, their fortunes, and their sacred honor, but they should be careful what they wish for. They won’t like what comes after America. 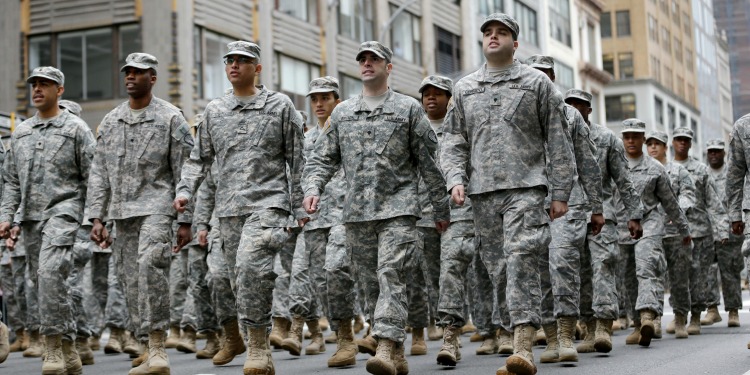