“This isn’t complicated,” I wrote one month ago. It still isn’t.

On August 7, Democrats pulled off a bait-and-switch. They cobbled together a fraction of the spending proposals they pursued unsuccessfully in the form of the “Build Back Better” bill. But they called it the “Inflation Reduction Act” because they had no other choice. Voters were not clamoring for $485 billion in spending on climate change, Medicare expansion, and taxes on energy providers that will reduce the deficit ten years down the road. They wanted to reduce inflation.

It was a risky bet. The law’s name acknowledged the foremost concern among most voters heading into November, and it promised that help was on the way. But it isn’t.

In August, overall inflation increased when economists expected that it would decline. In September, the Consumer Price Index beat expectations once again. All in all, the price of all goods is up by 8.2 percent from last year, with all items minus food and energy (so-called “core” inflation) growing by .6 percent in just one month.

The rationalizations demanded of anyone who sets out to convince themselves this isn’t a positively disastrous series of events for Democrats are nothing short of Olympian. The Republican Party’s job is, by contrast, pretty easy. The party in power knows inflation is a problem—they told you as much. And when they said they were coming to your rescue, they lied.

But for the sake of argument, let’s explore some of those rationalizations.

We are sure to be admonished for thinking that the “Inflation Reduction Act” would, you know, reduce inflation on something a little speedier than a geologic timeframe. That, we’re going to be scolded, is too much to ask. As “experts say,” the law retailed as a means of fighting inflation “won’t help curb inflation dramatically nor right away,” NPR reported in August.

Maybe Nancy Pelosi’s statement upon the law’s passage that the “Inflation Reduction Act” would “also fight inflation” was a tipoff that America was being played. But the White House did insist that the law primarily “will lower costs for families.” Those expectations were set by Democrats, and Democrats failed to meet them. Republicans have done little more than watch this charade.

Voters who reset the glacial pace of the “Inflation Reduction Act”’s foremost selling point are unlikely to be mollified by another Democratic claim: the law’s effect on medical costs. The “Inflation Reduction Act” lets Medicare fix prescription drug prices, makes health insurance more affordable, and generally “lowers health care costs for millions of Americans,” according to the Centers for Medicare & Medicaid Services. Maybe just not right away.

In September alone, medical costs rose by a full percentage point. Prescription-drug prices declined by a whopping 0.1 percent, but the cost of “physicians’ services increased 0.5 percent over the month, while the index for hospital services increased 0.1 percent,” the Bureau of Labor Services report reads. Year over year, the costs associated with medical care are 6.5 percent higher than they were last year.

Because the “Inflation Reduction Act” was also, somehow, the “biggest piece of climate legislation that’s ever been considered in U.S. policy,” at least Americans with homes and cars could expect some relief.

Next year, eligible families will be able to purchase new electric vehicles and install rooftop solar panels with backup batteries at a reduced cost. That’s cold comfort if you’re struggling to afford little things like fuel oil (up 58 percent from last year) or food (up 8 percent overall, and 11 percent if you’re comparing today’s grocery bill with 2021’s). But since the cost of new cars is up 9 percent from last year, and motor vehicle insurance increased by 1.6 percent last month alone, those electric-vehicle subsidies will only go so far.

And you’re going to need a home to put those solar panels on, which is an increasingly expensive proposition. Mortgage rates have reached a 16-year high, and existing home sales are on the decline as the Federal Reserve does its best to correct the mistakes of the political class. New housing construction is anemic, with new multi-family units propping up the sector almost entirely. “The latest Census report shows that in August, privately owned housing completions were 5.4% below the revised July estimate of 1.419 million,” HousingWire reports.

At least America’s inflationary woes will prove a boon to America’s seniors. Social Security recipients will see a staggering 8.7 percent increase in their cost-of-living adjusted disbursements next year. That gigantic boost follows what was already a gigantic COLA boost of 5.9 percent this year. How that affects the program’s forecast trajectory toward insolvency in 2035, only its trustees can say. But it will mean higher taxes for middle-class Americans.

If Republicans cannot keep their eye on this ball, drive it down court, and dunk all over their Democratic opponents, they don’t deserve to play this game. 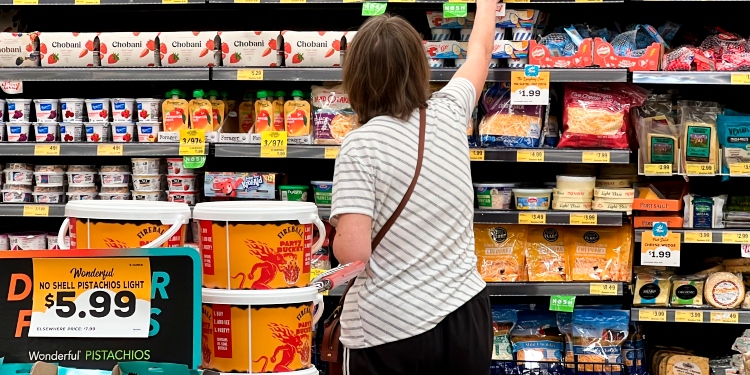