For the first two years of this presidency, Democrats alleged that Trump was a unique threat to the American constitutional order. His disregard for the safeguards that preserve the republic from usurpation by kleptocrats and despots were eroding our civic framework before our very eyes, they told us. They alone could be trusted to defend the Constitution from its enemies, foreign and domestic. But as the 2020 presidential cycle has matured, Democrats are now openly pursuing policies that the Constitution implicitly or expressly forbids.

When Democrats took control of the House of Representatives, their first item of business took aim at the nation’s founding charter. HR 1, the “For the People Act,” was billed as an anti-corruption measure that would reform voting and election laws, curtail the influence of money in politics, and impose stricter ethical standards on public officials. Some of the proposals in this statement of principles are unobjectionable. Others are even desirable. But the centerpiece of the legislation, its electoral reforms, are also probably unconstitutional.

The bill includes provisos that would force political groups to run ads revealing the identities of those who donate over $10,000, and anti-lobbying restrictions so broad that they could be interpreted to criminalize even casual conversations between former government officials or contractors and policymakers.

The Democratic bill would impose independent redistricting commissions on every state in the Union and dictate to those commissions the criteria that could be used for reapportioning voters into representative districts, which the Supreme Court is unlikely to favor.

Another provision that would establish taxpayer-backed matching funds for federal campaigns seems almost identical to a state-level measure the Supreme Court struck down earlier this decade. But a simple debate over this measure’s constitutionality fails to fully account for the sordid impropriety of an incumbent Congress voting itself taxpayer funds to support its own reelection efforts.

Not satisfied with letting their congressional allies have all the fun, the Democratic Party’s cast of presidential aspirants seem just as eager to argue against the Constitution.

“I think they stole a Supreme Court seat,” Sen. Cory Booker said of the GOP-led Senate’s constitutional prerogative to provide or withhold from the president their advice and consent regarding appointees to the federal bench. To remedy this condition, Booker advocated “term limits for Supreme Court justices,” but that would require a constitutional amendment.

So, too, would Elizabeth Warren’s proposal to abolish the Electoral College. Indeed, just such an amendment has already been introduced in the House. The Constitution empowers the states, not the federal government, to conduct elections. Federalizing elections would be a radical redefinition of how Americans think about electoral politics. It is, to say the least, unlikely that the federal or state-level legislators from the smaller states that benefit from the Electoral College would consent to their OWN disenfranchisement.

Warren’s plan to pay for the Democratic Party’s myriad spending proposals would also probably necessitate some constitutional tinkering. Her proposed “wealth tax” tramples on the 16th Amendment’s capacity to “levy tax on incomes,” not to simply expropriate funds from bank accounts the federal government arbitrarily deems too flush. The Supreme Court has routinely upheld the constitutionality of taxes on the transfer of wealth—from commerce to inheritance taxes—but not assets themselves.

On Monday, Sen. Kirsten Gillibrand appeared to endorse restricting “someone on the terror watch list or to someone who’s gravely mentally ill with a violent background” from exercising their Second Amendment Rights. “No fly, no buy,” she said to the applause of a town hall audience. These and other so-called “red flag laws” strip Americans of their fundamental rights without due process. Democrats know  that the blatant abridgment of foundational American rights is unconstitutional when Trump does it, but they seem unable to recognize this behavior in themselves.

In so many cases, the Constitution is an obstacle to realizing the Democratic agenda. One or the other must go. If that’s the choice Democrats put before voters in 2020, they’re not going to like the public’s verdict. 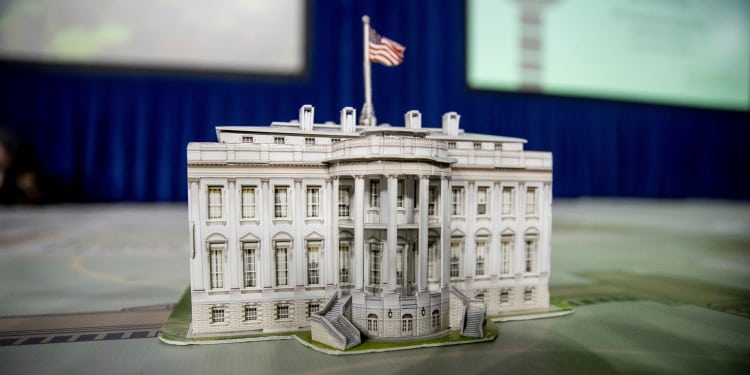