You have to feel bad for conservatives and Republicans who have been dragged into a debate over whether Amazon is a valuable company. To engage earnestly with the idea that Jeff Bezos’s disruptive online retailer and entertainment producer is an unacceptable threat to existing retail or a drain on the American treasury is to take Donald Trump’s impulse-driven Twitter missives at face value. That’s a mistake, and I think those on the right know it. The American president is haranguing Amazon because the moneyed dinosaurs with whom he has surrounded himself find it threatening. But he’s doing it mostly because he dislikes the fact that the company’s owner also owns the Washington Post, which has failed to revere Trump to his satisfaction. In a roundabout way, the president is exerting pressure on a private American enterprise to effect a change of editorial culture in an American newsroom. That’s not only dangerous; it’s un-American. Republicans who stifle their criticism of Trump today are abetting the establishment of a precedent they will profoundly regret when it is deployed against them.

Since March 29, the president has unleashed a conspicuous tide of invective against Amazon, the Washington Post, and, via inference, the owner of these firms, Jeff Bezos. Trump has attacked Amazon for failing to pay enough taxes, for using the U.S. postal service as its “delivery boy,” and for putting retailers out of business. Again, these are dubious arguments based on faulty logic and misleading statistics. They are not worth engaging on their merits, though they do perform a service. These tweets expose once again that Trump’s instincts on policy are those of the center-left. No conservative would claim the impulse to shackle a wildly successful and innovative job creator like Amazon with a higher tax burden solely to protect uncompetitive legacy firms and sclerotic government bureaucracies. Perhaps more important, though, these tweets reveal the extent to which conservatives within the Republican firmament have fallen out of love with the idea of limited government. If the GOP is Trump’s party now, then it is also a progressive party.

Conservatives should not pretend that the president is trying to ignite a serious policy conversation. He is salving his fragile ego by attacking a perceived enemy and leveraging the power of the presidency to enhance the authority of those attacks. Bezos is not alone; from behind a keyboard, the president has launched renewed assaults on familiar old targets including CNN, NBC, Mexico, the Justice Department, Resistance Democrats, Establishment Republicans, and anyone else responsible for the kind of mild effrontery the president cannot bear. What makes Trump’s assault on Amazon different, though, is that it has been effective in a way that his attacks on other entities cannot be.

Since Trump launched his war against the private American firm, the company’s stock has collapsed by 5 percent, costing it $36 billion in market value. That devastation is occurring amid a market selloff resulting from the inauguration of Trump’s “trade war” with China, so it is difficult to isolate the extent to which Trump’s tweets or Trump’s policies are hurting this firm, its investors, and its employees. It is clear, however, that the president’s tirades are having a substantial impact on Amazon’s share price.

According to reporting from venues like Axios and the New York Times, Trump regards critical reporting about him and his presidency as a personal attack. The Post, therefore, is seen by the president as “Bezos’ political weapon.” Maybe the president is simply venting his frustrations on Twitter, but that discharge has the effect of punishing Amazon’s shareholders for their affiliation with Bezos. Maybe Trump’s animating impulse is pride, but his objective is the censorship of the Fourth Estate. Conservatives would be fools to pretend that the next president will not try to intimidate his or her adversaries similarly and with a more considered and, therefore, achievable objective in mind.

This isn’t some revelation. Conservatives know that precedent begets precedent. They know that the president can be unprincipled. They know what they’re witnessing is wrong and threatening to the customs on which the Republic is built. Perhaps they believe that speaking out will open them up to the charge that they are affiliating with the likes of liberal New York Times editorialist Michelle Goldberg, who recently noted that Trump’s attacks on Amazon are suggestive of the kind of soft authoritarianism preferred by aspiring autocrats worldwide. But Goldberg is absolutely correct. Will conservatives deny that Trump has appealed to the extortive methods of despots like Vladimir Putin, Nicolas Maduro, and Recep Tayyip Erdoğan because this Times editorialist’s political affinities are not their own? If so, that isn’t calculation; it’s cowardice.

Watching the right abdicate its moral authority is made even more painful because it will be followed by insufferable hypocrisy when a Democrat retakes the White House. Conservatives had no trouble recognizing the threat posed by a president’s scapegoating of the private sector when Barack Obama was doing the scapegoating. Surely, these conservatives will suddenly rediscover principle and patriotism when Trump flies off on Marine One for the last time, but by then it will be far too late. Persuadable minds will have long ago stopped listening. For those who believe the conservative program is the best hope for the American economy and the maintenance of U.S. interests in the world, that is an appalling tragedy. Those responsible for it today will not be able to shirk that shame. 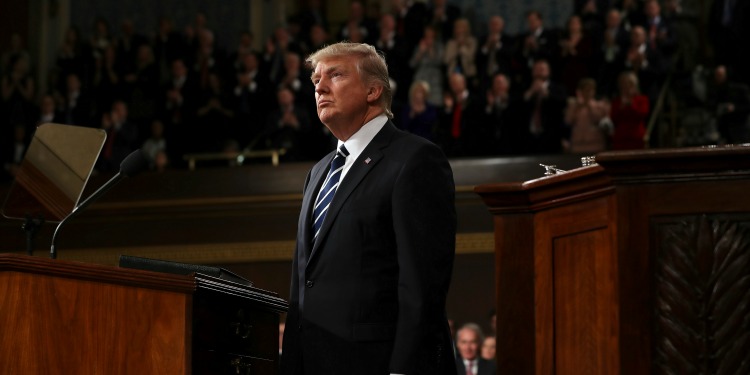