As the frantic speculation intensified on Sunday about Hillary Clinton’s stumble outside of the 9/11 Memorial in New York City, a handful of observers noticed that the manic frenzy of calumny and conjecture was missing the voice of Donald Trump. His silence was as conspicuous as it was uncharacteristically prudent. By not weighing in, he let a news cycle entirely focused on Hillary Clinton’s health and her campaign’s paranoid defensiveness plays out uninterrupted. Reporting indicates that this strategic choice on the part of the Trump campaign is rooted in the belief that Clinton’s comments about half of  Trump supporters belonging in a “basket of deplorables” is more damaging. That is a mistaken presumption.

A campaign of mockery and shame from Clinton allies directed at reporters and commentators who dared to question the nominee’s health has made everyone cautious when it comes to wondering aloud about her current condition. As Jonathan Tobin observed, anyone who noticed that Clinton had on several occasions appeared fragile on the trail and prone to fits of coughing was attacked as having misplaced or even suspiciously bigoted priorities. Yesterday, the Democratic presidential nominee’s campaign reluctantly proved the speculators right.

The campaign initially claimed the heat caused Clinton falter, but despite the best efforts of Clinton backers to join in the assertion, the weather in New York was not especially taxing and everyone in New York knew it. The campaign finally admitted that the Democratic presidential nominee had been diagnosed with walking bacterial pneumonia on Friday. In conjunction with an allergic reaction that caused her coughing fits, the debilitating illness caught up with her on Sunday amid a brutal campaign schedule. Pneumonia is no joke for anyone, particularly for someone of Clinton’s years. Had her campaign preemptively released the diagnosis to the public and maintained a truncated schedule, the controversy surrounding Clinton’s health might have been replaced with sympathy. Instead, the campaign obfuscated. They lied, and they got caught.

That is what is so damaging to Clinton. The perception that she is constitutionally incapable of honesty is well earned. What’s more, Clinton’s health is, by her own admission, a matter of pressing public interest. According to the FBI, Clinton explained that a 2012 head injury and the resulting blood clot in her brain had caused her to suffer temporary memory loss and confusion. Her condition was so acute that she had supposedly forgotten briefings on how to handle classified documents or how to preserve communications to comply with records keeping laws. That highly implausible contention is alone enough to merit the release of Clinton’s medical records.

And yet, early signs suggest the newly disciplined Trump campaign is not going to dwell much on this matter. To focus on the health of a woman of relatively advanced age is a fraught prospect. That’s especially true for Donald Trump, who himself released a sham of a doctor’s note that contended the fast food-loving candidate is the fittest person ever to run for the presidency. Instead, Trump will spend the week trumpeting Clinton’s now withdrawn assertion that “half” of Trump’s voters can be dismissed as irredeemably racist, bigoted, sexist, homophobes.

Clinton’s health scare exposes what voters dislike most about her: The cavalier way in which she lies compulsively and reflexively. By contrast, Clinton’s “deplorables” comment does echo one of her campaign’s core messages. Clinton delivered a speech last month in which she both defined and condemned Donald Trump’s supporters in the “alt-right.” Her campaign has released web spots focusing on Trump’s support from KKK leaders and self-described neo-Nazis. Clinton appeared on Israeli television where she made the same contention almost verbatim. That’s no gaffe; that’s a campaign theme.

The reason her “deplorables” comment was a bungle is two-fold: first, she made it at a closed-door fundraiser and, second, she put an unrealistically large number in that first, ignoble basket. That was a mistake, and it’s one for which the campaign apologized. But the notion that this comment is akin to Mitt Romney’s remarks about the “47 percent” is a category error. Mitt Romney never made the “47 percent” a central theme of his campaign.

Trump and his supporters will bristle over the contention that a full half of his supporters are racist, but no one batted an eye when Clinton repeatedly attacked Trump’s “racially conscious” supporters without attaching a number to them. By refocusing the nation on his supporters, Trump is doing Clinton an implicit favor. He’s asking the public to take a good hard look at the GOP nominee’s fan base. Those same fans believe that being maligned in this way will redound to their candidate’s benefit. Countless hours of tape rolling at Trump rallies for over a year will, however, paint an entirely different picture of this cohort for the nation. It’s one that the Trump campaign will likely regret inviting.

Hillary Clinton is her own worst enemy. Her paranoia and clannishness yields mistrust. Recent revelations regarding Clinton’s untruths are likely to have contributed to a tightening in the polls heading into the autumn. If, however, the Trump campaign thinks they are better served by rallying the wagons around his “deplorables,” they will have lost the plot along with the election. 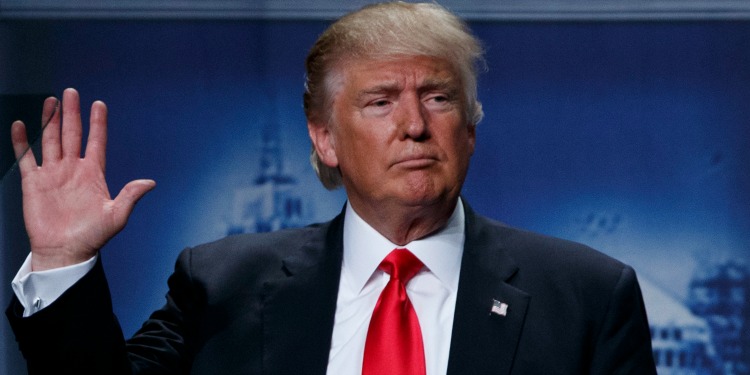