The story involving the Donald Trump campaign’s links to Russia is moving fast—and so are the pro-Trump talking points.

To sum up the week’s revelations, Donald Trump Jr. took a previously undisclosed meeting in June 2016 with a lawyer with ties to the Russian government. He did so with the explicit intention of receiving compromising information on Hillary Clinton. He took this meeting, along with Donald Trump’s campaign manager Paul Manafort and son-in-law Jared Kushner, despite being informed in writing that this offer of assistance was an expression of the Russian “government’s support for Mr. Trump.” Trump Jr. expressed no shock at this admission. “I love it,” he replied.

This morning we learned the meeting was also attended by Rinat Akhmetshin, a former Soviet counter-intelligence officer and a Washington lobbyist with a habit of working on behalf of Moscow’s interests in the United States. Both he and Natalia Veselnitskaya, the Russian attorney with whom Team Trump met, were involved in efforts to undermine the sanctions placed on the Russian government in response to the 2009 torture and murder of an anti-corruption attorney in Russian custody.

This meeting and dissembling on the part of those in attendance that followed its discovery went off like a bomb in pro-Trump ranks. The president’s outside partisans are scattered and disorganized—and so they have lost their most precious asset: unanimity. Before, the line was that there was simply no evidence the Trump campaign had entertained the prospect of “colluding” with the Russian government or its representatives. That line is now inoperative. And the partisan effort to defend the campaign, or at least to create a smokescreen to deflect from the seriousness of the accusations involving Trump Jr.’s conduct, are uncoordinated, unconvincing, and often conflicting.

The first line of defense for Team Trump now rests on legalities. “I’m not saying there’s no collusion,” Rep. Sean Duffy told CNN back in May. “I’m saying I don’t think there’s any collusion based on what I’ve seen.” He added at the time that he would “love to come back” to talk about evidence of collusion, should it ever materialize.

On Friday, he did come back. And here’s what he said. “I don’t have an issue with it,” Duffy told CNN. “There’s nothing wrong with that. That’s not a crime.”

Pro-Trump news outlets have taken to shredding some Trump opponents’ more hysterical assertions, among them that the president’s son committed treason. “Trump Jr.’s actions do not legally qualify as treason based on this specific constitutional definition,” the Daily Caller reported accurately. This is sound analysis as a matter of jurisprudence. As a political question, however, arguing that your guy didn’t technically commit treason against the United States is inhospitable terrain.

Then there are those who insist they are discomfited by Donald Trump Jr.’s behavior and are disinclined to defend it outright, but are just as eager to make note of the fact that his actions are not dissimilar from those of their political opponents.

“Politics is war,” wrote The Washington Examiner columnist Lisa Boothe. She noted that the Clinton campaign was alleged to have sought out sources in the Ukrainian embassy seeking information on Manafort’s work for the pro-Russian Yanukovych government—work that eventually forced Manafort  out of the Trump campaign. “Is it wrong to seek foreign governments’ help in digging up dirt on an opponent, or isn’t it?” she asked. As Max Boot demonstrated, these are apples and oranges, but let’s assume for argument’s sake that the comparison is perfect. If the answer Boothe seeks is “yes,” than Donald Trump Jr. is actually guilty of some offense by her own standards (a concession she freely offers).

That’s no defense at all. It’s an indictment.

Finally, some seem inclined to cast Trump Jr. as the victim—a patsy who was put in a compromising position as a result of a sprawling conspiracy involving the Russian government and the Obama administration. That theory rests on the revelation that Veselnitskaya was allowed into the country in 2016 only as a result of a special visa waiver sought by then-Attorney General Loretta Lynch. A comprehensive editorial in Investor’s Business Daily lays out the conspiracy theory in a Socratic fashion, and also demonstrates the ways in which Democrats were conciliatory toward Moscow in the Obama years. “Democrats and the left didn’t just collude with Russia; they embraced them, and show no shame in having done so,” the piece concludes.

The Obama administration did indeed sacrifice American interests in an effort to seek rapprochement with Russia. But it’s well-nigh impossible  to use that fact to criticize the Trump administration, especially given that one of its senior White House officials  appeared on television just yesterday and begged that we “give collaboration and cooperation” with Russia “a chance.”

Which is it? Is Russia a partner or an adversary?

Ascend to cruising altitude and survey the political landscape, and it’s plain that this week ushered in a new paradigm. No longer can Donald Trump’s defenders form a united front. They are divided on even whether to mount a defense of the president’s son’s behavior, to say nothing of what that defense should be. Maybe because there isn’t one. 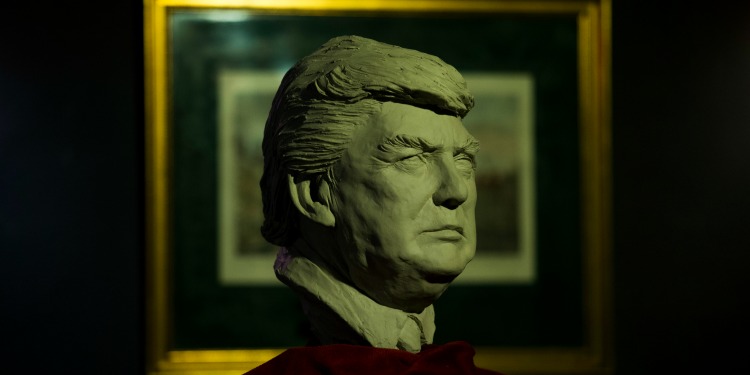