Donald Trump’s supporters are today involved in a scene-chewing display of apoplexy over how recalcitrant conservatives are out to get their guy. This week, Ted Cruz is public enemy number one, but it was someone else last week. You can bet it will be another Republican foil next week, too. For the GOP nominee’s coterie of flatters, to acknowledge that the real problem for Donald Trump is Donald Trump is to give up on 2016, the White House, and all it’s associated power and influence. It was Trump himself, however, who sabotaged his supporters this week far more than Cruz’s subtle refusal to bend his knee. The latest bit of self-sabotage from Trump is no contrivance or fleeting political controversy. It cuts at the very heart of a question millions of non-partisan American patriots are asking themselves right now: is Donald Trump a fit person to be president? The conclusion that more and more are reaching based on the candidate’s own comments is “no.”

This week, convention speakers like Governors Chris Christie, Mike Pence, and former Speaker Newt Gingrich declared that Hillary Clinton would abandon America’s allies. They added that she is far too lenient with autocrats like Russia’s Vladimir Putin. Donald Trump’s Republican Party is in no position to make that claim. Even as Mike Pence was accepting his party’s nomination to the vice presidency, Donald Trump was actively undermining their ticket. At that moment, the New York Times released the write-up of an interview with GOP nominee in which he made explicit that which he had only previously implied: Under a Trump administration, Vladimir Putin can have his way with Europe.

“I was just in the Baltic states,” Times reporter David Sanger began, noting that these nations are deeply troubled by the prospect of Russian military intervention. “If Russia came over the border into Estonia, Latvia, or Lithuania,” he asked, “would you come to their immediate military aid?” To this, Trump did not reply with a perfunctory “yes,” as any responsible presidential aspirant would do. Instead, he went off on NATO member states “that aren’t paying their bills.” When pressed on America’s treaty obligations and whether Trump would abide by them, he said that would depend on whether they have “fulfilled their obligation to us.”

This is dangerous talk. Estonia, in particular, is genuinely and frequently threatened by Russia. It stands between Russia proper and the Moscow-controlled, heavily militarized European enclave of Kaliningrad. In 2007, a Russian cyber-attack brought the country to its knees. In 2014, Russian forces crossed the Estonian border, deployed smoke grenades and communications jamming technology, and kidnapped a border guard who they later put on trial in Moscow as a spy. That a Republican presidential candidate would dare entrain the prospect of letting Russia have its way in the Baltics only emboldens Moscow’s land-hungry president and may lead him to make a deadly miscalculation. Ambiguity about how nations would respond to threats to their interests is how wars begin.

Trump’s grasp of what NATO does, its obligations, what its member states contribute, and what benefits it yields to the United States is extremely tenuous. It should be clear by now that he has no interest in educating himself. The fact that he is married to the notion that NATO is an expense America cannot afford and that it is appropriate to blackmail U.S. allies all over the world into paying for the privilege of Washington’s protection exposes him as a neophyte—or worse.

The U.S. does contribute 22 percent of NATO’s operating budget, amounting to less than one-tenth of one percent of total annual U.S. defense spending. America’s GDP is greater than any other NATO member state, so it’s contributions in terms of defense spending—the equivalent of 3.5 percent of GDP—are greater in relative terms than any other member. As of last year, Estonia and Poland—two of the nations most threatened by Russia—were also two of the five members of this 18-member alliance that did meet what Trump ominously calls “their obligations,” e.g. spending the equivalent of 2 percent of GDP on defense.

But taking Trump at his word misses the point. He merely retrofits evolving rationales onto one key preconception, which is and has always been that Vladimir Putin should have a sphere of influence in Europe and Asia in which he can freely operate, even if that comes at America’s expense.

Trump has and continues to defend Russia’s destabilizing and quite nearly catastrophic intervention in Syria—even as Western military assets were already operating over Syrian skies—on the pretense that Russia had an interest in attacking ISIS. But the self-described caliphate was a useful tool for Syria’s Bashar al-Assad, and Moscow generally devoted its attention to striking CIA-backed anti-Assad forces and American-provided weaponry.

Trump has apologized for Putin’s clear involvement in the murder of journalists and opposition figures. “I think our country does plenty of killing,” this supposed champion of American greatness dared to say in the dictator’s defense.

Republicans in Congress have been staunch critics of Barack Obama for not responding more forcefully to Putin’s invasion and rushed annexation of sovereign Ukrainian territory—the first Anschluss of its kind since 1945—and toward the proxy war that continues to rage in Ukraine’s east. Not anymore. Trump’s campaign chairman, Paul Manafort—himself an advisor to Putin-backed dictators in the region—managed to compel Republicans on the party’s platform committee to jettison language committing the party to provide stronger support for Ukraine. After all, as Trump himself said, the Russian-led war in Eastern Europe is “really a problem that affects Europe a lot more than it affects us.”

It is not clear what America gains from pursuing rapprochement with a revanchist autocrat in Moscow, but it is very clear what Donald Trump’s interests are—and all of them are personal in nature. Trump has long sought to expand his business empire to Russia, and his behavior and hiring practices suggest that he never gave up on that goal. If building a glittering gold hotel in St. Petersburg must come at the cost of American credibility and democracy in Eastern Europe, so be it. 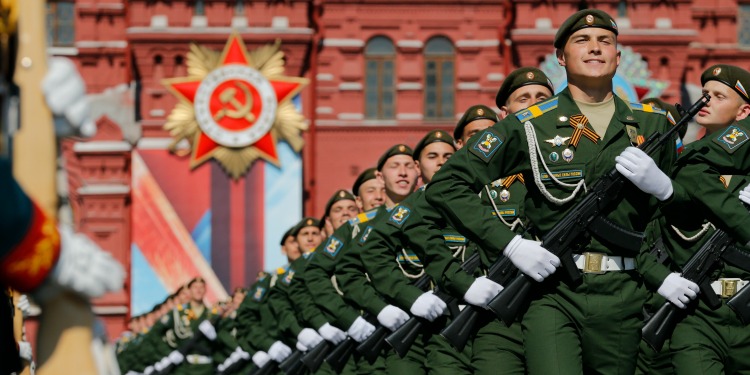