Republican stakeholders are getting nervous. The insurgent campaign waged by Donald Trump for their party’s presidential nomination appears unassailable. No matter what conspiracy theory he embraces or key voting bloc he offends; regardless of the insults he slings or the constituencies he alienates, it seems like his campaign cannot be derailed. The party’s national committee has tried to keep him inside the tent while its establishmentarian presidential candidates do their best to kick him out. Both share the overarching aim of kneecapping Trump’s support among the disaffected and seething elements of the party’s populist wing that have gravitated toward him. Trump’s crude comments and his base instincts deserve every rebuke that the GOP can muster. He has earned all the slights Republicans, Democrats, and objective analysts have hurled in his direction. All, save one. Donald Trump does not deserve to be called a “fascist,” and it is counterproductive for those invested in the celebrity candidate’s diminution to call him that.

The notion that Trump is a modern incarnation of Benito Mussolini has been gaining traction in a number of influential venues. CNN reporter MJ Lee set out to ask whether or not Trump is a fascist in a recent dispatch and, with a perfunctory nod toward caution when using such a charged term, essentially determined that the answer to her question was “yes.” That report quotes tweets from figures that are close to prominent GOP presidential candidates like Jeb Bush, Marco Rubio, and Ted Cruz, including our own Max Boot, who expressed revulsion at what they called Trump’s fascist tendencies (as exposed by his recent openness to a database that would help the government monitor people of Islamic faith). Lee quoted a number of historians and scholars who see eerie parallels between Trump and a number of mid-20th Century strongmen of dubious repute.

“Historians say they see other characteristics of fascism in Trump in addition to his propensity for racial and ethnic stereotyping,” Lee reported. “Among them: nativist undertones, attempts to control the media; and even condoning violence against his critics.”

In a coincidental development, that report was followed hours later by the release of a web advertisement from John Kasich’s campaign – not even a supportive PAC – that took the charge several steps further. The spot features Air Force Colonel Tom Moe paraphrasing a famous quote from the German Protestant pastor Martin Niemöller’s post-World War II lectures. The ad draws a clear comparison between Donald Trump and Adolf Hitler.

First, while it might be a rather fine distinction to make, it is nevertheless important to note that fascism is not synonymous with Nazism. To cheapen that militant, authoritarian, genocidal system of social organization by using it to describe an entertainer is careless at best. Trump has done nothing to deserve the indictment but to talk. If we are to define down the charge of totalitarianism to mean belligerent speech, then conservatism will have become no better than the spoiled adult-size children who populate college campuses demanding safe spaces to protect them from intellectual exercise. Were Trump to attain power, the nation might be subjected to the darkest impulses that animated history’s Tojos and its Francos, but that day is not today.

Second, even if this charge were a valid one, it will have precisely the opposite effect that I imagine those who deploy it wish that it would. There is a segment of the Republican electorate that does not evaluate Trump like they would a traditional candidate. For many, adoration of Trump less resembles traditional support for a politician and is more akin to fandom. The unfounded notion that their champion, the blank canvas onto which they’ve projected their dreams, is little more than the reincarnation of Father Coughlin will only foster sympathy for him and push them deeper into Trump’s camp. Those, like Kasich, who hope to chip away at Trump’s appeal by linking him to a murderous ideology responsible for millions of deaths are not only displaying remarkable sanctimony and myopia but are making the task of discrediting Trump that much more difficult.

Donald Trump is not a national socialist. He’s not even an agitator of the likes of Charles Lindbergh, who was genuinely anti-Semitic, isolationist, favorable toward eugenics, and fiercely xenophobic. He is an entertainer. While his rhetoric is of a dangerous sort, and his instincts are genuinely authoritarian, Trump has not earned the label so liberally applied to him. Not yet, at least. And though a lout is merely a tyrant who lacks power, Donald Trump is still the former. Conservatives should not debase themselves in the effort to denounce anyone, no matter how deserving they are of denunciation. 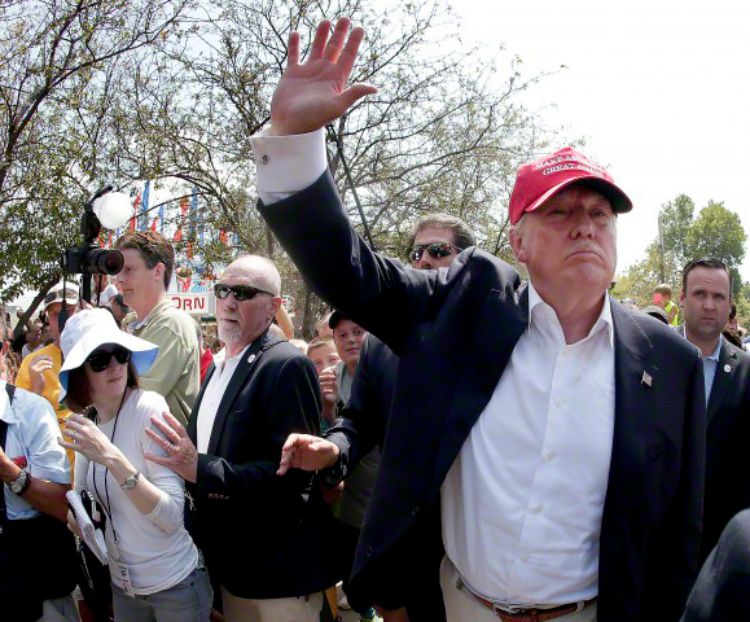