For Republicans with even a passing attachment to the principles of conservatism, as opposed to merely the personalities who count themselves among the movement’s members, the fatalistic refrain so often repeated over the course of 2015 has been that “nothing matters.”

The latest Republican of dubious loyalty to be thrown into the stockades by the movement’s purity police is soon-to-be Speaker of the House Paul Ryan. The Wisconsin representative and former GOP vice presidential nominee has done more to advance conservative principles and a Republican agenda in the age of Obama (and has taken innumerable arrows for it) than virtually any other elected official. For the alleged heresies of preventing a financial meltdown in 2008 with his TARP vote and for supporting comprehensive immigration reform, Ryan has been branded a “RINO.” This is unhinged in the most literal sense. It is an opinion divorced from reality and lent legitimacy only by the critical mass of angry Republicans who have also succumbed to this mania.

There is no small irony in the fact that many of those conservatives who are supposedly so committed to principle that Republicans like Ryan, Rick Perry, Jeb Bush, Marco Rubio — et cetera, et cetera – have been judged suspect are foursquare behind Donald Trump’s presidential candidacy. It has been demonstrated again and again that Trump is an orthodox liberal with a hawkish stance on immigration, but it matters not to Trump enthusiasts and those conservative media figures that seem to think their influence is enhanced by linking themselves to his movement. As he becomes more assured of the blinkered devotion of his fans, Trump appears to be shedding even a pretense that his candidacy is a conservative one. For most of his career on the fringes of American politics, Trump has demonstrated that his instincts are generally liberal, and he appears to be reverting to form.

To the extent that Donald Trump has a position on reforming America’s ballooning and unsustainable entitlement obligations, it is whatever he thinks the audience in front of him at any given moment wants to hear. More often than not, however, Trump has contended that he does not favor changes to Medicare or Social Security’s present structuring. He would address budgetary shortfalls, he says, by liquidating American military expenditures abroad and maximizing federal revenue collection at home. He has in the past added that changes to entitlements are too politically risky, which is objectively true. That is why Paul Ryan was pilloried by Democrats, accused of “throwing grandma off a cliff,” and what led radio host Mark Levin to call Trump a “clown.”

As Trump has encountered a potent rival in the form of Dr. Ben Carson, he has taken to differentiating himself from the candidate by, among other things like attacking his “energy” level and questioning his faith, contending that Carson would reform entitlements. “Ben Carson wants to abolish Medicare – I want to save it and Social Security,” Trump wrote on his Twitter account on Sunday evening. This was a flip-flop in record time. Not hours ago, Trump appeared on ABC News where he was asked if he would support health savings accounts in order to render Medicare unnecessary. “Well, it’s possible,” he told host George Stephanopoulos. “I think it’s a very good idea, and it’s an idea whose probably time has come.” Apparently that time came and went in the interim between breakfast and dinner on Sunday.

A creature of the media, it is rarely wise to underestimate Trump’s willingness to parrot the dominant narrative in the press. The latest and least well-founded contention among media professionals is that the Benghazi select committee’s questioning of Hillary Clinton was a total bust for Republicans. Given the gravity of the revelations about Clinton’s conduct and the administration’s knowledge of the nature of the attacks while they were ongoing, much of which was revealed at that marathon hearing, this claim is nothing short of a rearguard action to shield Clinton from criticism. Leave it to the Republican Party’s presidential frontrunner to legitimize this media narrative. “It was very partisan, and it looked quite partisan,” Trump averred on CNN on Sunday amid his endless whirlwind media tour. Maybe, but it was also quite productive. Moreover, most Republicans on the panel (and Democrat Tammy Duckworth, to her credit) behaved in a dispassionate and prosecutorial manner. To give succor to the liberal storyline that this was a partisan exercise lends validity to the Democratic contention that Hillary Clinton emerged a “winner” out of a process that should be immune to such parochial characterizations.

And what of the fevered passions with which Trump-backing conservatives decry the apparition of “amnesty” for illegal immigrants, the specter of which haunts their imaginations and crowds out virtually any objective or rational thought. In an interview with Larry King, Trump was asked if his unfeasibly aggressive deportation proposals have any redeeming character in the form of compassion for those families he proposes to break up.  “We will do something that will be done with heart,” Trump vowed. He added, however, that he would not be more specific. “I don’t want to comment on that one right now, Larry, because that’s the sort of a question where I just don’t want to answer it right now,” Trump said. He has already claimed that he would reintroduce the “good” illegal residents he deports in some expedited fashion. Perhaps this is the start of Trump’s embrace of a pathway to grant amnesty to this population that avoids the cost and redundancy of his imagined re-importation process.

Trump’s retreat on immigration should not surprise anyone who is acquainted with Donald Trump’s liberal predispositions. Trump has in the not-too-distant past called Jeb Bush a “bright, tough and principled” Republican, scolded Mitt Romney for the callousness of his contention that illegal immigrants should face conditions in America that compel them to “self-deport,” and told a group of DREAMERs (the non-citizen children of illegal immigrants) that they had “convinced” him to support their pursuit of full, unqualified citizenship.

To all of this, we turn again to the pessimistic exhortation that none of it will matter. Not to Donald Trump supporters, at least. The candidate is almost secondary to the emotions he produces in his followers, which are previously unknown influence and satisfaction over the irritation his candidacy is causing the political system’s stakeholders. “I feel, for the first time in my life, that I am not invisible,” a devoted Trump fan told Washington Post reporters this weekend. For the candidate’s most indefatigable supporters, Trump’s policy positions are secondary to how he makes them feel. The candidate’s leftward drift is a window into how he would govern, but it’s a window into which his admirers would rather not peer. 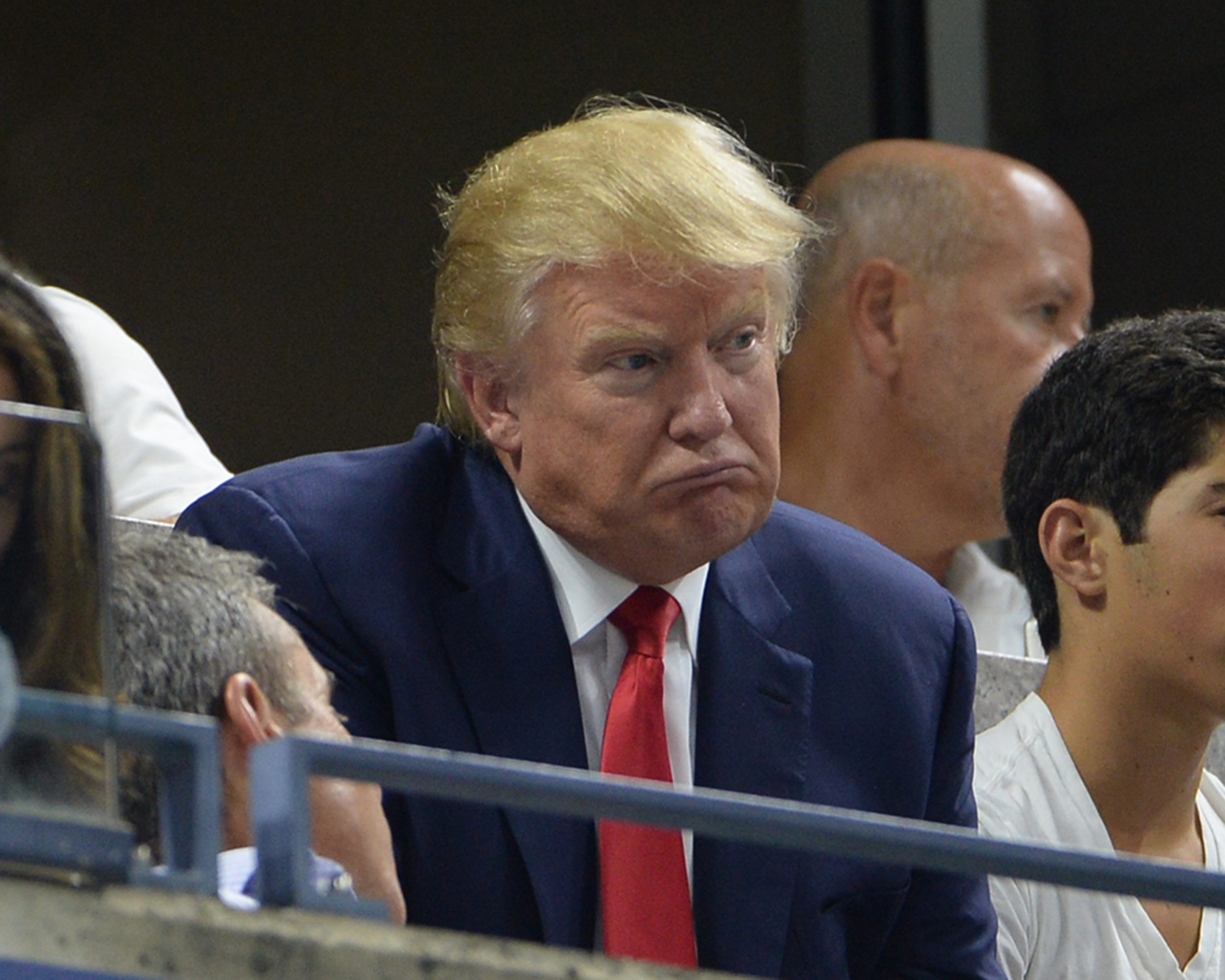