As is often the case at this stage of the presidential election cycle, energized and enthusiastic partisans find themselves falling for their preferred candidate. He or she can do no wrong, and those who dare to question or vet them thoroughly are immediately dismissed as insufficiently committed to the cause, at best (saboteurs, at worst). Of course, the voter who falls hard for their candidate of choice will eventually suffer a broken heart. Politics is the art of compromise, and compromise invariably disappoints the infatuated activist. Rarely, however, do you see the activist primary voter professing similar affections for the party with which they identify. This is a wholly good and uniquely American phenomenon. Despite the longevity of both of America’s two dominant political parties, they are about as unloved by voters as the founders, who disparagingly referred to them as “factions,” would have it. The activist partisan is admonished to “never fall in love,” though the warning is rarely heeded. The elite party elder is equally deserving of this reproach, although it applies less to individual candidates and more to the political party that has earned their adoration.

A political party is not a church. It is not a union into which the average member pays dues. A political party is a conduit through which a commonly shared set of principles is converted into political power and action. They are not permanent fixtures worthy of veneration, but vehicles that serve a utilitarian purpose. When their usefulness is spent, it is because it has ceased to be broadly representative. The coalition that the imperiled political party represents has grown too narrow to be self-sustaining. Eventually, the spent force that has become of the dying political party faces external pressure from one or more competing organizations.

This is the existential crisis that Britain’s venerated Labour Party may soon face. Max Boot astutely identified the crucible into which Britain’s opposition party may soon consign itself. As Labour’s voters gravitated leftward, that ideological shift was reflected in the party’s leadership. “Red Ed” Miliband oversaw the conservative landslide election in recent memory during his time as Labour leader. For the first time since 1992, British Prime Minister David Cameron now heads a majority Tory government. “Seems like there might be some political lessons for the U.S. out of the U.K. election — with Miliband’s Warren style, anti-business, anti-bank rhetoric clearly falling flat with the general public even as the press ate it up,” Politico’s Ben White observed following the left’s rout.

White was not alone in noting that there are lessons in that stunning victory – one not foretold in the public polls – for American lawmakers and pundits. “One is the Miliband lesson,” said economist and former Congressional Budget Office Director Douglas Holtz-Eakin. “The U.S. has now seen that people in the U.K. don’t really like this focus on inequality and redistribution. It’s not where people are.” This lesson has gone utterly unheeded by both Labour and its cheerleaders in the overtly biased British press. With the revered party of the working Briton preparing to elevate the far-left radical Jeremy Corbyn to succeed Miliband, Labour appears committed to the political equivalent of dousing itself in gasoline and lighting a match.

“Labour has struggled for years to fill the center-left niche, something that it did reliably in recent years only when Tony Blair was prime minister,” Boot wrote. “Yet now Blair is reviled within his own party; the heart of Labour activists has been captured by Corbyn.” Boot noted that Labour is less interested in winning general elections today than in self-defeating petulant protests. But the party’s more pragmatic liberals are not doomed to political homelessness. There is an alternative, albeit one that has lost much of its appeal in recent years: the Liberal Democrats. Formerly the Liberal Party, the Lib Dems were once the leading center-left party in Britain before the early 1920s. It may be Labour’s turn to fade into the background if the Lib Dems again become the responsible center-left alternative to conservative governance in the United Kingdom.

How much does Labour’s conundrum have to do with American politics? Not much, for now. But that may not forever be the case. Donald Trump took a substantial amount of heat from Republican pundits and loyal party members when he refused to pledge his support for the eventual GOP nominee, whomever that may be, at the first Republican Presidential debate. To the extent that he is seeking that party’s nomination, it was a bit improper. But Donald Trump is a Republican out of convenience. Since Ronald Reagan, he has supported every president of both parties when they were popular, and he has turned on them when they fell out of public favor toward the end of their terms in office. It makes sense that Trump would eschew fealty to a party with which he is only marginally affiliated. Moreover, it isn’t surprising that Trumps’ supporters, many of whom are voters with even less attachment to the GOP or are outright hostile toward the Republican Party, should fail to see this as a flaw in the candidate’s character.

Rejecting absolute fidelity is a condition that goes both ways. Should Trump emerge the party’s standard-bearer, it would signal a rejection of almost every principle for which conservatism stands. Surely, Trump’s surge has had an impact on conservatives’ priorities, but his single most unifying issue – immigration – simply failed to register with most Republican primary voters as recently as May. According to an NBC/Wall Street Journal survey of self-described Republicans conducted that month, immigration ranked behind even values issues as the chief matter they’d like to see the federal government address. According to a January Pew Research Center survey from January, “dealing with global trade issues” — another thematic element of Trump’s presidential bid — was listed by only 29 percent of Republicans as their preferred priority for the federal government in 2015.

It’s not at all clear that Trump could represent the Grand Old Party in any comprehensive sense. “Trump proposes seizing money that illegal immigrants from Mexico try to send home. This might involve sacrificing mail privacy, but desperate times require desperate measures,” the columnist George Will wrote. “He would vastly enlarge the federal government’s enforcement apparatus, but he who praises single-payer health-care systems and favors vast eminent domain powers has never made a fetish of small government.”

“Mr. Trump has supported massive tax increases on the wealthy, a Canadian-style single-payer health care system and is a fierce protectionist.” COMMENTARY’s Peter Wehner observed. “He once declared himself “strongly pro-choice” and favored drug legalization. Earlier this year he accused Republicans who want to reform entitlement programs – the essential task for those who favor limited government — of ‘attacking’ Social Security, Medicare, and Medicaid. Barack Obama couldn’t have stated it better.”

The fact that the front-running Trump is by far the most liberal of the 17 Republican presidential candidates does not, however, give the GOP’s leaders license to destroy the Republican Party in order to save it. Justifiably distressed by the prospect that the celebrity candidate’s abrasive brand of anti-immigrant rhetoric will turn off the voters the party needs in order to win back the White House, state-level GOP chairs in North Carolina and Virginia have reportedly contemplated requiring a fealty oath for candidates seeking the presidential nomination if they want to obtain access to the primary ballot. This would be a mistake. It would provide Trump with all the righteous impetus he needs to launch a third-party bid for the White House and enhance the already acute sense of alienation perceived by his supporters. But it would also be a philosophical betrayal. Political parties should not demand loyalty; they should earn it.

If Trump is the party’s nominee – still an unlikely prospect given how many self-identified Republicans describe him as the candidate for whom they could never vote – his candidacy would indicate that the GOP has, to coin a term, pulled a Labour. It would have elevated a candidate for whom conservatism is anathema and who appeals only to an exceedingly narrow band of voters that have only a passing acquaintance with conservatism and are more inclined toward populism. At that stage, it would be clear that the Grand Old Party could no longer meet the needs of its former constituents.

Bedeviled by internal tensions among anti-slavery Democrats, Free Soilers, and Know-Nothings, the American Whig Party had come to stand for little more than anti-Jacksonian elitism by the middle of the 1850s. Prior to its eclipse by the rising Republican Party, it was an intellectually vibrant institution that gave rise to many a statesman. The historian Joel Silbey described Abraham Lincoln as “a partisan Whig ideologist and spokesman for his party’s cause in campaign and legislative debate.” When he became the first Republican President of the United States, Lincoln revived much of the Whig Party’s political and cultural agenda while simultaneously casting off the air of ineffectuality and pretentiousness that had come to characterize Whiggery. The country was better for it. The principles that defined the movement to which Lincoln associated hadn’t changed, but the outlet thorough which he translated those principles into political action had. As such, the outlet had to go. 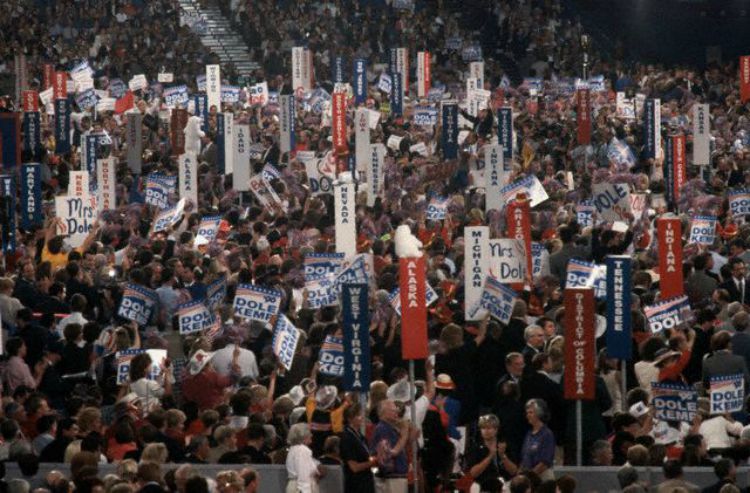