Democratic cynicism notwithstanding, Hillary Clinton’s reckless handling of State Department communications did represent a national security risk. Democrats should finally concede that fact if they hope to preserve their moral authority, and they’re going to need it if they hope to investigate similarly careless behavior by President Donald Trump successfully.

It wasn’t just Clinton’s use of a private server to house sensitive diplomatic communications “for the purpose of convenience” but also her preference for using a personal BlackBerry over a more secure State Department-issued mobile device that had the potential to jeopardize national security. As Secretary of State, Clinton used her personal mobile device while on sojourns to places such as Brazil, South Korea, and Vietnam. That last destination represented a unique threat due to the potential for Chinese intelligence assets to access Clinton’s device either directly or through intelligence-sharing agreements with Hanoi. As former FBI Director James Comey noted, Clinton’s “extremely careless” conduct included accessing her private email in territory accessible by America’s “sophisticated adversaries,” all of whom could transform a mobile device into a conduit for the transmission of data or even into a listening device with relative ease.

For all of Donald Trump’s familiarity with Hillary Clinton’s misconduct, he doesn’t seem to have drawn any lessons from it.

If Wednesday’s report in the New York Times is accurate, Donald Trump’s mobile habits are the stuff of waking nightmares for America’s national security professionals. Reportedly, “current and former officials” overcome by “frustration with what they considered the president’s casual approach to electronic security” told Times journalists that Trump has been repeatedly warned that his personal cell phone calls to friends are not secure against foreign interception. The president isn’t listening.

The Times revealed that U.S. intelligence agencies believe Russian and Chinese assets are “eavesdropping” on his telephone calls, learning how he thinks and what lines of argumentation influence him. Moreover, they are using these lessons to fine-tune their espionage efforts. Both Moscow and Beijing have cultivated a network of people with the president’s ear and have applied their knowledge of the president’s thought processes to their influence campaigns in the effort to shape U.S. foreign policy.

Intelligence agencies, including America’s, invest substantial time and energy into the development of psychological profiles for key figures around the world. These investigations are designed to help analysts learn what motivates foreign leaders and to predict how they will react under stress.

The threat posed by Chinese influence campaigns targeting the president is particularly acute. In February, FBI Director Christopher Wray warned Senate investigators that Chinese intelligence assets are infiltrating the United States via American universities and industry at an astonishing rate. At the same time, Chinese domestic military and space technology is experiencing a renaissance. The People’s Republic has been accused of forcing American firms to surrender sophisticated technology to them in order to gain access to the lucrative Chinese market. It has also been accused of stealing intellectual property from businesses like Amazon and Apple with miniature microchips hidden inside technology supplied by Chinese manufacturers.

What’s more, there is a severe espionage imbalance between the United State and China. Between 2010 and 2012, the Chinese government discovered and liquidated dozens of CIA sources inside the country. The scope of Beijing’s efforts to roll up American spy networks inside the country only became fully known to the public last year. This imbalance was believed to have contributed to China’s 2015 hack of the Office of Personnel Management which exposed to Chinese spies the personal identification of virtually anyone who had ever received a security clearance or been a federal employee. Similarly, America’s sources within the Kremlin have also recently gone quiet—right around the time that House intelligence committee investigators revealed the identity of a Kremlin-connected FBI informant who spoke to the FBI about Moscow’s 2016 efforts to intervene in the U.S. electoral process.

If all of this had occurred under President Hillary Clinton, the chants of “lock her up” that still follow Donald Trump wherever he goes would resonate. Republicans would be attacking the president for losing the espionage race against America’s two most dangerous adversaries, and they’d be right. 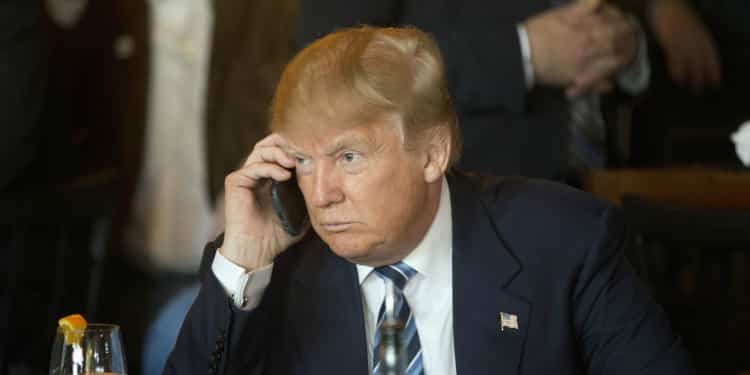