Marco Rubio missed an opportunity last night to do something that might have been politically stupid but nevertheless righteous. There is a malignancy eating away at the Republican Party, and Rubio passed on an opportunity to begin the work of excising it.

In an appearance on Fox News, Rubio was asked about yet another contemptible contention from Donald Trump; one that would be remarkably ignorant of American legal and cultural traditions coming from anyone other than this candidate, but which nevertheless merits parsing. Rubio was asked whether or not he thought it was appropriate for the United States to shred the First Amendment and consider shuttering mosques that are implicated in inciting hatred.

“I think we need to target radicalism,” Rubio said. “A lot of it is actually happening online, not simply in Mosques.” He attempted to launch into a defense of the religious practices in the vast majority of American mosques when Fox News Channel host Megyn Kelly repeated her question.

“It’s not about closing down mosques; it’s about closing down anyplace – whether it’s a café, a diner, an internet site —  anyplace where radicals are being inspired,” the Florida senator continued. “Whatever facility is being used — it’s not just a mosque – any facility that’s being used to radicalize and inspire attacks against the United States should be a place that we look at.”

This was hardly an inappropriate response to Trump’s claim that the United States may have “no choice” but to consider closing centers of Muslim worship suspected of giving succor to radical Islam. It was, however, immediately stripped of its context and fed to journalists with the misleading headline “Rubio Open to Trump’s Plan to Close Mosques.” Those who disseminated this inaccurate headline complied on a YouTube channel stocked with opposition research on Rubio were appropriately scolded, and the headline was soon changed, but the collective response of the GOP field to this development was as clear as it was disheartening.

The effects of Trump’s remarks have not been to force most of the party’s leading candidates of the non-populist variety to recoil in horror. Instead, some have displayed undue deference toward Trump and those who think like him. This is an inadequate response to the dangerous populist sentiments to which Trump is giving voice.

The real estate mogul’s suggestion that America should at least entertain the prospect of liquidating rather than monitoring potentially radical mosques is, perhaps, dismissible if only because of its blatant unconstitutionality. Another of Trump’s contentions should, however, inspire a more forceful response because of its potential feasibility.

Again, when prompted by a reporter who asked whether it would be appropriate to keep a federal database of Muslims for tracking and monitoring purposes, Trump did not rule it out. “I would certainly implement that. Absolutely,” Trump replied. It is worth noting that Trump did not float either of these two ignominious, un-American proposals, but that he responded in the affirmative when they were suggested by both friendly and antagonistic media personalities. That is precisely why Trump is a substantial threat to the Republican Party’s image. He does not have the politicians’ instinct to measure his words and couch his responses. What his supporters like about him is exactly what makes him so dangerous. Trump keeps only his own counsel, and his instincts are ugly,  radical, and appeal to our worst natures.

To their shame, most of the GOP presidential field has not spoken out forcefully against Trump’s irresponsible comments, with the notable exception of Jeb Bush. “You talk about internment, you talk about closing mosques, you talk about registering people. That’s just wrong,” Bush said. “It’s not a question of toughness. It’s to manipulate people’s angst and their fears. That’s not strength; that’s weakness.” The speed with which Bush pounced on Trump’s comments leads one to wonder where that anti-Rubio YouTube account came from, but that’s beside the point. Bush deserves credit for taking a politically perilous stand in defense of a noble tradition of American religious tolerance. The sad thing is, for Bush, it wasn’t an especially brave stand; his unenviable position in the polls rendered this an easy decision.

Rubio’s rise in public opinion surveys has come at Jeb Bush’s expense. Perhaps Rubio feels like he cannot afford to alienate a single prospective voter, especially those who are already suspicious of him for his support of a 2013 comprehensive immigration reform plan. After all, according to University of Massachusetts survey data, he’s the “bridge” candidate that can unite the party’s populist “outsider” wing and it’s more establishmentarian voters. If he is being cautious about turning off Trump supporters, Rubio is falling prey to the trap that Bush warned of when he stated his intention to “lose the primary to win the general.”

The Republican Party entered 2015 well positioned to frame itself as the party of religious tolerance standing athwart an unattractive liberal impulse to sacrifice theological convictions upon an altar of statist mandates. The GOP was quick to remind the nation in 2014 that the Religious Freedom and Restoration Act signed by Bill Clinton, and similar state-level laws, preserve the freedom of both individuals and corporations from having the government violate their principles of faith. The Supreme Court ratified the Republican position in their decision in Burwell v. Hobby Lobby Stores, Inc. The Court is again set to render another verdict on whether the federal government has a right to trample on the rights of the faithful when it decides on the constitutionality of contraception mandates in Little Sisters of the Poor v. Burwell. In both of these cases, conservatives are on the right side of the Constitution, the Founders’ belief in a blind system of justice, on religious pluralism and tolerance. Republicans would be extremely unwise to undermine their position now by framing theirs as the party of religious tolerance only so long as that religion is of Judeo-Christian origins.

Republicans can still save their party’s image from the opportunists who would destroy it. Trump is the vehicle from which they derive relevance, and it is clear now that the celebrity candidate cannot be undone by head-on attacks. Like any insurgency, it won’t be defeated without severing its supply lines. Anyone who lends credence to the notion that houses of worship should or even could be liquidated, or that those who adhere to a particular religion should be labeled and monitored, is unworthy of time or attention. Those who are even remotely interested in the health of the only party that stands in opposition to progressive statism have a duty to reject these voices. For the good of the Grand Old Party, it is time to get serious about those who would see it destroyed from within. 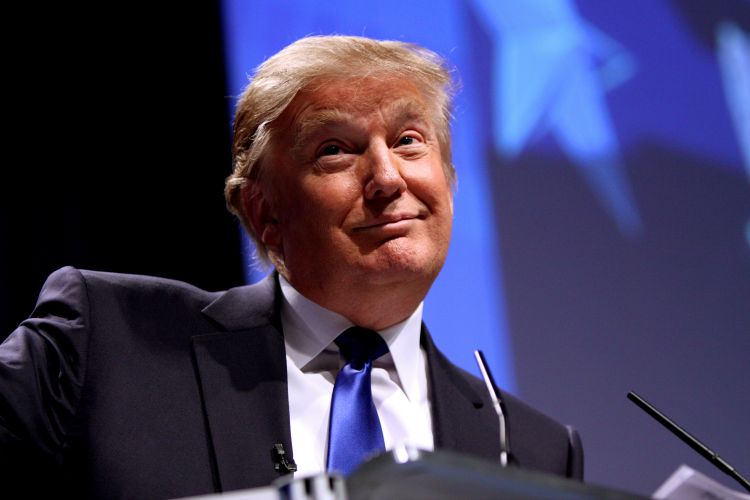