“We are not going to make Syria into a proxy war between US and Russia,” said the President of the United States in October of last year. The inauspicious occasion of these remarks was Russia’s brazen intervention into the Syrian civil war, the first Russian military intervention beyond the borders of the former Soviet Union since Brezhnev’s invasion of Afghanistan. The new Russian battlefront just happened to be a territory in which American-led Western forces were already operating. The United States was also funding and supplying anti-Assad militias far removed from the theater of operations in which ISIS was functional. That was revealed to the world only when Russian forces targeted and destroyed the CIA-trained weapon depots that had supplied them. The presence of Russian and American forces in the same theater, with both nations shooting at the other’s proxies on the ground and harassing each other in the skies, sparked an acute international crisis.

“We think that it’s self-defeating,” Obama reassured a nervous world. “And it will get Russia into a quagmire.” Well, that certainly hasn’t happened. Contrary to the confident pronouncements of the Kremlin’s Western parrots, Moscow’s only goal was to prop up the ailing Assad regime. Why Russian forces would attack ISIS, which Damascus has funded and nurtured that insurgency in order to keep more moderate anti-regime rebels busy, only Pat Buchanan or a Russia Today correspondent could explain. In fact, both Barack Obama and America’s Trumpian Putinistas have a shared objective insofar as both would have you believe that this Russo-American proxy conflict is not that.

But the facts are stubborn things. The Daily Best Pentagon Correspondent Nancy Youssef revealed on Thursday that U.S.-backed rebel forces on the ground in Syria are collapsing under withering assault from Russian-led forces. “Russian strikes have hit numerous hospitals and routes used by the more moderate opposition,” Youssef reported. Under Russian pressure, anti-regime militias in the rebel stronghold of Aleppo have started to collapse.

If Russia’s objective at the start of its campaign in Syria were to secure the faltering Assad regime and protect its Mediterranean port in Tartus, Moscow has been wildly successful. In the process of securing its interests, Russia also managed to win an agreement with the United States aimed at “de-confliction”–e.g. carving out operating zones so that American and Russian asset didn’t accidently start shooting at one another—legitimizing its presence in Syria. Meanwhile, America has begun panic betting in Syria and now has up to 250 Special Forces operators fighting alongside its proxy forces on the ground. With no clear metrics for success but many for failure, the United States finds itself aimlessly escalating a conflict it cannot afford to lose but has no interest in winning.

With a lack of strategy painfully apparent that Speaker Paul Ryan offered an alternative to America’s failed Russian containment strategy in a speech to the Council on Foreign Relations on Thursday. The Speaker’s white paper on the subject spent some time noting that the United States has, out of expediency, leaned on revisionist powers like Russia and Iran to take an activist role in their regions. Washington’s ambiguity about its strategic objectives and what it regards as its inviolable interests has unfortunately led Tehran and Moscow to test its parameters and Washington’s resolve, resulting in instability and armed conflict.

Ryan’s proposal to refocus the West on the ongoing shooting war in Europe is a welcome one. The Russian invasion and annexation of sovereign European territory in 2014 yielded a semi-frozen conflict in Ukraine’s east, and the United States has done little to contain that conflict or make Russia pay for its violation of Ukrainian sovereignty. Ryan recommends forcing Obama’s hand and compelling his administration to provide lethal arms to Kiev—a project Obama has left in limbo, preferring to neither approve nor deny military support for America’s ally in Eastern Europe.

For the National Interest’s Daniel L. Davis, this proposal is simply reckless beyond measure. “If for any reason, Russia or China were to foment and support anti-American groups in either Canada or Mexico, Americans would naturally be angry and demand Washington take countermeasures,” Davis wrote. “How, then, would anyone imagine that Russia would have a different reaction to our arming a nation on their border that is opposed to Russia?”

Let’s imagine one were so inclined to ignore the fact that there is, in fact, a very hot proxy war already underway in Syria between Washington and Moscow. What Davis has outlined is the rationale to carve the world up into spheres of influence—a prospect that is often advanced by both Beijing and Moscow, which chafe at America’s pledge to defend nations like Taiwan and Estonia from foreign aggression. By choosing retrenchment and retreat and allowing these and other powers to resurrect a multipolar world—the kind of geopolitical order that defined the international environment prior to the last two World Wars—Davis is advocating instability. Since the end of the Cold War, America has rejected spheres of power and influence. There is but one sphere: the American hyperpower’s.

But it is in Davis’ egregious suggestion that Ukraine was asking to be invaded and carved up by an aggressor nation that renders his objections dismissible. “Ukraine is hardly innocent in the events which precipitated the conflict in the first place,” he wrote. “Putin has indeed unjustly sought to exploit the situation for his gain, but it would be dangerously misguided to believe that substantial corruption in Ukraine did not also contribute to the crisis. We must not take actions that would reward corruption and exacerbate, not diminish, instability in Europe.”

A brief history lesson: The “events” to which Davis refers are the Euromaidan protests, in which Ukrainian citizens gathered in Kiev in favor of greater integration with the European Union (at Moscow’s expense). The atmosphere soured, tensions heightened, and the demonstrations evolved into rolling street fights. 130 were killed over the course of several days. The Ukrainian Rada voted to impeach the pro-Russian president, Viktor Yanukovych, who soon thereafter fled the county he described as having been taking over in a coup. Just a few weeks later, Russian forces invaded the Crimean Peninsula, leading to the first territorial annexation in Europe since 1945.

It is perfectly understandable that those sympathetic to the Russian position would advocate for more of the same foreign policy practiced by Barack Obama—or even the kind of isolationism preached by the likes of Donald Trump. For those like Paul Ryan, however, who believe that the postwar geopolitical order has been the handmaiden of peace, it’s time to try something different. In advocating peace through strength and a robust and preemptive defense of American interests all over the globe, Ryan’s proposal may be distinct from Obama’s and Trump’s, but it is certainly not new. 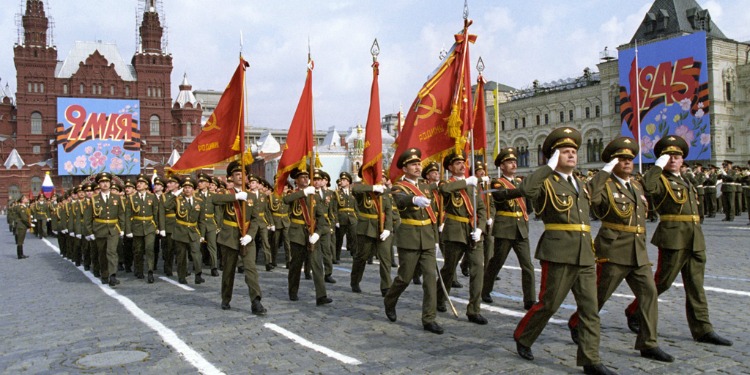