Elizabeth Warren has another new idea, which, like so many of her proposals, is actually an old idea. It is the idea that your freedom of expression is a threat to the public good. It is so grave a threat, in fact, that she’s inclined to criminalize the forms of expression she finds distasteful.

The Massachusetts senator’s assaults on the American social compact often come wrapped in the American flag and couched in terms that project sincere concern for the dignity and rights of every citizen. Not this time. As her presidential bid appears to be stalling, Warren has abandoned caution and framed her latest proposal in explicitly partisan terms. “Disinformation and online foreign interference erode our democracy, and Donald Trump has invited both,” the Senator tweeted. “Anyone who seeks to challenge and defeat Donald Trump in the 2020 election must be fully prepared to take this on…”

“I will push for new laws that impose tough civil and criminal penalties for knowingly disseminating this kind of information, which has the explicit purpose of undermining the basic right to vote,” read the press release announcing Warren’s intentions. Those Americans who had their “right to vote” encroached upon by bad Facebook posts are, the senator adds, “chiefly Black voters.” Warren does not provide any substantive evidence to support the idea that disinformation on social media has or even can “depress voter turnout.” Nor does she explain how such activities violate essential American rights. Indeed, depressing otherwise enthusiastic voting demographics is a pretty standard campaign tactic.

The senator has inadvertently exposed the extent to which Democratic politicians and their allies have confused any distinction between voter suppression and a simple lack of enthusiasm for their candidates among the party’s core supporters. By saying the quiet part out loud, Warren has also revealed that Democratic objections to the Supreme Court’s 2010 decision that rejected the criminalization of a movie critical of Hillary Clinton were not rooted in a suspicion of money in politics (if the Democrats’ “dark money” haul in 2018 or Mike Bloomberg’s presidential campaign hadn’t already confirmed your suspicions).

The criminalization of speech she doesn’t trust you to contextualize responsibly isn’t the only Warren plan that conflicts with the nation’s founding charter. Warren’s vaunted “wealth tax” is equally offensive to civic-minded Americans possessed of a passing familiarity with the Constitution. The senator has never acknowledged the objections of informed observers to her proposal. Those observers note that the expropriation of wealth likely violates both Article I’s prohibition on direct taxes and the 16th Amendment, which has been affirmed in subsequent court rulings as a tax on transfers of wealth, not the requisition of property just because it exists.

But the illegality of these plans is less revealing than the motives behind them. What would Warren’s wealth tax achieve? According to the bipartisan Tax Foundation, it would raise some new revenue—revenue Warren has already dedicated in its entirety to her plans to universalize child care and forgive some student loan debt—though no one is sure how much because those with property would evade the tax or leave the country entirely (an outcome Warren’s plan envisions). Those disappointing results should not come as a surprise; this was the experience of most European countries that phased out their wealth taxes. Moreover, the unintended consequences of this policy would be to substantially depress economic growth and replace domestic millionaires and billionaires with foreign interests as the primary owners of capital. These downsides clearly outweigh the benefits.

What’s the value of childcare and an affordable advanced degree if you cannot find employment? We are left to conclude that the confiscation of property from America’s suspect castes is the value proposition. Similarly, what is the point of muzzling citizens on social media? It is not to mitigate the grave threat Instagram poses to democracy. It is, as Warren admits, to impose “transparency” on the propriety algorithms used by certain private firms the senator resents. It is to compel social media networks to police speech, and, when they fail to perform that role to the senator’s satisfaction, as they inevitably will, to assume that responsibility for herself.

These and other proposals advanced by the “policy candidate” reveal a disturbing impulse to impose a particular value system on the country from the top-down, backed by the threat of government coercion or force. It is nothing less than an authoritarian inclination. Fortunately, though, the Constitution remains an immovable bulwark in the way of Warren’s ambitions. If the polls are right, so, too, are Democratic voters. 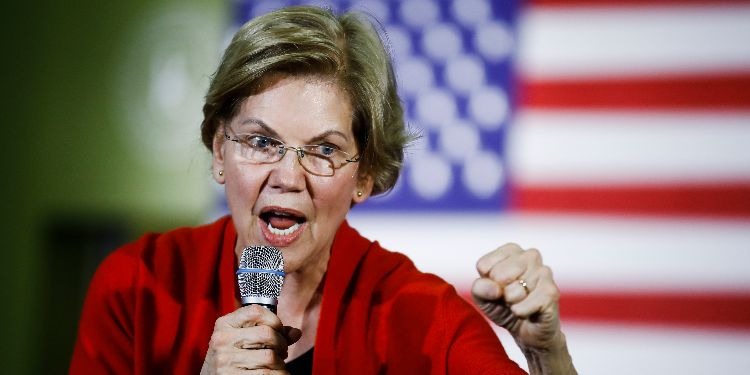