The Overton Window has been thrust open. The cities walls are breached. Cherished American political norms are being slaughtered wholesale. That which we once called “extreme” is no longer; the word itself has no meaning. At least, those are the lamentations of the left. Among the many paradigm-altering effects of Donald Trump’s election is the dilution of the idea of “extremism” in relation to policy. If Democrats are bewildered by the attenuation of the meaning of the word “extreme,” they should despair only over the efficacy of their own works.

There is no doubt that Donald Trump’s promised policy prescriptions (we’ll see how many he pursues in office) represent departures from past practice. If Trump were to pursue the wildly protectionist trade policies he touted on the stump, including the imposition of punitive taxation on companies that outsource or relocate abroad, or reorient American foreign policy away from its traditional allies and toward revisionist powers, that would surely be “extreme.” Trump himself had even embraced the term “extreme” when he wanted a word to express how strenuously his administration would vet those of Muslim extraction seeking to enter the country.

Perhaps because it represented the transmogrification of Donald Trump’s radical proposal for a total ban on Muslim immigration and tourism into something more commonplace, not enough was made of Trump’s decision to take ownership of the word “extreme.” Not since Goldwater declared “extremism in defense of liberty is no vice” has such a prominent Republican so freely embraced zealotry. And Trump was successful. No longer was “extremism” an unacceptable deviation; it was rehabilitated into a tool for use in times of crisis, and Donald Trump was forever selling crisis.

For those on the right and left who are legitimately concerned by the normalization of intemperance or even fanaticism, don’t blame Donald Trump or his voters for this condition. Blame the left.

In the years that immediately followed the Republican Party’s takeover of the House of Representatives in 2010, you couldn’t go ten feet without hearing the GOP called “extreme.” The focus group-tested branding effort was employed liberally and by virtually every Democrat and their media allies. Everything from the GOP’s views on taxation, to their opposition to the shoddy Affordable Care Act, to preserving the authority of the executive branch, to environmental protection; modern Republicans were dubbed an extreme deviation from their cousins of an earlier generation.

Creating a voucher program to relieve the stress on the treasury created by Medicare? Extreme. Opposing an extension to the payroll tax cut without offsets? Extreme. Interpreting an election yielding divided government as a mandate to oppose the president’s agenda? Extreme. All of this messaging was remarkably successful. The idea of the GOP as “extreme” stuck with the public and, by 2012, was even being echoed by Republicans who lamented how far to the right Mitt Romney had to lurch in the primaries.

The triumph of this contrived public relations campaign came at a cost. When genuine extremism in the form of violent rhetoric or doomed “personhood” referenda emerged out of this fervor on the right, the true threat they represented was mitigated by the perception that the left called everything Republicans preferred “extreme.” In retrospect, those were warning signs that should not have been overlooked.

Surrounded by the ruins of Barack Obama’s Democratic Party, the left is indulging in introspection. Just not enough. Consider how the Huffington Post’s political reporters Ryan Grim and Jessica Schulberg describe former United Nations Ambassador John Bolton, a candidate to serve as Trump’s secretary of state, as an “extreme militant.” To pretend this  member of the professional diplomatic corps is the rough equivalent of a FARC rebel is intellectually dishonest. It provides the public not just license but justification to tune them out entirely.

The death of extremism in a policy sense is by no means a welcome development. America’s exceptionalism is founded, in part, upon its routinized politics. The standard deviation between Democratic and Republican administrations has traditionally been a modest one, and it is that predictability that makes America a safe investment and, thus, a prosperous society. Only when the left decides to stop demonizing those policies with which they disagree as beyond the bounds of acceptable American conduct will we see the true definition of the word “extreme” restored. That alone will not go toward sating the public’s desire to see a radical transformation of the political process regardless of the consequences to American stability, but it’s a start. 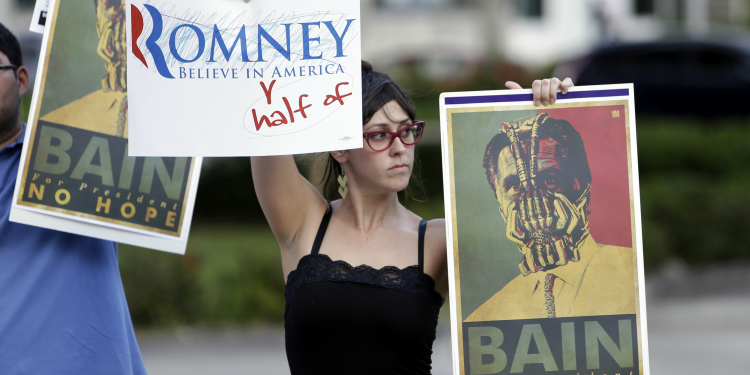