Conspiracy theorists of wildly differing ideological inclinations share some rather fundamental and unifying traits. The average paranoid anti-Western crank, who is apt to pin virtually every unfortunate event that occurs a half a world away on the CIA, eagerly disregards America’s obvious and cascading foreign policy setbacks in places like Ukraine, Syria, Iraq, the South China Sea, and elsewhere. Even outcomes that are objectively disastrous for American interests are rationalized by the conspiracist as just another multi-dimensional chess move in a grand scheme concocted by ill-defined yet utterly pervasive powerbrokers. That same diagnosis could be applied to those on the insurgent right for whom the nebulous yet omnipresent Republican “establishment” is forever pulling the strings. These suspicious souls need only conduct a dispassionate survey of the political environment to conclude that their all-purpose villain is on his heels.

“Rarely has a party so passively accepted its own self-destruction,” noted New York Times columnist David Brooks. His observation is a pertinent one. “Establishment Republican” is a meaningless term when it includes such divergent characters as Mike Lee, Marco Rubio, Darrell Issa, Nikki Haley, and Trey Gowdy. These Republicans can be grouped together only because of their shared attraction to principle and electability over domineering personalities. These Republicans and others in their wing are today hopelessly fractured and, thus, seemingly impotent.

What can we make of the electability wing’s determination to remain splintered and their failure to enforce the kind of discipline that their conservative detractors are forever ascribing to them? It is perhaps a contradictory mix of both fear of the populist moment and of a belief that it isn’t real.

Traditional conservatives who concern themselves with winning general elections and seeing their policy preferences translated into law might believe that the Trump phenomenon – and to a lesser but nevertheless measurable extent, the Cruz phenomenon – is fueled not by an admiration for these candidates and their platforms but by an antipathy toward those Republicans who oppose them. Both Cruz and Trump have made a virtue of the intense opposition they generate from some quarters of the Republican Party. There is more than a hint of petulance to an appeal that is rooted in an ad hominem fallacy. Sure, these voters might flirt with the bad boy with a neck tattoo. They might even bring him home once or twice, if only to revel in the delicious palpitations it gives dad. But they’re not going to marry him. It cannot be real.

Simultaneously, however, these same Republicans seem to fear running afoul of the new populist movement’s members. That is particularly true for Republican officeholders facing reelection this year; they’ve got their own base of frustrated primary voters, tempered in the searing flames of talk radio, to appease. Even if the present moment is not a truly conservative moment, these elected officials reason that they cannot afford to antagonize it. For Republicans who concern themselves with winning and losing elections, their own fortunes come first.

It is this combination of factors that seems to have paralyzed the party’s anti-insurgent wing, and much to their own detriment. Still, pundits and reporters alike expect the conditions to soon be dire enough for this faction that they will summon the resolve to stand up for themselves and unite. When that happens, it will take the form of endorsements. So when might we expect the cavalry to arrive?

It is a testament to the excessive caution of the Republican Party’s elected officials that the endorsements of conservative entertainers – as the Washington Post’s Philip Rucker called them, the “anti-establishment establishment” — have taken on an outsize importance in this cycle. Personalities like Sarah Palin, Laura Ingraham, Ann Coulter, Glenn Beck, Mark Levin, and even the cast of “Duck Dynasty”; all have expressed overt or implied support for either Donald Trump or Ted Cruz. Their endorsements yielded disproportionate press coverage relative to their likely impact on the primary race. “In this race, it is the media titans, personalities and activists who have long stood on the GOP’s fringe who now have all the cachet,” The Post’s Robert Costa reported. He might be correct, but this dispatch says more about the dogs that aren’t barking.

For example, if any of the junior senators in the key early states – Iowa’s Joni Ernst, New Hampshire’s Kelly Ayotte, South Carolina’s Tim Scott – were to endorse, it would have a much more far-reaching impact on the race than would a radio host with a national audience. Individual endorsements might have a modest effect on any one politician’s electoral prospects, but research has shown that their cumulative influence does affect outcomes. As FiveThirtyEight’s endorsement tracker reveals, the pace of Republican endorsements has been slower in this cycle than any since 1979-1980. Those who have jumped off the bench to endorse in this race – credible conservatives like Ohio’s Rob Portman, Nevada’s Dean Heller, and Oklahoma’s Jim Inhofe – are all supporting different “establishment” alternatives to Trump and Cruz. That division may prevent unification around a single viable GOP alternative until they have already lost control of the process.

The strongest indication that the party’s moderates are beginning to get nervous occurred in Iowa this week when the state’s long-serving Governor, Terry Branstad, emphatically insisted that anti-ethanol politician Ted Cruz must be defeated. That kind of non-endorsement is rare for the Hawkeye State’s governor, who usually remains neutral in GOP primaries until the outcome of the race is all but certain. While Branstad’s opposition to Cruz might be predictable, it is far from meaningless and should not be dismissed. Branstad has been elected to six terms as Iowa’s governor, albeit nonconsecutively. For Iowa Republicans who have been casting a ballot for Branstad almost every four years for over a quarter-century, his endorsement (or vote of no confidence, as it happens) matters.

The same might be said for the Republican Party’s most influential members: its last two Republican presidential nominees. The party’s insurgent wing might content themselves with the fantasy that these two towering figures are hopelessly diminished by their mutual election losses to Barack Obama, but both John McCain and Mitt Romney would have a substantial impact on the race for primacy within the party’s electability wing. For example, according to a variety of surveys last November, Romney maintains a favorable image among self-described Republicans (60 percent, according to Bloomberg) and New Hampshire voters would be more apt to support him for the nomination than even Donald Trump. The notion that influential Republican endorsements don’t matter or that they would only help insurgent candidates consolidate their support doesn’t withstand more than a moment’s scrutiny.

Yet, these Republicans seem disinclined to play kingmaker. Even if they were, it’s not at all clear that they would be willing to crown the same figure. Maybe the party’s moderate wing is keeping its powder dry for maximum effect, but that is really its own paranoid conspiracy theory. Perhaps the party’s elected leaders are simply too fractured to ride to the GOP’s rescue before it is too late. Maybe the cavalry just isn’t coming. 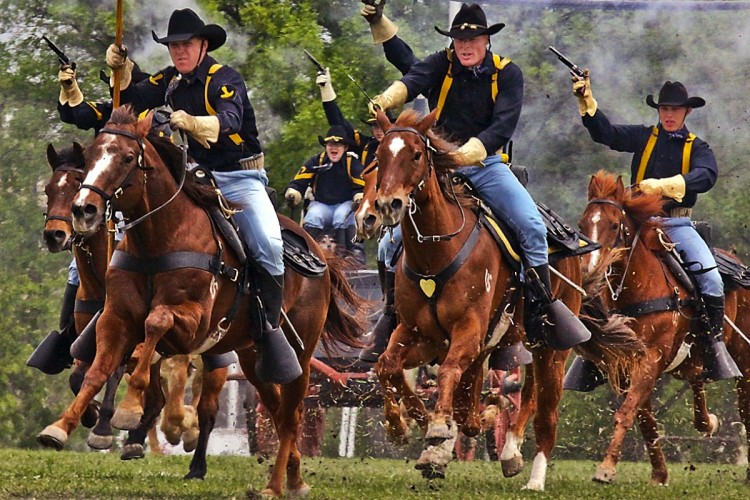