In 2020, America engineered for itself a mini civilizational breakdown. The virus that necessitated that extraordinary intervention into every sphere of American life is still with us—indeed, according to public health experts, its prevalence remains at pandemic levels. The unintended consequences of that approach also persist. Our inability to fully emerge from the former ensures we cannot fully reckon with the latter. But it seems that is just what America’s public health apparatus wants.

The face of that apparatus, Dr. Anthony Fauci, is on another media blitz for no ostensible purpose other than perhaps to preserve his relevance ahead of his impending retirement at the end of Joe Biden’s term. The doctor is spending his time on camera by doing his best to postpone a reckoning with the excesses of the Covid mitigation regime by misrepresenting his record.

“First of all, I didn’t recommend locking anything down,” Fauci told The Hill and Batya Ungar-Sargon. A complex network of public health agencies, governmental institutions, and private organizations orchestrated that response. Fauci added that he has always regarded school closures, for example, as a last resort because policies like that have “collateral effects that are always negative.” “I have always felt—and go back and look at my statements—that we need to do everything we can to keep the schools open and safe,” he maintained.

At the doctor’s invitation, a review of the record is a worthy project. “When it became clear that we had community spread in the country, with a few cases of community spread—this was way before there was a major explosion like we saw in the northeastern corridor driven by New York City metropolitan area—I recommended to the president that we shut the country down,” Fauci told reporters in October 2020. As for school closures, the doctor ruled out the prospect of in-person education for at least the remainder of 2020 as early as May of that year. “The idea of having treatments available, or a vaccination, to facilitate the reentry of students into the fall term would be something that would be a bit of a bridge too far,” he said. Fauci added that these precautions were not “about treating a student who gets ill, but how the student will feel safe in going back to school.”

Why is this prominent public health official so keen on taking ownership of these policies when they were popular and seemed imminently necessary but now leaves them orphaned? In part, perhaps, because polling now indicates that a majority of the public—Democrats, Republicans, and independents alike—have no more patience for Covid-related restrictions. Moreover, internal Democratic polling found that substantial majorities in competitive districts agree with the statement that “Democrats in Congress have taken things too far in their pandemic response.” If being popular is your objective, advocating unpopular policies is counterproductive.

Distancing the executors of the Covid regime from the consequences of their advocacy has become a more urgent project as local officials attempt to restore that regime. Los Angeles County—population 10 million—announced this week that local Covid case rates have surged by 50 percent to just over 8,000 cases, thereby justifying the reimposition of indoor mask mandates. King County, Washington, which includes the city of Seattle, is conducting “active discussions” over whether to reinstate its mask mandate (even though its case rates are declining). Portland, Oregon, finds itself in the same position. These regions have transmission rates the CDC classifies as “high,” and cities across the country have spent the last year reimposing or retracting indoor masking protocols in response to this fluid condition. According to the New York Times, however, this manic conduct is the least we should expect of our elected officials and citizens alike.

“Everyone just wants to get back to normal,” the paper of record conceded on Monday. But “few Americans are sure what living with Covid should really look like.” Times’ reporters Knvul Sheikh and Hannah Seo offer some recommendations: Get all your boosters now so you’ll be eligible for variant-specific boosters when they become available; talk to your friends and relatives about Covid often to get a rough idea of infection rates in your region; live in a perpetual defensive crouch by masking up both indoors and outdoors, and consider having “fewer guests” at your exclusively outdoor gatherings.

If this were only a private practice pursued by neurotics, it would just be a curiosity. But of course, it cannot be a private practice because public health requires public participation. What’s odd is that these municipalities are pursuing 2020-style Fauci-ism when Fauci himself now claims the nation’s mitigation strategy failed.

“We know now, two-and-a-half years later, that anywhere from 50 to 60 percent of the transmission occurs from someone without symptoms,” he confessed. “Had we known that then, the insidious nature of spread in the community would have been much more of an alarm, and there would have been much more stringent restrictions,” Fauci said, including more draconian mask and social distancing mandates. After all, as the doctor said as late as October of last year, “we should be preventing people from getting sick from COVID even if they don’t wind up in the hospital.”

Indeed, had we known what we know now, we might have done a lot differently. Maybe we would not have kept most primary and secondary schools closed well into 2021, given the low risk the virus presents to children and the demonstrable consequences to a child’s mental state and developmental progress. Maybe we would not have evacuated prisons and reduced criminal penalties for offenders in the pursuit of racial reconciliation at a time of maximum social disruption. Maybe we would have avoided subsidizing consumer demand—even at the expense of the rights of property owners—well into 2022 under the assumption that the public would engage in the “voluntary suspension of activity—a soft lockdown, essentially,” according to The Atlantic’s Sarah Zhang, thereby contributing to today’s inflation rates.

There’s a lot we know now that we previously did not. It takes a certain level of humility to acknowledge that. Rather than engage with the record, we’re now being subjected to a campaign of retroactive conditioning to justify the restoration of the mid-pandemic status quo. In the process, like so many of America’s institutions, the public health bureaucracy is sacrificing its own credibility. 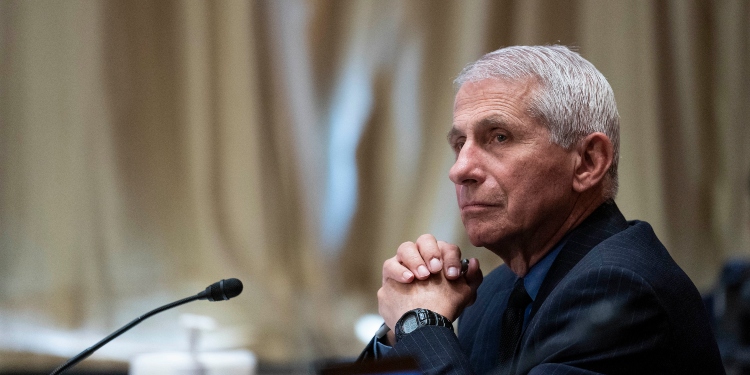