My two young children adored their babysitter. For about eight months, she watched them when my wife and I couldn’t, and she was good at her job. A recently enrolled student in a local community college, her schedule didn’t always include time to work for us. But when it did, she was punctual and professional, and her services were well compensated. And then one day, she disappeared.

It occurred to us only after several weeks of radio silence that falling off the face of the earth might have been her way of severing our professional relationship. In retrospect, this maneuver was, perhaps, in character. Her preferred method of declining the opportunity to sit for our children when her schedule did not permit it was just not to take our call. So, resolved to find a new sitter, my wife and I conducted a handful of interviews and settled on a replacement relatively quickly. We introduced the new sitter to our children and established a prospective starting date in about two weeks. That was the last we saw or heard from her. Once again, we were “ghosted.”

Our experience appears increasingly typical for employers seeking talent among young professionals entering the workforce. “Ghosting,” in the popular vernacular, is the practice of closing off all communication without any forewarning or explanation. This discourteous practice was once exclusive to the dating world, but it is now being applied to all sorts of interpersonal relationships, including those that are entirely professional.

According to Josh Howarth, a district president with the global staffing firm Robert Half, employers have experienced a 10 to 20 percent increase in the number of candidates and prospective hires and employees who simply vanish. “Applicants blow off interviews,” the Washington Post elaborated on the phenomenon. “New hires turn into no-shows. Workers leave one evening and never return.” The recruiting firm Randstad US found that the disappearing act is prevalent mostly among younger workers. They found that 43 percent of employees age 22 and younger (“Generation Z”) had accepted an offer of employment and promptly vanished into the ether. Over a quarter of millennials (ages 23 to 38) have bailed on their employers.

Robert Half partially attributes this frustrating new condition to the tight labor market and the availability of options for part-time job seekers and entry-level applicants. They recommend sweetening the pot—providing above-average compensation, laying out advancement opportunities, and offering telecommuting options—to remain competitive. But remuneration and perks are only part of the equation, as this recruiting firm confesses. “Some millennials and Gen Zers don’t check email often,” they note. “If you’re having trouble reaching interviewees, send them a text message instead.”

You can text until your fingers bleed, but that won’t neutralize the incentive structure leading younger workers to avoid difficult or awkward conversations with their potential bosses. The factors that have contributed to a culture of conflict avoidance among young adults were identified by Greg Lukianoff and Jonathan Haidt in their landmark 2015 Atlantic essay “The Coddling of the American Mind” (which later became a book by the same name). In it, the authors cite an article published in Inside Higher Ed, which explores the psychological orientation among students and their educators that led to the widespread adoption of “trigger warnings” appended onto the introduction of literary works that explore challenging or uncomfortable themes. These notices serve “as a guarantee that students will not experience unexpected discomfort and implies that if they do, a contract has been broken.”

Lukianoff and Haidt elaborate on this “contract” in their book’s exploration of the phenomenon of “safetyism,” an ideological obsession with avoiding all forms of trauma and distress—even the emotional sort—which is in vogue on college campuses. The generation that incubated in these unnaturally pleasant conditions is now coming of age.

It only stands to reason that a cultural aversion for interactions that cause discomfort would include the relationship between an employer and the employed, especially in the adversarial stages of that relationship when both parties are engaged in negotiations over compensation and work-life balance. Discontinuing that relationship altogether, particularly for entirely personal reasons, can be uncomfortable. The path of least resistance is to avoid potentially conflictual interpersonal engagements. Compulsive conflict avoidance is, however, not only rude but unproductive and unhealthy. “Ghosting” isn’t just ignoring a problem in the hope that it will go away or changing the subject; it’s a complete cognitive and emotional shutdown.

Given the overall strength of the current job market, the young apparitions who disappear on their employers are likely doing so in pursuit of other, more rewarding possibilities. Most will be fine, for now. But the job market and the demand for low-skilled labor won’t be abundant forever. And nurturing a congenital aversion toward contentious disagreement is a good way to deprive oneself of opportunities for growth and personal development. It also reveals a lack of confidence and self-esteem. No amount of flexibility on an employer’s part can accommodate that critical skills deficiency. And we still need a new babysitter. 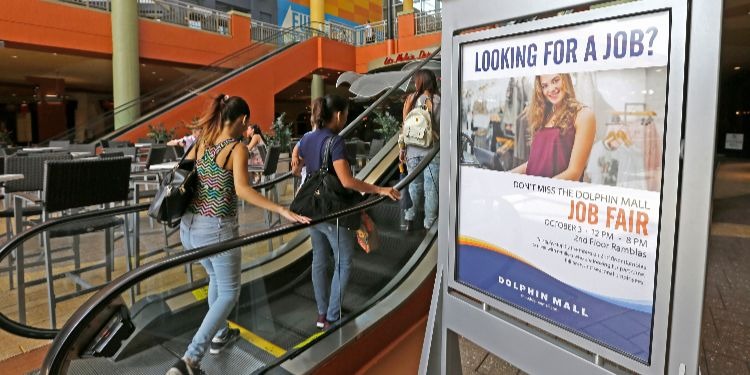