With the realization that Hillary Clinton is highly likely to win the presidential election dawning on even the most insulated of Republicans, some are starting to contemplate the terms of their surrender. While Clinton’s election is virtually assured, the makeup of the next Congress is not. The ability of Republican incumbents to evade Trump’s event horizon and outperform their party’s presidential nominee at the polls will determine how Clinton will govern. The likeliest scenario remains, however, that Republicans will retain a truncated majority in the House. In that case, Republicans who have served as a useful source of support for Clinton will again find themselves in her sights. Republicans may soon rediscover that they are more use to Hillary Clinton as a foil than as a source of legitimacy.

First, given the departure from both Republicanism and precedent that Donald Trump represents, it must be said that the number of Republicans who are outright endorsing Hillary Clinton is remarkably small. With rare exceptions, they are GOP donors, campaign professionals, policy advisors, or former elected officials. Still, even this rate of defection in the present hyper-partisan era is staggering. If Clinton were farsighted, she could use this rare confluence of events to usher in a period of radical political transformation.

As John Podhoretz speculated in the latest podcast, Clinton could use the lasting fissures within the GOP coalition to her advantage. She could enter office determined to govern as her husband campaigned in 1992—as a new kind of Democrat dedicated to productivity and triangulation. Clinton could pursue grand bargains on legislative priorities ranging from tax and entitlement to immigration reform. She could cleave off members of the Republican House conference whose voters are more likely to reward accomplishment than obstruction, exacerbating tensions within the nation’s conservative coalition. Such a strategy could cement the factionalism that defined the Republican Party in 2016 into something permanent, paving the way for a redefinition of the nation’s political makeup.

Now raise your hand if you think any of that is likely? Hillary Clinton will not enter office a popular politician. She ran for the White House premised on the notion that the office was her due and that she was not Donald Trump. If House Republicans retain their majority, they will be able to claim as much of a popular mandate as Clinton. “Forget a honeymoon with Congress in early 2017,” Cook Political Report’s Amy Walter wrote, “Clinton will be lucky to get a weekend in Niagara Falls.”

It won’t just be Republicans who are apt to keep Clinton on a tight leash. The former first lady will lack both Barack Obama’s massive Democratic majorities in Congress and the admiration he enjoyed from the liberal grassroots and the media. The left does not trust Hillary Clinton. They don’t believe that she shares their antipathy toward free trade, retributive social justice, or laissez-faire markets. They don’t think she wants to see America retrench from the globe and abandon its overseas interests as some perverse form of atonement for emerging from the Cold War the globe’s lone superpower. What’s more, they’re right. As such, Clinton will not have the leeway to make grand bipartisan gestures to Republicans. The American left will not tolerate them.

If Republicans in the House continue to pursue their successful strategy of thwarting the administration’s objectives, Clinton’s path of least resistance is to adopt Barack Obama’s approach to governance: which is to say, don’t. Save the occasional theatrical display after the 2010 midterm elections, Obama preferred to mount a perpetual campaign against the “obstructionist” GOP. In terms of political talent, Hillary Clinton is no Barack Obama. This strategy would not only accelerate the process of reunification within the GOP conference, but it would also embarrass Republicans who cast their lot with Clinton.

Republicans who escape 2016 with their political careers intact will be charged with blocking Clinton’s agenda, and they will be vilified for it. Republicans who endorsed that agenda in 2016 because their party’s nominee was anathema will find themselves in an uncomfortable position next year when Clinton no longer has any use for them. 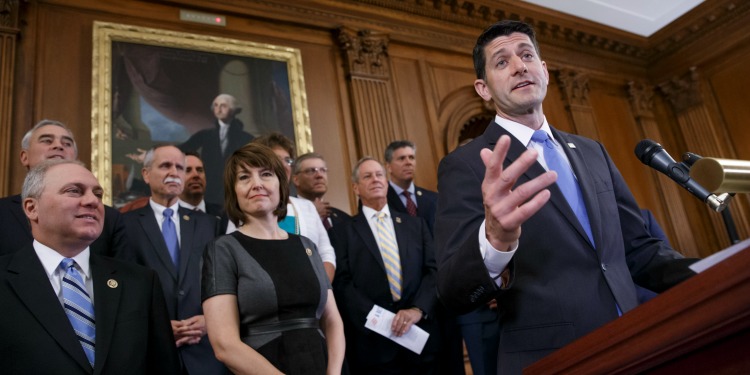