If the polls are to be believed, the product that Senator Ted Cruz is selling to Republican primary voters is a hot ticket item. The freshman Texas senator now finds himself in a strong position to take the lead in Iowa and, with an organizational structure in place in the Hawkeye State, convert his support in the polls into a caucus victory. A win in Iowa would put Cruz in the position Rick Santorum occupied in 2012, but with a slightly broader appeal, better organization, and much healthier fundraising than the former Pennsylvania senator could claim at the time. Cruz is making a seductive pitch to the GOP primary electorate, and it’s finding a captive audience. It is a pity that so much of it is based in mythology.

Contrary to the impression one might get from the Donald Trump phenomenon, most Republican voters want to nominate a candidate who can win the White House in November. To those conservative primary voters who are not contented merely to cut off their noses in a fit of pique, Ted Cruz’s message is simple: Don’t change.

Since the moment Barack Obama won reelection, the Republican electorate has been bombarded with pronouncements from party elders and pundits alike contending that the GOP cannot win a national race if it does not expand its appeal to voters who are traditionally more amenable to the Democratic message. In practice, this means peeling off members of Barack Obama’s “coalition of the ascendant” – single women, minorities, and young people – one sliver at a time. Ted Cruz’s response to this challenge is simple: No, we don’t.

“Christians are staying home,” Cruz asserted last month. He insists that, only if the presidential nominee is deemed conservative enough by those who fancy themselves the judges of such things, “we will stay home no more.”

Cruz’s implication is clear: If he is not the nominee, “the same voters who stayed home in ’08 and ’12 will stay home in ’16 and Hillary Clinton will be the next president.” A conservative version of the divisive identity politics played so skillfully by the left certainly has its appeal, but this is more than merely a bit of messaging to draw base GOP voters into Cruz’s camp. It appears to be a principal organizing philosophy.

A Wall Street Journal report detailing Cruz’s campaign strategy noted that the Texas senator hopes to use an Iowa win as a springboard into the early March contests, most of which are located in the South. In the delegate-heavy contest in Tennessee, for example, the Journal reported that the Cruz camp is prepared to “field a full slate of delegates that includes tea-party members, antiabortion activists, and evangelical Christians, as well as disaffected voters who have been on the political sidelines.” Slightly worrisome for those victory-oriented Cruz voters, one of the candidate’s supporters in Tennessee and a member of the state’s executive committee echoed Cruz’s preferred myth: “Those people that stayed at home in the last election, he’s bringing those folks out.”

The notion that a substantial number of Republican voters declined to vote in 2008 and 2012 has been disproven again and again, but it is a comforting fiction for Republicans who want to see themselves as kingmakers. Like so many conspiracy theories, this myth is based in preliminary reporting of election 2012 results well before the vote totals were tallied. RedState’s Dan McLaughlin performed perhaps the most thorough dissection of this fiction. He noted that, not only do these “missing voters” not exist but that even if they did and had voted, the election results would not have changed.

“The number of people who voted for a past Republican presidential candidate and not for Mitt Romney likely isn’t much above the 1 million to 1.5 million range, not enough by itself to cover the distance between Romney and Obama, and the missing stay-at-home voters did not appreciably cut into the proportion of voters who think of themselves as ‘conservatives,” McLaughlin wrote. “[T]here’s no magic formula, no cavalry of millions of conservatives waiting just over the hill to save the day, and no single issue or message that will flip the switch.”

“The core of our political base are the Reagan Democrats,” Cruz told the hosts of MSNBC’s “Morning Joe” on Thursday. “They are the blue collar Catholics across the Midwest up into New England. They are union members, gun owners, pro-life, strong national defense.” Cruz is describing the base of support Santorum attracted in 2012; a feat he hopes to replicate and build upon. In 2016, however, this also describes the core of Donald Trump’s support which, contrary to popular belief, skews moderate-to-liberal, are less likely to be college educated, and are more often young and unmarried. That perhaps explains Cruz’s conspicuous refusal to criticize the celebrity candidate too sharply.

No electorate is static. That said, the electorate Ted Cruz is describing isn’t the core Republican base. Based on the 2012 and 2014 results, which drew distinctly different electorates, the core of the Republican base were older white voters. In 2012, those with post-graduate degrees as well as those with only some or no college education voted for Barack Obama. Union households, which made up 18 percent of the electorate, voted Obama to the tune of 58 to 40 percent. This dynamic didn’t change much in 2014, but the share of the electorate was small enough, and marginal Democratic voters sufficiently dispirited to yield substantial victories for the GOP. According to the Cook Political Report, the best news for Republicans heading into 2016 is that demographic shifts in the country are not large enough yet to put states like Georgia and Arizona into play. If the 2012 electorate turns out in 2016, and the GOP has not altered its approach, the Democratic nominee will be in a strong position to win.

Cruz’s dissemination of comforting fictions doesn’t end at the water’s edge. His strategy to appeal to Republicans rests not only on the claim that they don’t have to change a thing to win elections but that they don’t have to change a thing to win wars. “We will utterly destroy ISIS,” Ted Cruz averred recently. How? “We will carpet-bomb them into oblivion,” he contended. “I don’t know if sand can glow in the dark, but we’re going to find out.” In essence, Barack Obama’s approach to the war on ISIS, but more of it. Those with a childlike attachment to tough talk might be titillated by the veiled notion that Ted Cruz would deploy nuclear weapons against ISIS, but that would be strategically inept, counterproductive, and would set a dangerous norm-violating precedent. Similarly, the idea that he would resurrect Operation Rolling Thunder against ISIS, which last we checked was defending the occupied city of Ramadi with all of 300 to 400 militants, is similarly fanciful. This kind of juvenile rhetoric is designed to fulfill the fantasy among many Republicans that the war on this terrorist organization can be won from the air. As our own Max Boot noted, since the dawn of air power, military planners have been predicting that enemies can be brought to submission by bombs alone, but this forecast has never proven true.

Ted Cruz is selling some strong stuff, and it’s going to have a lot of takers. In the end, however, his product will leave its consumers unsatisfied. It will take hard work, deft strategy, triangulation, and compromise to rob Hillary Clinton of Barack Obama’s voters. The Islamic State will not be destroyed from the air, even if the United States were willing to sacrifice the lives of the hundreds of thousands of civilians in ISIS-occupied territories in the process. These are feel-good myths, but the sober work of winning wars and elections is harder than all that. 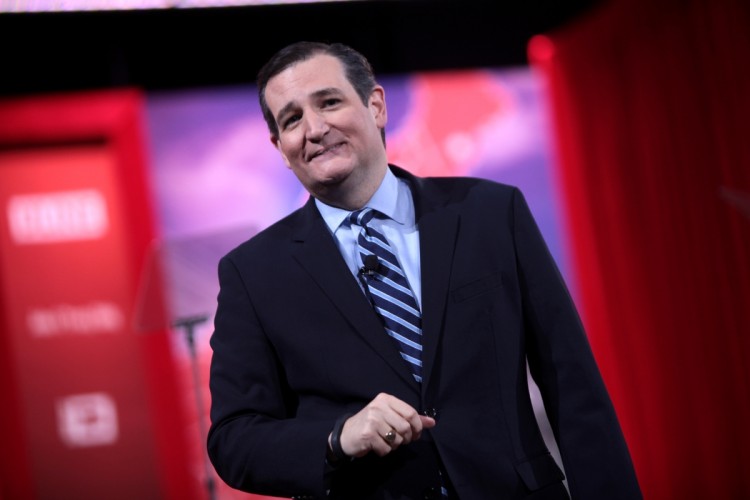