In the history of naïve statements, few will stand the test of time like that uttered by President Barack Obama at his first address to the United Nations General Assembly in 2009. “In an era when our destiny is shared, power is no longer a zero-sum game,” Obama declared. “No one nation can or should try to dominate another nation.” Whether they should or shouldn’t is up for debate, but whether they can is not. Moreover, the dynamics that have typified great power politics since the Peloponnesian Wars have failed to wane, as have the tides. America was never out of the power-projection business. The last few days have demonstrated that deterring state-based aggression through the deployment of military assets is as booming an enterprise as ever.

Few in the United States seemed to notice a shift in America’s tactical approach to the conflict in Syria announced over the weekend by an American military spokesman. So it came as a surprise to many when a deployment of U.S. Striker Fighting Vehicles manned by American operators began showing up on the ground in Northern Syria. The dispatch of U.S. Armored Personnel Carriers (APCs) to Syrian battlefields represents an escalation—another in a steady series of similar escalations involving the Syrian conflict, where hundreds of U.S. Special Forces are operating. Yet the mission these armored special operations forces are engaged isn’t to combat Islamist radicals and ISIS. According to a coalition spokesperson, it is to “reassure coalition members and partner forces, deter aggression, and ensure all parties remain focused on defeating our common enemy, ISIS.”

This deployment comes as Kurdish militants with the People’s Protection Units (YPG) recaptured the Northern Syrian town of Manbija—a population center west of the Euphrates River and along a route that the Turkish military will likely take on the way to the ISIS capital of Raqqa. Turkey’s anxiety over the prospect of a Kurdish proto-state on their southern border led Ankara to order airstrikes on Kurdish positions in Syria last year despite the participation of these militias in the anti-ISIS campaign. The United States is now explicitly deploying soldiers and heavy APCs to act as shields at best, tripwires at worst, so as to deter one ally’s aggression against another.

Half a world away, the United States is engaged in another act of hard-power deterrence in a theater that is heating up rapidly. Late Monday night, the United States began fulfilling an Obama-era agreement to deploy Terminal High Altitude Area Defense (THAAD) anti-ballistic missile systems to the Korean peninsula. The deployment comes amid heightened tensions with North Korea. The DPRK’s state media reported this week that its test launch of several missiles was practice for targeting American missile bases in Japan, and the volley was probably designed to overwhelm anti–ballistic missile batteries. Yesterday, in protest of a Malaysian investigation into an attack by DPRK agents targeting Kim Jong-un’s estranged brother for assassination, Pyongyang essentially took every Malaysian diplomat and citizen in the country hostage. Kuala Lumpur responded in kind.

The Obama administration’s agreement to deploy anti-missile defense systems represents a shift in policy. Barack Obama inherited from George W. Bush a similar obligation to deploy ground-based interceptor missiles and radar facilities to the Czech Republic and Poland ostensibly with the mission of deterring or possibly intercepting a rogue missile launch from Iran. Moscow strenuously objected, citing the old Cold War rationale that any ABM system destabilized the careful nuclear balance by making a first strike more likely (because a retaliatory strike could be intercepted). This is, of course, nonsense.

Even today, no technology exists to neutralize a major volley of missiles. But by canceling the program—likely with the objective of inducing Russian cooperation in the Obama administration’s negotiations with Iran over its nuclear program—the Obama White House lent this defunct argument legitimacy. Similarly, the deployment of THAAD interceptor missiles to South Korea met with a stern condemnation from China, which assured Seoul and Washington that there would be “consequences” as a result. Beijing, too, insists that anti-missile defense technology destabilizes the balance between nuclear powers. The rejection of that transparently ridiculous rationale represents a step toward a less dangerous world.

By 2010, the Obama administration had fully embraced the stabilizing value of missile-defense systems, both on American and allied soil. The Democratic agreement to, and Republican execution of, an ABM deployment in defense of Korean and Japanese sovereignty (to say nothing of U.S. troops stationed in both nations) is a marvel of American grand-strategy consensus. It is also an admission of the idea that America can retrench behind its borders and leave a peaceful and stable world in its wake was and remains a dangerous fantasy.

For anyone invested in the post-Cold War order, the free navigation of the sea lanes, and a system that has ensured a steady reduction in warfare-related deaths for decades, this is all good news. It also shows that some things never change. No matter how flowery the rhetoric or aggressively populist the language, no politician can repeal the laws that govern great power politics. 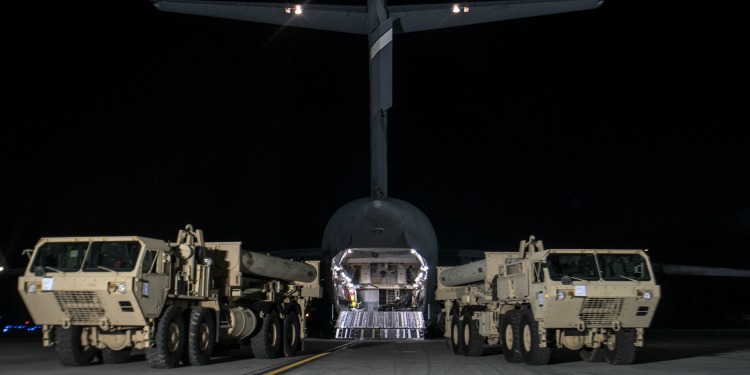