You’re about to hear quite a lot—again—about the Republican National Committee’s “Growth and Opportunity Project.” That was the official name of he party’s “autopsy” on the 2012 election. In the wake of Mitt Romney’s defeat, Republicans focused extensively on the party’s inability to appeal to the core of Barack Obama’s coalition: minority voters and women. It also noted the party’s problem with young voters. In 2016, Donald Trump and the party he now leads set fire to the “autopsy” and disregarded its recommendations. The problems the party faces with these demographics have only been exacerbated by Trump’s campaign. That is particularly true for the youngest elements of the electorate. Given the drubbing the GOP appears set to endure in the fall, the question the party must ask itself is whether it has alienated an entire generation for good.

Research suggests that an individual’s first vote, particularly their first presidential vote, is a powerful determinative force that shapes his political perceptions and self-identification for most of his adult life.

“The clearest pattern is that younger voters who turned 18 during the presidencies of Clinton, Bush or Obama –the younger members of Gen X and the Millennial generation – have typically voted much more Democratic than the average,” read Pew Research Center’s report on political affiliation across generations, citing data spanning nearly 20 years. Their conclusion, that the national political environment and electoral events that occur when a voter reaches 18 are formative, is supported by the findings of the New York Times’ “Upshot” team. They found that political events and the sitting president’s approval ratings “at age 18 are about three times as powerful as those at age 40” when gauging effects on political identity.

This isn’t to say that these voters cannot be wooed by the party with which they do not identify later in their adult life, but that first impressions are by far the most important.

Trump’s performance among young voters is among his worst.

A national Marist University survey released last week showed Trump drawing the support of 17 percent of young voters, well behind Hillary Clinton’s 53 percent and “neither,” which garnered 26 percent of the youth vote. Trump fares no better in surveys that include all the options on the ballot in November, including Libertarian candidate Gary Johnson and Green Party nominee Jill Stein. A YouGov/Economist poll found 22 percent of voters “under 30” backing Trump. Fox News’ latest poll found Clinton winning 50 percent of voters “under 35” backing Clinton with 23 percent supporting Trump to 19 percent backing Johnson—well within that subsample’s margin of error. Investors Business Daily’s latest survey showed the youngest eligible voters are the most repelled  by their choices in 2016. That survey found Trump in fourth place with the backing of just 12 percent of the Millennial vote.

Cold comfort for Republicans. This year, Millennials surpassed Baby Boomers as the largest living generation in America. They will grow up, and their turnout rates will increase as they age. They voted enthusiastically for Barack Obama, a president who will likely leave office with a majority of Americans approving of the job he did as president. The Republican brand to which they’ve become accustomed is represented by a man they find unambiguously racist, bigoted, and backward-looking. An entire generation’s formative period will be one in which identifying with Republicans is socially unacceptable.

Hillary Clinton is by no means the draw for young voters that Obama was, and Republicans have a deep stable of young officeholders to whom they can look next year for youth appeal. But Republicans are likely to lose a lot of their talent at the state and federal level if Trump proves to be a drag on the ticket. The GOP cannot simply wait until young voters become homeowners and start paying income taxes. That is a recipe for permanent minority status. It will likely take the utter repudiation of the approach that the party took in 2016 to focus Republican voters on the prescription the party’s leaders acknowledged was necessary in 2012. In November, the Republican Party may actually benefit from the kind of thrashing it needs to get back on course. 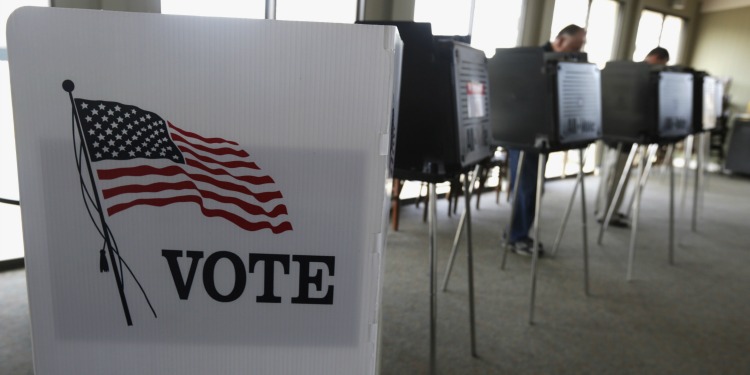