Jestin Coler is a nondescript, middle-class, minivan-driving, suburbanite living in Los Angeles. He has also offered himself up as a source of pride for American liberals who find themselves in the midst of an existential crisis for which they were entirely unprepared. The service he has provided to American Democrats at the nadir of their political power is indicative of the intellectual crisis plaguing the international left, one that compels them to embrace and endorse radicalism.

According to his National Public Radio interlocutors, Coler is a registered Democrat and a trafficker of the illicit product “fake news.” Though you might not know it from his modest profile, you would gather some idea of his firm’s profit model from its name alone: Disinfomedia. NPR reported that Coler dedicated himself to crafting intentionally misleading propaganda to “highlight the extremism of the white nationalist alt-right” as early as 2013. How he was prescient enough to foresee the rise of a racist element on the right as the GOP was uniting behind the “Autopsy” or how broadcasting lies disempowers that element remains a mystery. What isn’t a mystery is the service Coler provided to NPR’s audience: feting wounded Democrats.

“We’ve tried to do similar things to liberals,” Coler said of his misinformation operation. “It just has never worked, it never takes off. You’ll get debunked within the first two comments and then the whole thing just kind of fizzles out.”

It’s a marvel to learn that liberals are so preternaturally immune to the temptation to let their id to supplant their ego. Someone should tell the donors who contributed $5 million to Green Party candidate Jill Stein’s self-serving campaign to recount the ballots in states where Donald Trump won surprise victories. Stein herself could not “guarantee” that all the funds raised will go toward a recount, or even that such an obviously ill fated activity would occur. Exploiting the desperation of politically adrift members of the party out of power is how the thriving enterprise of “scam PACs” infected the conservative movement.

Hillary Clinton lent undue legitimacy to this preposterous venture over the weekend when her campaign’s attorney announced the intention to join Stein’s recount. The cost of reopening the still blistering wounds of the 2016 election and forestalling the left’s reconciliation with President Donald Trump are manifold, but there are rewards, too. Just as the Tea Party’s grassroots energy proved an irresistible temptation to Republicans in the wilderness in 2009, the enthusiasm of the political fringe has proven too attractive for Democrats to ignore. In pursuit of lost vigor, Democrats have demonstrated that they no longer have the will to tell their kooks “no.”

Tea Party envy led Democrats in Congress to paper over the violence and debauchery displayed at Occupy Wall Street’s myriad encampments. It is now compelling Democrats to embrace a new set of occupiers who established a tent city in North Dakota to protest the construction of the Dakota Access Pipeline. Despite the pipeline’s endorsement by the AFL-CIO—a formerly core group within the Democratic coalition—the left’s well-heeled environmental donor class demanded Hillary Clinton back the protesters (as Vermont Senator Bernie Sanders did). None seem phased by the fact that these protesters have invaded federal lands, are surrounded by the Army Corps of Engineers, have violently confronted law enforcement, encroached on private property, and are endangering themselves and others.

Democrats are going to find anyone who commands some enthusiasm from their base liberal voters irresistible. That’s why Representative Keith Ellison is the prohibitive favorite to chair the party’s national committee despite his unambiguous radicalism. That’s why the Elizabeth Warren wing and its celebrity adherents are going to inherit the party. It’s why the global left, in general, has managed to extract a nugget of nobility from the fetid mounds that constitute Fidel Castro’s legacy as the leader of a racially stratified, insurgency exporting, gulag state. Sure, he urged Soviet Premier Nikita Khrushchev to nuke the United States, but he gets the anti-Western liberal intelligentsia fired up. Fanaticism for a moribund cause is no vice.

It is a law of political physics that the out party’s devotees become bitter, detached from reason, and credulous in pursuit of vengeance against those they perceive to have injured them. Republicans endured this condition. It’s now the Democrats’ turn. 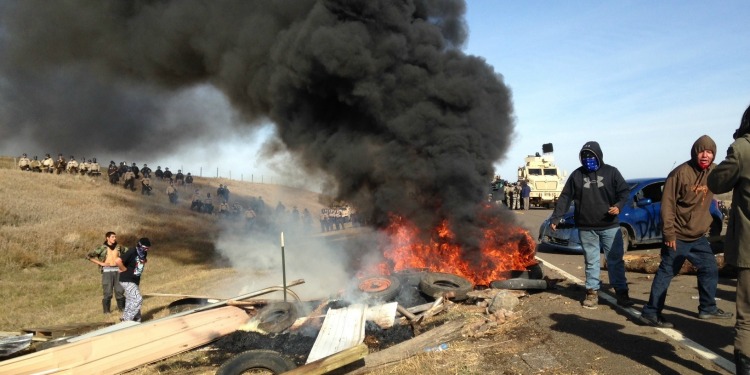