As the noose cinches tighter, Hillary Clinton’s tone has evolved from one of put-upon exasperation to anger and resentment over her plight.

She displayed a remarkable lack of self-awareness in an interview with NBC News in which the former secretary of state angrily contended that she, as president, would do everything within her power to shut down the House investigation into her controversial conduct as America’s chief diplomat. Clinton could perhaps make use of an advisor who would kindly inform her that her aggressive sense of entitlement and disrespect for congressional oversight is precisely why she finds herself in this predicament.

It nevertheless serves Clinton’s purposes to create the impression for her supporters that her struggles are entirely political in nature. This is a fantasy that Democrats apparently want confirmed – a phenomenon that resulted in a spectacularly shortsighted display on Tuesday night when the party’s presidential aspirants almost uniformly declined to address the severity of the email scandal. It’s a necessary effort on the former secretary’s part, but a doomed one. Clinton’s troubles are not political but legal in nature. The former secretary and her allies’ unceasing efforts to manipulate the process and intimidate those who are investigating her conduct have been greeted with frustrated pushback from sources within the community of independent investigators.

At the root of Clinton’s troubles is the allegation that she is liable for the “gross mishandling” of classified documents, which were housed on a poorly-secured, remotely accessible, “homebrew” server in her Chappaqua home. Every time Clinton and her allies have come to their own defense by suggesting that investigators do not believe she engaged in any criminal conduct, another bombshell explodes in the press.

Following the September revelation that two intelligence agency inspectors general recommended an investigation into Clinton’s mishandling of classified materials, the former secretary and her allies insisted that the intelligence community was on their side. They claimed that the process of classification is regularly subject to debate; the State Department routinely over-classifies information, and various agencies within the government often differ over what should and should not be marked as sensitive. What’s more, every piece of classified information in Clinton’s email server was only marked as such well after the former secretary left the administration, her campaign has contended.

Within hours of this wide-ranging self-preservation attempt, however, the New York Times published a leak attributed to “senior intelligence officials” confirming the inspector general’s findings. “[T]he special review – by the Central Intelligence Agency and the National Geospatial-Intelligence Agency – concluded that the emails were ‘Top Secret,’ the highest classification of government intelligence, when they were sent to Mrs. Clinton in 2009 and 2011,” the report read. You can bet that this leak would not have been forthcoming, or even necessary, had Clinton’s team quietly allowed the investigation to progress at its own pace.

Clinton isn’t the only politician who has encouraged some humiliating pushback from investigators.

“I don’t think it posed a national security problem,” Barack Obama told CBS News journalist Steve Kroft in an interview broadcast on Sunday when asked about the risks posed by Clinton’s rule-bending in service to her own sense of “convenience,” as she put it. “This is not a situation in which America’s national security was endangered.” He might as well have said that the FBI, which had confiscated Clinton’s server and is still investigating the affair, has acted “stupidly.”

The White House quickly began to backtrack and qualify the president’s unsubstantiated effort to absolve Clinton of fault. When asked if the president had prejudged the investigation into Clinton’s emails, White House Press Secretary Josh Earnest insisted that he had not and Obama was only blindly repeating what Hillary Clinton has said in the past. “Based on what has been made public and based on the public pronouncements of Secretary Clinton herself, that’s how the president arrived at the conclusion that this has not and does not pose a threat to national security,” Earnest averred.

That was not good enough for the FBI. On Friday, the New York Times was again provided with a helpful leak from highly placed officials within the Bureau. The paper reported that FBI agents were “angered” by the president’s dismissal of their investigation and that the president had politicized their proceedings. Another curiously timed leak out of the FBI on Friday revealed that Clinton was being personally investigated for violating the Espionage Act.

“If investigators conclude that the former secretary [Clinton] was criminally careless in how she approached the security of the sensitive documents in her possession, and then this part of the law could be used to prosecute her,” an unnamed agent told reporters with The Daily Mail. The FBI is carefully considering whether Clinton was guilty of the grossly negligent handling of classified materials and the obstruction of justice. These are indictable offenses.

“A former FBI agent, who is not involved in the case, said the inconsistent release of emails, with new documents coming to light from outside accounts, such as that of adviser Sidney Blumenthal, could constitute obstruction,” Fox News reported. “In addition, Clinton’s March statement that there was no classified material on her private server has proven false, after more than 400 emails containing classified information were documented.” If Clinton is guilty of criminal misconduct, the consequences of that discovery will be unprecedented in scale. It is the height of irresponsibility for the influential political figures, including the President of the United States, to signal their preferred conclusion to this investigation.

The more fervently the Clinton machine contends that the investigation into her conduct at State is a partisan invention of conservatives in Congress, the more sources within the FBI and the intelligence community have sought to counter that narrative in the press. If Clinton and her allies were confident that the investigation would result in exculpation, they would be better off not transparently working the referees. Perhaps they’re not all that confident after all. 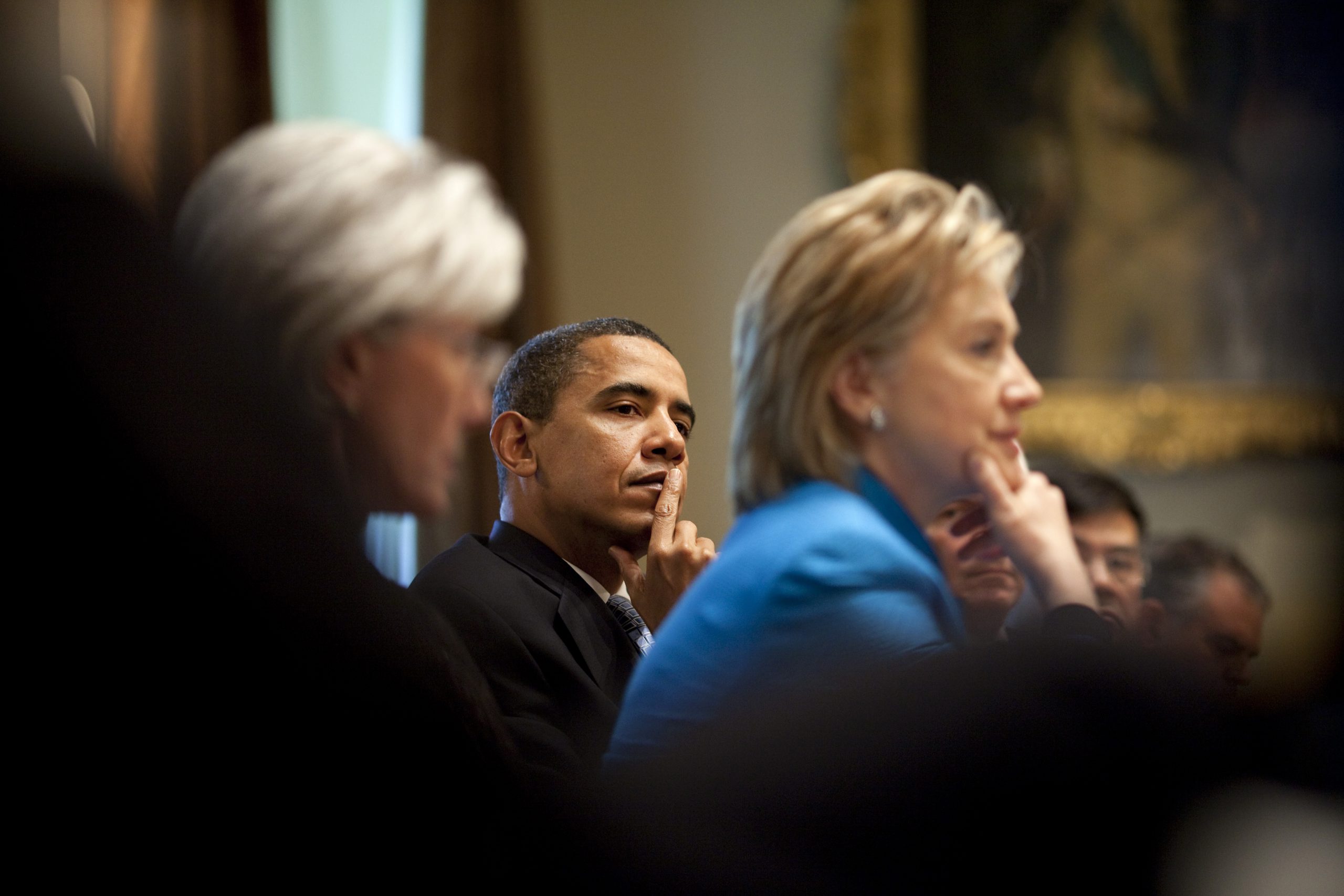