For the Democratic Party’s presumptive presidential nominee, 2015 has been a year of unmet expectations.

In the wake of the party’s historic 2014 midterm drubbing, the forlorn expressions on Democratic faces were washed away amid the realization that their most valuable player, Hillary Clinton, was stepping up to the plate. Her ascension to the nomination was a foregone conclusion. From there, the juggernaut organization that Democrats had constructed over the course of the Obama presidency would be bequeathed to the former secretary of state. Given her presumed political talents and the health of the party’s electoral apparatus, they were reasonably assured that Team Clinton was on an unalterable trajectory toward victory in 2016.

The irrational exuberance of Clinton’s supporters yielded what in retrospect seems like some rather silly projections. Hillary Clinton would not merely replicate Barack Obama’s sweeping victories in the Electoral College, some said, but she would expand the president’s map. Mitch Stewart, the president’s 2012 battleground state director and a Ready for Hillary consultant, told Talking Points Memo in November of 2014 that Clinton will likely build on Obama’s achievements. He predicted that she would inherit Obama’s base of no fewer than 332 Electoral College votes. From there, traditionally Republican states like Indiana, Arizona, Missouri, Georgia, and Arkansas would also fall into the Clinton camp.

That seems like fancy today, but there was a sound logical basis for this prediction at the time. “Where I think Secretary Clinton has more appeal than any other Democrat looking at running is that with white working-class voters, she does have a connection,” Stewart told TPM. “I think she’s best positioned to open those states.”

In 2011, as Obama’s reelection prospects had begun to appear bleak, lifelong Democrats were crushed by the necessary triaging that excised from the Democratic coalition the white, working-class voter. Faced with what like a scorched earth battle to reassemble the bare minimum number of votes Obama needed to form a winning coalition in 2012, Washington Post reporter Thomas Edsall wrote in the fall of 2011 that “all pretense of trying to win a majority of the white working class has been effectively jettisoned.” The generations-old coalition that Franklin Delano Roosevelt had built and cemented had effectively unraveled.

It turned out that Obama did not need the support of a plurality of working-class whites to retain control of the White House, but that realization did not relieve among liberals the psychological sting associated with their abandonment by what was once the backbone of the Democratic base. Clinton, it was imagined, would bring these voters back in from the cold. “I think Hillary Clinton can be a temporary salve to Democrats’ fading chances with white voters, primarily because she will attract women,” said Carter Eskew, advisor to Al Gore’s 2000 campaign, said last year. His was more a prayer than a prediction.

The belief in Clinton’s prohibitive appeal to both white voters and the minorities that made up the president’s “coalition of the ascendant” persisted well into 2015. “For reasons that are not pretty, nominating Clinton could stanch the flow of white seniors and white working-class voters, particularly men, away from the Democratic Party,” wrote columnist Jill Lawrence in April.

“She’s white,” one national Democratic strategist says simply. “That’s going to make it easier for her in some places. The reality is race is still an issue in our society. We certainly see that in the way people vote.” Another party operative, a veteran of several presidential campaigns, was even more emphatic: “The race thing cannot be overstated. It’s like a shark. It’s so close to the surface in some places that you can see its fin.”

There is an unmistakable hint of shame in this forecast.  White voters were so lamentably race conscious that they were expected to the Democratic fold merely because the head of the party shared their skin color. Of course, Democrats would sorrowfully welcome the support of these thoughtless brutes. What a difference a few months make. Today, the Clinton campaign is doing its best to reduce expectations and to puncture the Hillary bubble her devotees had so imprudently inflated over the years. Those white, working-class voters haven’t run into the waiting arms of the beneficent former secretary of state as was once predicted. For Clinton campaign supporters, this betrayal is supposedly motivated by precisely the same forces that they once believed would make white voters natural Clinton allies: their pervasive race consciousness.

As Politico reported on Tuesday, Team Clinton looks at their collapsing standing in the polls in the two key early primary and caucus states – Iowa and New Hampshire – and shrugs. Why? They’re too white.

“They are very white, they are very parochial. And they are not emblematic of the country,” this “friend” added.

Clinton’s campaign would like to create the impression that they are rejecting the verdict of monochromatic and backward voters in these early states, but that’s revisionist history. The Clinton team has poured millions into organization, canvassing, and advertising time in both states, only to watch as her support in the polls continued to ebb. That is quite a departure from 2008, when Hillary Clinton sought to contrast her appeal to Barack Obama by noting that she occupied a more competitive position ahead of the general election due, in part, to her appeal to white voters.

“I have a much broader base to build a winning coalition on,” Clinton told the Associated Press on the eve of the bitterly-contested South Carolina Democratic primary. She added that “Senator Obama’s support among working, hard-working Americans, white Americans, is weakening again” and that “whites in both states who had not completed college were supporting” her. “There’s a pattern emerging here,” Clinton emphasized.

Today, the likely Democratic nominee is projecting the impression that the real America lies not in the pasty liberal enclaves of the Midwest and the Northeast but – get this – the South. For a liberal left that has spent the better part of this century creating the impression that the rise of latent racism in the South coincided with the region’s turn away from the Democratic Party, Clinton’s avowed affection for the region must come as a shock. Clinton’s Southern “firewall,” which rests on the stalwart support of Democratic minority voters in South Carolina and the Southern Super Tuesday states, will salvage her political prospects and ensure her legitimacy as the rightful heir to Obama’s legacy.

When you hear the commentary class parrot the conventional wisdom about political demography, you’re most likely to be privy to road-worn blusterous pronouncements about the Republicans’ near-intractable race problem. And, yes, Republicans must appeal to a broader spectrum of minority voters if they are to remain a competitive party at the presidential level. What the last several months have exposed, however, is that Clinton and the Democrats have a complex and conflicted relationship with the population of majority white voters. It’s a “race problem” you rarely hear discussed in polite company. 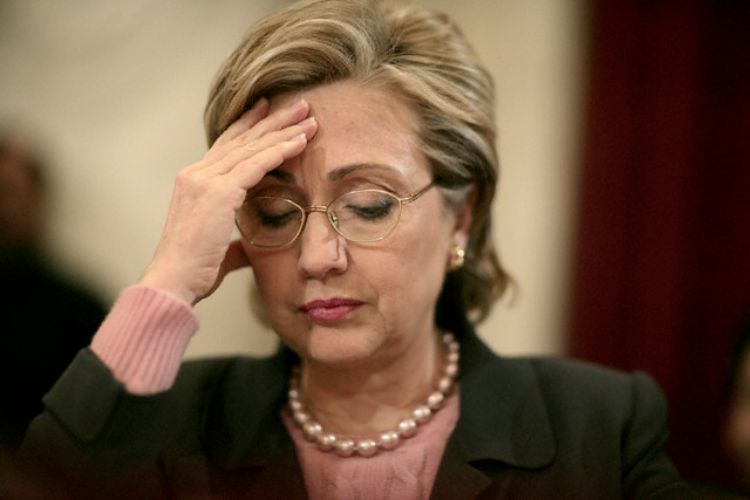