As the nation enters into a new stage in the campaign, in which the first votes are finally cast, the upstart Democratic candidate is surging in Iowa and New Hampshire. Given his momentum, the last thing he wants to do is upset that apple cart now. Enter MSNBC.

This week, the left-leaning news organization shocked with the announcement that it would host an unsanctioned debate between the Iowa caucuses and the New Hampshire primary. Hillary Clinton jumped at the opportunity to participate in another debate, as did Martin O’Malley. What about Sanders? He did what any self-respecting frontrunner would do when faced with the prospect of a potentially game-changing development this late in the campaign: he balked.

This was always an untenable position for the Sanders camp; it’s strategically shortsighted and optically indefensible to refuse the opportunity to debate your competitors, regardless of your position in the polls. So, the Sanders campaign made a bet. The self-described socialist from Vermont would participate in MSNBC’s unsanctioned debate after Iowa, but only if Clinton agreed to participate in three more debates well into the primary calendar, when the race has moved on to the states the former first lady believes serve as her “firewall.” It’s a gambit, but a smart one. The onus is now on Clinton, who after New Hampshire remains likely to regain her status as unassailable frontrunner, to either accept Sanders’ challenge or risk looking cowed by the insurgent.

It seems that a few conservatives running for the presidency took their cue from Sanders, but they learned precisely the wrong lessons. Two Republican presidential candidates tried their hand at a similar ultimatum: They offered worthwhile causes the prospect of a substantial donation, but only if the frontrunner, Donald Trump, agreed to provide them with exposure.

Trump is masking the motives behind his decision to skip Fox News Channel’s pre-Iowa presidential debate on Thursday night with his contention that it is just another episode in his ongoing (almost entirely one-sided) feud with host and moderator Megyn Kelly. In order to portray his decision as the skillful and necessary determination of a businessman who knows a bad deal when he sees one, and not the act of a calculating politician who would prefer not to jeopardize his position at the top of the polls, Trump is wrapping himself in the flag. The celebrity candidate will host a counter-programming event, broadcast on MSNBC, which is being billed as a benefit for veterans organizations.

It’s a risky move for Trump with just hours left before the Hawkeye State caucuses commence. Moreover, Trump’s attempt to use veterans’ causes to advance his own political prospects has invited unwelcome scrutiny of the real estate mogul’s charitable record.

Iraq and Afghanistan Veterans of America founder Paul Rieckhoff tweeted on Wednesday that his organization wouldn’t accept a dime from Trump. “We need strong policies from candidates, not to be used for political stunts,” he wrote. The Daily Beast recalled how, as recently as 2004, Donald Trump was publicly lobbying New York City to clean up Fifth Avenue and to get rid of the homeless veterans who could often be found there peddling wares to passersby. It was a position Trump has long held. “While disabled veterans should be given every opportunity to earn a living, is it fair to do so to the detriment of the city as a whole or its tax paying citizens and businesses?” he wrote in 1991. In August, the Associated Press reported that Trump’s own charitable giving is particularly meager, even to his own charity (to which he has not contributed since 2008). “Trump campaign spokeswoman Hope Hicks provided a partial list of donations that appeared to correspond with the foundation’s gifts — indicating that Trump may be counting other people’s charitable giving as his own,” the AP reported.

Given all this, it is a wonder that some Republican presidential campaigns sought to reinforce the notion that what Trump is doing is for the benefit of veterans rather than himself. Nevertheless, that’s what political observers witnessed last night.

In a Sanders-like ultimatum to Trump, Senator Ted Cruz’s PAC offered to provide a $1.5 million donation to “charities committed to helping veterans,” but only if the reality television star agreed to a one-on-one debate with Cruz prior to the Iowa caucuses. “The debate is solely between Mr. Trump and Senator Cruz.”  Before you go offering the dubious contention that Cruz is by law prohibited from coordinating with allied PACs, Cruz said he would honor the deal.

Whoever is advising these candidates to dangle massive charitable donations in front of veterans, but only on the condition that Donald Trump provides them with publicity they otherwise could not secure for themselves, is doing their respective campaigns a grave disservice. That’s not philanthropy; it’s a threat.

Not only is this an ethically questionable approach to both charitable works and campaigning, it looks desperate. More importantly, it makes a game of the struggles faced by American veterans. And for what? Trump was only ever going to ignore the supplications from his competitors, and these candidates have now promised much-needed relief for veterans organizations that they are now obliged – they contend – to withdraw.

If this were only about publicity for Cruz and Fiorina’s campaigns, we could say it was an embarrassing but easily forgotten display. Unfortunately for the veterans they teased, this was not a victimless affair. 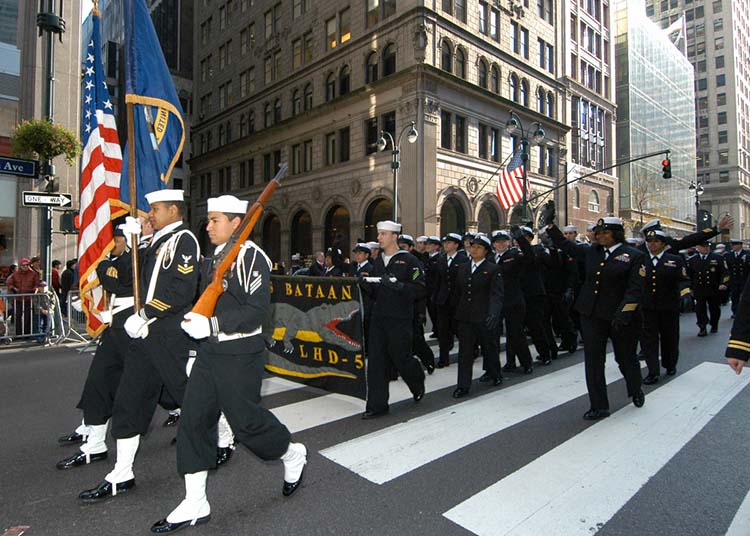