Americans who did not wake up to a new, more isolated reality last week are having that reality imposed on them this week. Lawmakers, public officials, and institutions are closing this country down, in some cases for an indefinite period.

State and federal guidelines have convinced some businesses to close of their own volition, while other restrictions are less voluntary. Some localities, including the entire state of New Jersey, are now under a strict curfew. As it stands, however, it’s not entirely clear how public officials have gamed out the long-term efforts to enforce compliance of these and other measures. According to New Jersey Gov. Phil Murphy, the curfew will remain in effect “for the foreseeable future.” If you can foresee more than two weeks into the future, it’s a picture that looks increasingly bleak.

The Centers for Disease Control have issued guidance indicating that all gatherings of over 50 or more people should be postponed or canceled altogether. Logically, this guidance should ground every airplane in America. It should clear out every train and subway car, and it should shutter every transportation hub. These are suggested guidelines, of course, but the prospect that we will have to take this recommendation as literally as possible is truly intimidating. Moreover, it may be counterproductive if the logistical hurdles these restrictions impose on public health officials impede their movement or the distribution of goods, services, and treatments Americans will need in a crisis that lasts more than a week. And according to the CDC, these restrictions should be observed for no less than eight weeks.

Americans are resilient and, despite the occasionally viral image of reckless crowds enjoying themselves at bars and restaurants over the weekend in defiance of public guidelines, traffic patterns across the country suggest that Americans are abiding by these voluntary restrictions. But the prudence public officials are observing has led them to endorse long-term closures or reject timelines entirely. That may seem like an abundance of caution to those for whom no restriction is too draconian, but a failure to provide the public with a light at the end of the tunnel, even a deadline that can be renewed with conditions permitting, establishes a set of restrictions that are doomed to fail. Necessity will intervene. The current sense of urgency will fade. Life will start going back to normal well before officials would like it to.

According to Ohio Gov. Mike DeWine and New York City Mayor Bill de Blasio, it’s not hard to imagine public schools not reopening at all in 2020, much less in two weeks. Actually, for parents, it’s quite hard to imagine that. Add to those students the 42 million Americans who can, and likely are, working from home, and the strain on the nation’s communications networks could be quite intense. “Video is already 70 [percent] of all network traffic,” communications analyst Roger Entner told Fortune Magazine. “The moment you add in videoconferencing to all the shows the kids are watching because schools are closed, it could be a problem if everyone is trying to get on at the same time.” If (or when) that window to the outside world breaks down, people will seek out community in whatever ways they can—whether it’s safe and rational or not.

And none of this envisions how Americans in jobs that require them to work from the point of service will survive if they are required to shelter in place indefinitely. Lawmakers are currently envisioning federal direct stimulus checks to affected Americans. Some are even entertaining more drastic steps like those taken by hard-hit European states—imposing moratoriums on the payment of rents and mortgages, and the temporary cessation of commercial evictions. The question is, again, how temporary? The psychological effect of “in perpetuity” is unlikely to calm anyone and is likely to yield less compliance with voluntary isolation guidelines.

These are unprecedented times that call for extraordinary measures. But policymakers are obliged to game out the consequences of their recommendations and ensure they are as rational as possible if they do not want to be ignored. The very worst outcome in this crisis would be for a critical mass of the public to dismiss official guidance. Because they almost certainly will when the only thing left in abundance is caution. 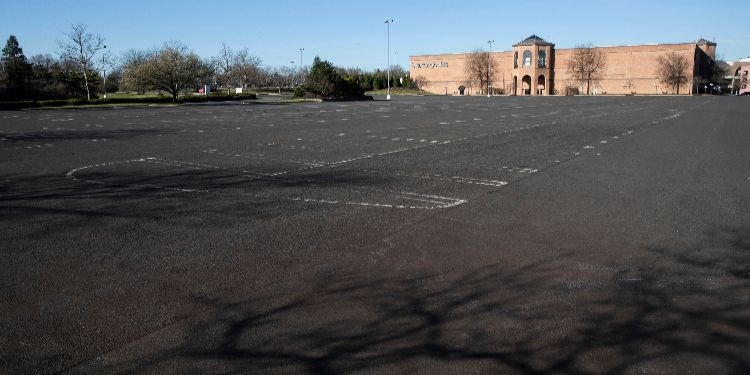