One of the many benefits of acknowledging that you lost an election is the freedom that admission gives you to soul-search and course-correct. On November 2, Democrats lost. The swing to Republicans in 2021’s off-year elections was so uniform and deep that all but the most unscrupulous hacks recognize that the party in power has a problem. In their efforts to diagnose that problem, however, Democrats have failed to acknowledge one of the more indomitable obstacles before them: the polls.

One area of public policy where Democrats and their allies in media are willing to admit that the governing party lost its way is public education. Specifically, how the pandemic contributed to keeping schools (wholly or partially) closed. That, New York magazine’s Adam Rice admitted, was the issue for New Jersey voters who nearly ousted an incumbent governor in favor of a little-known Republican challenger. That was the issue in Virginia, per the New York Times, for voters ranging from “lifelong liberal Democrats to activist Trump supporters.” That realization has led prominent voices on the left to urge Democratic officials to rein in constituent groups like teachers’ unions because, if they don’t, voters will.

It took an election loss for this revelation to dawn on Democrats, but that didn’t have to be. As early as the summer of 2020, warning signs were apparent well before voters registered their dissatisfaction at the polls. Following that year’s nightmarish spring, pollsters surveying parents in some of America’s most notoriously left-wing locales found that this engaged demographic was desperate to get their kids back into schools full-time. That sentiment only grew more pronounced by early 2021, as the temporary emergency measures adopted in early 2020 congealed into a new status quo.

But polls of parents were often drowned out by surveys of all adults, a majority of whom were far more reluctant to allow students to return to in-person education. If they were so inclined, Democrats could comfort themselves with the polling that suggested “few Americans” wanted schools to reopen normally. They might have clung to polls of black and Hispanic parents, who were reliably more cautious than their white counterparts, and they could have convinced themselves that a quick return to in-person education would contribute to American racial disparities. They could retreat to polls of teachers, who regarded a rapid return to normal as such a threat to their personal safety that it might produce a stampede of resignations among educators.

Armed with this information, Democrats assured themselves that school closures, remote and hybridized learning, and half-day education were good enough to satisfy their coalition without offending a majority of likely voters. That was wrong. Even now, pollsters continue to insist that dissatisfaction with COVID-mitigation policies in American classrooms is a fringe outlook. What those polls do not tell Democrats is that the fringe does not stay home on Election Day.

Schooling wasn’t the only area in which polling led Democrats astray. Another underexplored area that likely contributed to Democratic woes on November 2 was the debacle in Afghanistan.

While reflecting on Virginia gubernatorial candidate Terry McAuliffe’s loss, Michael Halle, one of his campaign officials, confessed that this race turned an ugly corner for the Democratic candidate when Kabul fell to the Taliban, touching off two weeks of bloody chaos culminating in a humiliating defeat for the United States. “That was the first and only shift in our internal polling from 4 or 5 points to just about even,” Halle said. There was no bounce back.

It’s unsurprising that Democrats farther down the ballot would be tarnished by Joe Biden’s role in engineering America’s disgrace in Afghanistan. The president’s polling, too, began to slide into negative territory after Kabul fell on August 15. That decline grew only more pronounced as the consequences of this folly manifested in abject chaos, American deaths, and the eventual abandonment of untold thousand of U.S. citizens and permanent residents behind enemy lines. For example, in Monmouth University’s final poll of the race for governor in New Jersey, just 43 percent of the state’s voters approved of the president’s performance in office while 49 percent disapproved. In the end, the Republican candidate vastly outperformed his polling to win precisely 49 percent of the vote.

Here, too, Democrats were misled by public opinion polling, which had long indicated that the American public wanted out of Afghanistan. A careful analysis of the polling around that issue in the years leading up to American withdrawal would have led more observers to conclude what Brookings Institute researchers Madiha Afzal and Israa Saber found: that the conflict in Afghanistan had lost much of its salience. More voters wanted Americans out of Central Asia, yes. But non-response rates and tepid support for full withdrawal should have led Democrats to conclude that precipitously abandoning American commitments there (to say nothing of the predictable chaos that would follow) would do more to sap the public of enthusiasm for Democratic governance than it would enliven the party’s base vote.

The lesson here, should Democrats care to learn it, is that enthusiasm favors the dissatisfied. That lesson is especially applicable today, as Democrats comfort themselves with polls that suggest the party’s unwieldy spending bills are popular even as inflation soars and voters begin to couple their worsening economic circumstances with profligacy in Washington. If Democrats reject that lesson today, voters may well have to administer it again next year. 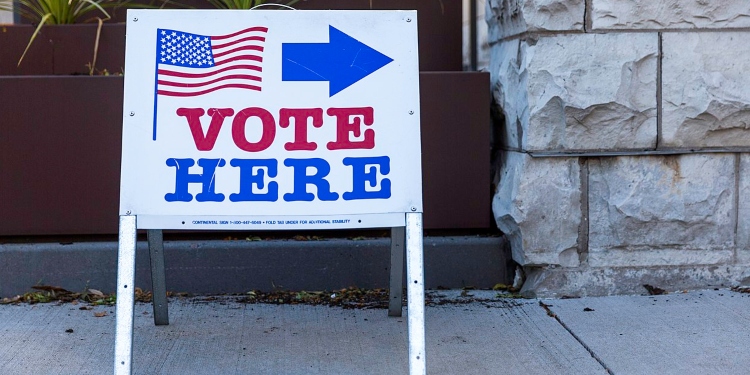