The shocking assassination of former Japanese Prime Minister Shinzo Abe is horrific enough. The murder of any political figure, much less a nation’s longest-serving head of government, certainly has political dimensions, but his killer’s motives are unlikely to be particularly coherent. Early reports suggest the assassin was a disturbed individual acting on his own accord, not to advance a comprehensible political agenda. But journalists, commentators, and political actors abhor a narrative vacuum. They have, therefore, rushed to leverage Abe’s murder for their own purposes.

The Associated Press opened Abe’s obituary by deeming the former Liberal Democratic Party leader a “divisive arch-conservative.” National Public Radio dubbed Abe an “ultra-nationalist.” These descriptors, both of which are tonally graceless, must be meant as disparagements because they don’t accurately describe where Abe fits within Japan’s political spectrum. The dispatches attempt to support their attempts at slander by rooting them in policies that could only be (barely) understood to be “ultra-nationalist” or “arch-conservative” in an American context.

The AP is reduced to backing up its claim by noting that Abe was focused on making his nation “beautiful” and “normal,” an indictment that would render us all nationalists. NPR supports its contention by noting that Abe downplayed human rights in Japan’s foreign policy and resented the “political values imposed” by America on Japan after World War II, including “reverence for the emperor.” Indeed, there would have been no surrender when it occurred had the U.S. not acquiesced to preserving Hirohito’s status after the War, guiding the nation gradually toward the principles of liberal democracy over decades.

To the extent that he was an “arch-conservative,” both the AP and NPR dwell on the former prime minister’s efforts to reinterpret and (unsuccessfully) rewrite the provisions in Japan’s pacifist constitution that constrain Tokyo from taking a more active role in the defense of its region. This was a project that was supported by George W. Bush, but it was also supported by Barack Obama. Yet another charge, that Abe had become a “more outspoken critic of China” and has urged Washington to drop its ambivalence toward the defense of Taiwan, has more or less become American foreign policy under both Donald Trump and Joe Biden. Indeed, a majority of Japanese fear Chinese military action in its region, see Taiwan’s security as linked with their own, and hope to deter any aggressive effort to alter the status quo.

While rewriting the constitution was so unpopular that it failed, Abe’s motives were not. Indeed, if these are controversial views, the controversy seems limited to these outlets’ foreign bureaus.

These rhetorical flourishes don’t shed light on Abe’s life and thought. They cloud and confuse more than they provide any enlightening context. It’s unclear why they were included at all save the inescapable desire to use the former prime minister’s death for parochial political purposes. In their eagerness to frame Abe as some kind of fanatic, these journalists have exposed their own fanaticism. 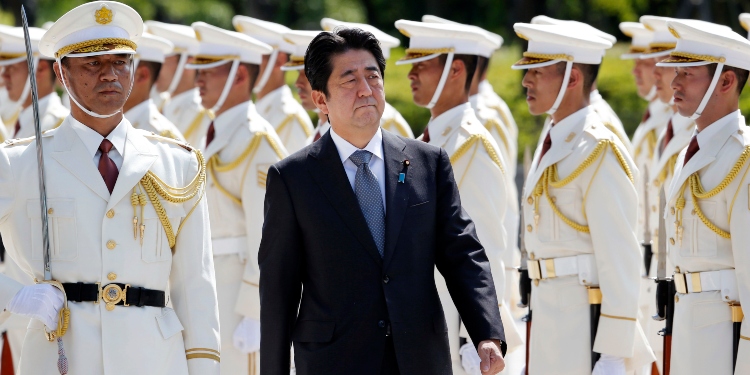