In the days that followed Donald Trump’s election victory, liberal assessments about what went wrong and prescriptions for how the Left can move forward were in short supply. There were, however, exceptions. Notable among those was Mark Lilla’s piece in the New York Times ten days after Hillary Clinton’s loss describing the need to bring about an end to the “age of identity liberalism.” Lilla’s case in favor of a “pre-identity liberalism” is a convincing one, but he doesn’t propose a method to bring about a return to this providential status quo ante. There’s a reason for that: there isn’t one—at least, not an easy one. Political movements are not party committees. They don’t radically redefine their mission at the drop of a white paper. The modern activist left was reared on toxic identity politics, and it seems disinclined to abandon this addictive poison without a struggle.

As Democrats come to terms with a new era of Republican dominance, leftists have rallied around the idea that they constitute a “resistance.” It’s no fluke that this term evokes images of beret-clad partisans gathering around lantern light plotting the sabotage of railway lines; they fancy themselves a rebellion against an illegitimate regime. It’s an invigorating fantasy, but a flimsy and self-serving one. Gallingly, the liberal anti-Trump resistance doesn’t share the organizational competence or unity of purpose demonstrated by the underground anti-fascist movements they seek to mimic. The modern left is an amalgam characterized by enforced ideological homogeneity with a multicultural face. Increasingly, however, it’s a face that resents its own multiculturalism.

Take, for example, the so-called “Women’s March” that will descend on Washington D.C. to protest the inauguration of Donald Trump on January 21. The masses gathered in opposition to Trump will create the appearance of unity, but a closer examination of the coalition united by their antipathy for the incoming administration paints a portrait of a movement at war with itself.

The Women’s March will be short at least one formerly eager participant who told the New York Times she canceled her trip to Washington D.C. after reading a volunteer organizer’s Facebook post who “advised ‘white allies’ to listen more and talk less.” The Times noted that racial tensions within the organization extend to the organizational level. A Louisiana coordinator resigned her volunteer role due to a lack of diversity in leadership positions. The decision to change the name of a satellite march based in Nashville yielded to a caustic debate over whether the event had become hostile to white participants.

The racial divisions within the liberal movement extend beyond this organizational activity. The Times details how prospective marchers were consumed by a debate over whether white women who are also rape victims are as deserving of sympathy as are victimized women of color due to the perceived “privilege” afforded members of the majority race. March organizer Linda Sarsour described how women could be united in the fight for equal pay, but white women should understand they continue to earn more than their black and Latina counterparts.

Obviously, this kind of racial advantage-seeking creates moiety where none previously existed. It unnecessarily robs this movement of cohesion and, thus, efficacy. If Trump is the unique threat liberals claim him to be—one so mortal that it’s a fight they have equated themselves to anti-Nazi resistance efforts—it stands to reason that the left’s perpetual grievance-measuring contest could be put on hiatus for the time being. It would seem that is asking too much.

This kind of fractious identity-based stratification is not a phenomenon on the decline, either. A generation of liberals raised on identity politics is only now coming of age. Its response to Trump’s election should give well-intentioned liberals like Mark Lilla heart palpitations.

For example, a precious group of MTV News presenters who offered the nation some New Year’s resolutions for “white guys” provides a window into the kind of thinking that generates the most purchase on the left. “First off, try to recognize that America was never great for anyone who wasn’t a white guy,” one female presenter opined. “Blue Lives Matter isn’t a thing,” said another, referring to the grassroots movement in support for police officers. “Learn what mansplaining is and then stop doing it,” a third presenter advised. Obviously, the inherent privilege associated with accidents of birth precludes this author from elaborating on what “mansplaining” describes.

This is plainly divisive. These are secret handshakes designed to enforce exclusivity. This is not the stuff that makes for a broad-based political movement, but that is not the point. The left allowed itself to be consumed by the myth that a racially diversifying America would provide liberals with an enduring majority. In embracing this fiction, the far left’s most committed identitarians have erected a noxious racial hierarchy. Members of the identity-first left don’t seem to see how their obsession with hereditary traits has stolen from them personal agency and collective political potency. Perhaps they haven’t noticed it yet. They will soon enough. 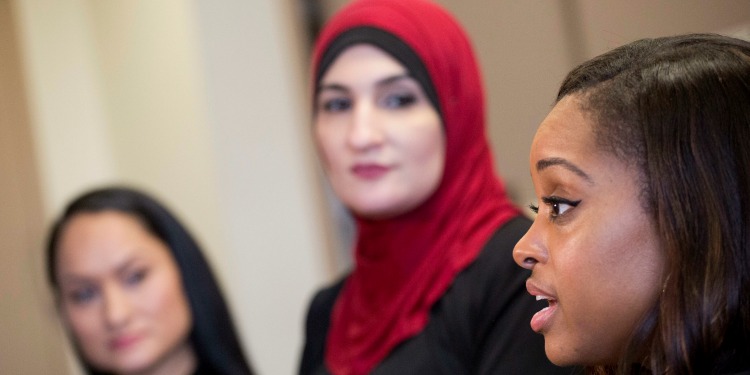