It is rare we can definitively say that the polls were right. No, not polls of the GOP electorate in the earliest primary and caucus states. The polls have for months shown the issue of immigration taking on outsized and disproportionate magnitude in the national conversation relative to its importance among voters who make up the GOP electorate.

To survey the conservative opinion landscape in print, on cable news, and on the radio, is to emerge thinking that virtually every Republican voter ranked immigration at or near the top of their list of legislative priorities. What’s more, any dispassionate observer would leave with the opinion that immigration reform with an eye toward legalizing the nation’s illegal immigration population was anathema to conservatives. These were never conclusions supported by public opinion data.

As I wrote in December, public opinion polls going back to the summer of 2015 were remarkably consistent in showing that only a handful of Republican voters ever rated immigration as their top issue. A Quinnipiac University poll from July (early on in Donald Trump’s candidacy) found just 13 percent of self-identified GOP voters cited immigration as the “most important issue” determining how they will vote.  Flash forward to February of this year, and that same pollster using the same methodology found just 7 percent of self-described Republicans and Republican “leaners” claimed immigration is their “most important issue.” It ranks well behind the economy and jobs, terrorism, and ties with the “federal deficit” as the issue most important to Republican primary voters.

Moreover, surveys have long shown that the Republican electorate is not of one mind on the matter of immigration. In August, a majority of GOP voters told Gallup pollsters that they support a pathway to citizenship for the nation’s illegal immigrant population while only 31 percent support deportation alone. A Pew Research Center survey from the same period confirmed those results, showing that 56 percent of surveyed Republicans back a path to legal status for illegal immigrants who meet certain requirements.

It should not be surprising then that the exit polling from the first 2016 primary states bears these findings out. In Iowa, 13 percent of GOP voters ranked immigration dead last on their list of priorities when asked to choose between that issue and economy/jobs, terrorism, and government spending. This phenomenon was repeated in New Hampshire where voters who came out in droves to vote for Donald Trump also ranked immigration dead last on their list of four priority issues. Even in South Carolina, a state closer to the Southern border and with a much higher unemployment rate than either the Granite or Hawkeye State, just 10 percent of voters cited immigration as their top concern.

None of this will persuade The Ten Percent that their issue is not the single most important issue on the minds of most Americans, if not every Republican. Many will contend that immigration is the issue that affects all others. Immigration is a terrorism issue, a jobs and economy issue, and a federal budget deficit issue. Call it the “Global Warming Theory of Immigration.” Liberal Democrats are more likely to cite climate change as the nation’s most pressing priority because they, in their wisdom, can see how climate affects virtually every aspect of public policy. Similarly, the immigration-above-all Republican views him or herself as a truth-teller that can see through the media filter to the omnipresence of the issue of immigration. These Republicans will cite the border and an immigration reform bill that failed three years ago to explain the rise of Trump, but the exit polls (and a substantial amount of post-Trump survey data) simply don’t support this contention.

There are many theories to explain Trump’s rise to the top of a fractured field of Republican candidates, and the legitimate economic anxieties of a lower-to-middle class of working Americans is just one of them. While stagnant incomes and contracting prospects for advancement for the nation’s working-class might be exacerbated by illegal immigration, to ask Trump supporters about what animates them is to hear something very different from what pundits expect.

For example, South Carolina’s exit polls contained another clue as the roots of Trump’s support. Whereas Trump suffered among voters who favor “electability” and those who want a candidate that “shares my values,” he dominated among those who want a president who “tells it like it is,” to the tune of 78 percent. But as our Max Boot and others have noted, Trump doesn’t tell it like it is. Quite the opposite, in fact. In just the last several weeks, he has misled reporters about his opposition to the Iraq War prior to 2003, has made up claims about Muslims in Jersey City celebrating 9/11, and told slanderous myths lionizing the allegedly vengefulness and religious intolerance of World War I General Jack Pershing. Chris Christie told it like it is, but he also declined to indulge the bloodthirsty and the bigoted. Where is he now?

Trumpism is surely in part a backlash against a Republican political class that pursued an immigration reform agenda unpopular enough to die an ignoble death in the Congress. It is also surely about a universe of other issues, some of which confirm the preferred biases of the pundit class and others that do not reflect so well on the movement’s members. It serves no one to sugarcoat this moment in order to appropriate it so as to retroactively confirm our biases. 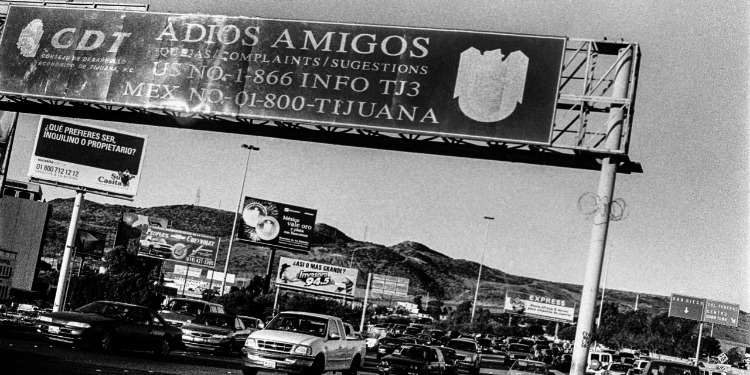