Call it “Jeremy Corbyn syndrome.” This distressing malady has manifested most acutely in British liberals, but it is an epidemic spreading throughout the transatlantic left. It is a disorder characterized by a pathological refusal to acknowledge or accept the admonition of the public and a petulant, uncompromising response to rebuke. The symptoms of this self-destructive condition are beginning to be observed in a new host: American Democrats.

The scale of its losses in the quinquennial U.K. general elections earlier this year shocked Labour. The voters soundly rejected a modest center-left agenda promoted by former Labour leader Ed Miliband. Instead, the British delivered to Prime Minister David Cameron the first outright Tory majority government since 1992. Miliband resigned in disgrace and sent his party scrambling to redefine itself. And redefine itself it did, as a far-left institution unreflective of the British liberal minority. Labour’s defeat sent a cantankerous and previously marginalized subgroup of liberals into a fit of pique that yielded the ascension of the irresponsible parlor-socialist Jeremy Corbyn to leadership. He has set about trying to rehabilitate some of Britain’s most irresponsible figures and ideas.

Corbyn’s unabashed embrace of radical points of view palatable only to the minority of the minority is telling. A juvenile peevishness has overtaken the influential British left, and they are determined not to sway with the will of the electorate but to stand athwart it – even if that means many more years in the wilderness.

The symptoms of an American version of this ailment are most easily observed in the rise of the self-described socialist and Vermont Senator Bernie Sanders to presidential contender status. But that is only the most outwardly evident sign of contagion. There are more subtle indications that this plague has taken root in an even broader population of susceptible Democratic victims.

There is perhaps no better example of the left’s increasing obstinacy than on the issue of abortion. In an appearance on Face the Nation on Sunday, Hillary Clinton was cornered over the controversial revelations exposed by a series of undercover investigations into the taxpayer-funded abortion provider Planned Parenthood. Cleverly, CBS News anchor John Dickerson managed to coral Clinton into a corner with a question that forced her to choose between either her party’s far-left activist base or the majority of American voters. Clinton chose the former.

“This week, the Senate is going to vote to impose a federal ban on late-term abortions,” Dickerson observed. “Do you support a federal limit on abortion at any stage of pregnancy?

“I think that the kind of late-term abortions that take place are because of medical necessity,” Clinton replied. “And, therefore, I would hate to see the government interfering with that decision.”

This is an incautious dodge cloaked in a sop to small government conservatism, but it shouldn’t fool anyone. The notion that there should be no restrictions on elective abortion at any point in the pregnancy is a minority viewpoint. According to Gallup’s polling, which has been testing public opinion on abortion since 1975, only 29 percent believe that abortion access should be restriction-free (down from an all-time high of 34 percent in 1993). A majority, 51 percent, believe that abortion should be “legal only in certain circumstances.” What circumstances would those be? For most, that means cutting off access to elective abortion in the early part of the second trimester. A 2013 ABC News/Washington Post poll found that 56 percent of respondents favored cutting off access to elective abortion at 20 weeks, down from the current 24-week maximum.

Both that survey and a subsequent Quinnipiac University poll found that a full 60 percent of women favored a 20-week ban. An American left that heaped laurels upon former Texas State Senator Wendy Davis for opposing 20-week restrictions on abortion couldn’t see that they were making a hero of a figure with whom even women disagreed. “I think that, again, this gets back to whether you respect a woman’s right to choose or not,” Clinton told Dickerson. Her unconvincing contention, that abortion should be unrestricted even right up to the moment of birth, is one “women’s issue” that most women oppose.

If confusing a tribal scream with a dogmatic policy position is an early sign of latent Jeremy Corbyn Syndrome, Democrats have been struggling with its onset for some time. “Where I feel that I’ve been most frustrated and most stymied,”  President Barack Obama told the BBC in July, “is [America remains] the one advanced nation on earth in which we do not have sufficient common-sense, gun safety laws.” In that interview, Obama pledged to continue to work toward enacting new federal gun laws before his presidency was over. There may be no finer example of the left’s self-destructive propensity to dig into indefensible terrain than on the issue of guns.

“The latest polling data from both CNN/ORC and Pew Research Center concluded that there is more support to protect the ability to possess guns than to restrict gun ownership,” CNN reported in July. “According to a statement from Pew, this is the first time the survey data has shown this kind of trend in more than two decades.” What’s more, this increased support for gun rights has coincided with an increase in firearms purchases. In 2014, nearly four in 10 American households reported to Economist/YouGov pollsters that they owned a gun. This result reversed a four-decade-old trend in which ever fewer households reported owning a firearm. In 2013, two Colorado legislators, including the state Senate president, were successfully recalled after passing stricter gun laws in the wake of the 2012 Aurora theater shootings. A party that had not been consumed by ideology would observe all of this as a necessary correction from the public, and it would at the very least engage in a tactical course correction as a result. Instead, perhaps as a display of zeal, the left remains devoted to a losing strategy.

The Democratic Party’s politicians survey the political landscape and find a plentiful topography rife with hills upon which to die. Choosing one’s battles is increasingly viewed as the mark of the insufficiently committed. Ideological litmus tests and obstinacy in the face of the voters’ censure is the first stage of the terminal infection that is rendering the British left weak and hollow. And like their British counterparts, American liberals may not be able to self-diagnose their condition until it is too late. 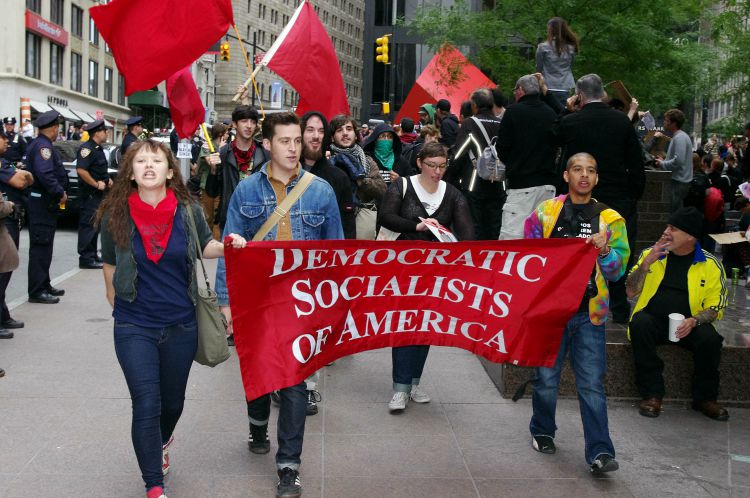