It has been nearly four years since Barack Obama extolled both his and the nation’s “moment of success” in Iraq. In a victory lap, the president maintained that the United States was leaving behind a “sovereign, stable and self-reliant Iraq, with a representative government.” At the time, he was right. Americans on all ends of the political spectrum were happy to slough off the burden of preserving Iraqi security and, after over eight years of war, it looked like the mission was a success. Today, U.S. soldiers are again back in Iraq, but the pain of that reversal of fortunes is so acute that American officials must commit to a fiction in which the United States is no longer fighting the last decade’s wars.

To the extent that the new war in the Middle East makes headlines in the West these days, it is often to focus on the coalition of anti-ISIS allies being displaced in the region by Russian and Iranian forces. U.S.-led operations are, nevertheless, ongoing both in the air and on the ground in Iraq and Syria. And some of those operations are quite successful. Last week, 70 prisoners were liberated from an Islamic State prison in Iraq when Kurdish Peshmerga and U.S. Delta Force soldiers triumphantly raided the detention facility. The helmet camera footage of the operation reveals how tense the situation was, and how the ISIS militants guarding the facility did not go quietly. While the operation was successful, however, it was not clean. For the first time since the president committed his country to the war against ISIS, a U.S. service member was killed fighting for the sovereignty of the post-Saddam Hussein government in Iraq.

Master Sergeant Joshua Wheeler was 39-years-old. He is survived by his wife, his four sons, and his grandparents. He had been deployed 17 times in his long military career, mostly to Iraq and Afghanistan. “Wheeler’s awards and decorations for his service were numerous and include four Bronze Star Medals with Valor Device, seven Bronze Star Medals, the Defense Meritorious Service Medal, the Meritorious Service Medal, the Air Medal, the Joint Service Commendation Medal with Valor Device, the Joint Service Commendation Medal, seven Army Commendation Medals, the Joint Service Achievement Medal, eight Army Achievement Medals, the Good Conduct Medal (6th award),” NBC News reported. That is just a small sample of the decorations Wheeler had earned before he made the ultimate sacrifice in service to his country. But his country could not even call the action in which Wheeler was engaged when he was killed “combat.”

When Defense Secretary Aston Carter addressed the press regarding Wheeler’s death, he told reporters to expect an uptick in the tempo of similar raids. He insisted, however, that U.S. soldiers were not “assuming a combat role” and were merely acting as advisors to regional and Iraqi forces.

“This was a support mission in which they were providing support to the Kurdistan Regional Government. U.S. forces are not in an active combat mission in Iraq,” Pentagon press secretary Peter Cook said bluntly on Thursday.  “There are Americans involved in training and advising Iraqi security forces around the country. We do not have combat formations there the way we had once upon a time in Iraq, or the way we have had in years past in Afghanistan,” Carter later added. Perhaps sensing that the semantic games in which he was engaged were off-putting, Carter applied a human touch before abandoning the lectern.  “This is combat,” he said. “Things are complicated.”

Yes, and in more ways than one. In the wake of the operation that led to Wheeler’s death, a statement released by the Pentagon quoting Operation Inherent Resolve Combined Joint Task Force Commander Lieutenant General Sean MacFarland revealed the scope of the bind in which American commanders find themselves. “U.S. forces are not in Iraq on a combat mission and do not have boots on the ground,” he insisted. This mission was not part of the effort to train and advise Iraqi forces to roll back ISIS, but part of a broader counterterrorism mission throughout the region. How convenient. If there were “boots on the ground” in Iraq engaged in combat against Islamist militias, it would constitute the collapse of one of this White House’s preferred political narratives. For the sake of trite politics, the supreme sacrifice of a decorated American serviceman who fell in a firefight on foreign soil had to be briefly diminished.

Americans have come to terms with Barack Obama’s determination to avoid complicated foreign entanglements as his final term in office comes to a close, even if that renders him a mere placeholder and tempts the world’s revisionist powers to test their limits. If this latest episode were just another chapter in that sad tale, it would be lamentable but not especially shocking. Clinging to the fantasy that the Iraq War is over is, however, part of the president’s broader political strategy to leverage his clout as commander-in-chief of the military to achieve long-sought domestic policy goals.

On Thursday, Barack Obama vetoed the National Defense Authorization Act – the first time that has occurred since 2007. Obama is not the first president to refuse to sign an NDAA, but the conditions that compelled him to wield his veto pen were unique, according to Senator John McCain and Representative Mac Thornberry. “In each case, the president objected to an actual provision in the bill, and each time Congress’s Armed Services committees were able to find a compromise that earned the presidential signature,” they wrote in the Wall Street Journal. But Obama has taken a different course. “He has become the first commander in chief willing to sacrifice national security by vetoing a bill that authorizes pay, benefits and training for U.S. troops, simply because he seeks leverage to pursue his domestic political agenda,” they insisted.

In a statement, the president said that he objected to Congressional efforts to fund Guantanamo Bay and to reverse the mandatory spending cuts locked in by “sequestration,” calling the new workaround funding for emergencies and war costs a “slush fund.” Many observers saw this as just a smokescreen designed to protect the president from due opprobrium for this virtually unprecedented power play. Obama’s real aim was to communicate to Congress his intention to fight for his domestic budgetary priorities ahead of negotiations over the fiscal 2016 budget. This would be scandalous in normal conditions, but Obama’s veto occurred on precisely the same day Master Sergeant Wheeler was killed in combat operations in Iraq. Such is this White House’s commitment to the deceptive narrative that his presidency oversaw the end of America’s post-9/11 wars. That’s more than merely tragic; it’s a disgrace. 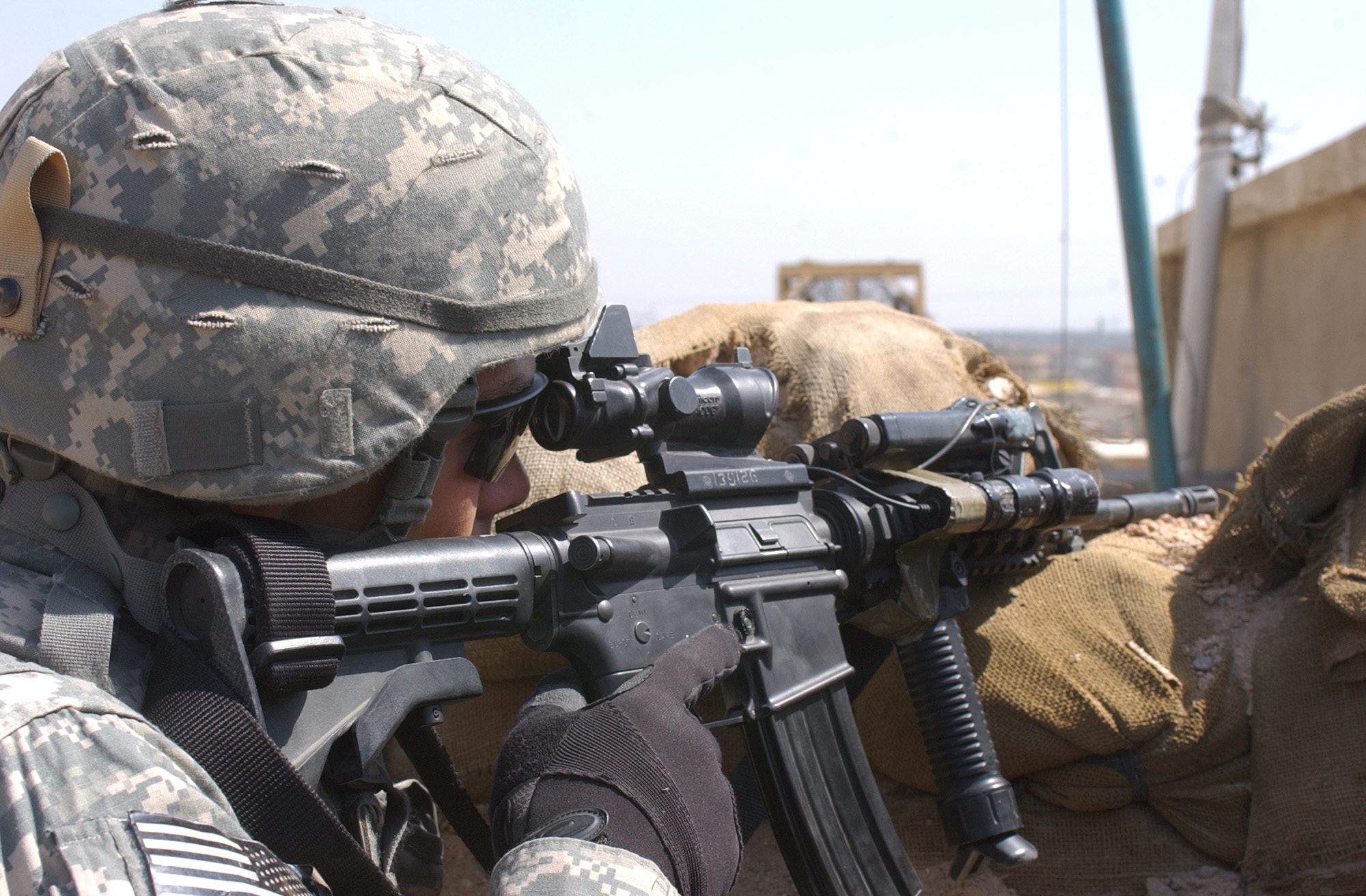