In the days that followed the 2015 assassination of Russian opposition leader Boris Nemtsov, the Kremlin dramatically expressed its condolences. Even Vladimir Putin said in a statement “that this cruel murder has all the signs of a contract killing and carries an exclusively provocative character.” Indeed, the brazen shooting of Nemtsov on a bridge overlooking the Moscow river within eyeshot of the Kremlin left no room for any other conclusion. One must assume that the terrorizing audacity of this attack was, in fact, the whole point.

The Russian government is wracked with grief again today following word that another famous opposition figure, Alexei Navalny, is in a coma following a suspected poisoning.

Kremlin spokesman Dmitry Peskov wished Navalny a speedy recovery on Thursday, though he urged the public to avoid reckless speculation as to the cause of the opposition figure’s illness. You can be forgiven a little skepticism.

Navalny is only the latest Kremlin critic to have been attacked in this manner. Anna Politkovskaya, a journalist who chronicled Russian abuses in the Caucuses, was poisoned in 2004 and survived, only to be shot to death in her apartment building’s elevator two years later. During his campaign for the Ukrainian presidency in 2004, the anti-Russian candidate Viktor Yushchenko somehow ingested enough dioxin to leave him permanently disfigured. Alexander Litvinenko, a prominent Russian defector, died from polonium poisoning in a British hospital in 2006. The journalist Vladimir Kara-Murz was nearly killed by toxins in 2015 and 2017. The artist and spokesperson for the anti-Putin band Pussy Riot, Pyotr Verzilov, was poisoned in 2018. That year, former Russian spy Sergei Skripal and his daughter Yulia were attacked with a nerve agent in England.

The number of Kremlin critics who somehow encounter deadly toxins is rivaled only by the number of Russian dissenters who are mysteriously prone to falling out of open windows.

We can further presume that the Kremlin’s sympathy for Navalny’s condition is insincere given the years they’ve spent persecuting him. The leader of the “Russia of the Future” party and anti-corruption activist who has alleged high-profile incidents of graft within the Russian government has been the target of street harassment, assaults, and repeated arrests. His 2013 conviction on embezzlement charges ignited a wave of street protests that likely contributed to a court’s decision to suspend his sentence. He was very nearly blinded in 2017 when an assailant threw a caustic green liquid in his face. The organization he helms has endured repeated raids and investigations, and his foundation has been labeled a “foreign agent” by Moscow.

We can safely assume we do not know the whole story behind Navalny’s hospitalization, but if agents loyal to the Kremlin were involved, the timing is most conspicuous and unnerving.

Across the border in neighboring Belarus, waves of unrest have rocked the country following the disputed reelection of “Europe’s last dictator,” Viktor Lukashenko. Mass demonstrations involving core sectors of Belarusian society, including constituencies previously thought to be Lukashenko loyalists, have lent an existential element to the unfolding crisis.

Belarus remains one of Russia’s staunchest post-Soviet allies, and Moscow has spent the last several years seeking ever-greater integration between the two nations. The neighboring states share common border-control regimes and a joint air-defense system. The Kremlin and Russian Federation lawmakers have pursued a single currency and “a full-fledged union” between the two states. There is reportedly no love lost between Putin and his ally in Minsk, but nor can Moscow afford to see Lukashenko leave office on terms that are not of his own making.

Few expect Russian tanks or plausibly deniable “little green men” to begin streaming over the border in the effort to prop up Lukashenko’s teetering dictatorship (though the prospect should not be ruled out). And yet, with the escalating crisis in Belarus fueling anti-Putin demonstrations inside Russia, it is a particularly convenient time for Russia’s most prominent opposition figure to be incapacitated.

Russia is, by all accounts, spooked by events in Belarus. And when a favorable status quo in Russia’s “Near Abroad” is threatened, Moscow has a habit of engaging in reckless and destabilizing behaviors to preserve it. Navalny’s debilitation may, in fact, merely be a harbinger of events yet to come. 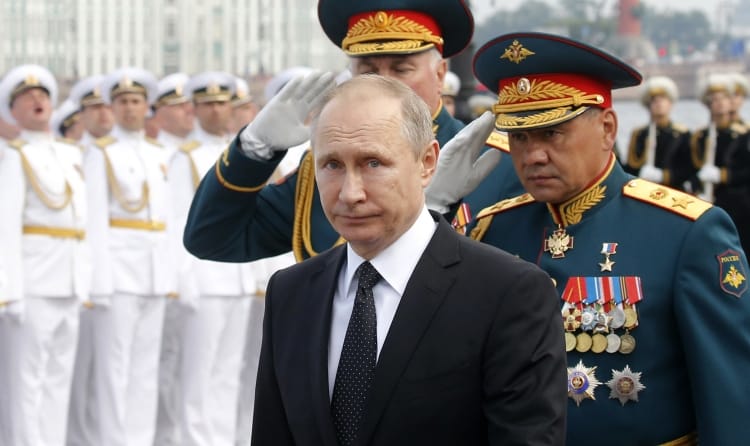