Perhaps because it has been anticipated for so long, the ghastly revelation that Islamic State militants are now deploying chemical weapons against their Kurdish foes did not shock Western observers. When it was revealed that ISIS had deployed not merely chlorine gas but the disfiguring blister agent mustard gas, it triggered only modest revulsion in the Western press. Our muted reaction is its own tragedy. We are inured to ISIS’s barbarism. We have come to terms with its existence. We no longer flinch when men are drowned or burned alive for the cameras. We see their child executioners as a reflection of our impotence, and we turn away. We have come to accept the use of weapons of mass destruction in civilian quarters and on battlefields as a lamentable new normal in the Middle East. This, perhaps more than any of President Barack Obama’s dreadful foreign policy legacies, is among his worst. We have become habituated to horrible conflict. What’s more, we have fooled ourselves into believing that we are powerless to do anything about it. That is a comforting lie, and it must be dispelled if the geopolitical order for which our grandfathers fought is to be salvaged for our children.

To understand the depth of the present crisis, one that has both systemic and cognitive dimensions, it is necessary to revisit the early years of the Syrian crisis.

“We have been very clear to the Assad regime, but also to other players on the ground, that a red line for us is we start seeing a whole bunch of chemical weapons moving around or being utilized,” President Obama averred on August 20, 2012. It was a statement he would soon regret. It was not long before the Syrian regime began deploying nerve agents against anti-government rebel positions regardless of their proximity to civilians. Horrible images of twisted human forms felled by poisonous gas, children frothing at the mouth, and scores of bodies stacked like cordwood soon began filtering out of Syria and into the Western press. The decades-old prohibition on the battlefield use of chemical weapons had been violated. It was soon evident that the United States, the world’s lone superpower, would be obliged to rally its war-weary allies to reinforce the taboo on the use of those horrible weapons through force of arms.

It was a task for which Barack Obama was ill equipped. For months, he barely concealed his irritation over having to uphold his obligations to humanity and posterity. “I didn’t set a red line. The world set a red line,” Obama maintained in September of 2013 amid his desperate pursuit of a strategy that might distance himself from his own injudicious pronouncements. But Obama could not so easily put a stop to the events he had set in motion. The president was compelled to mobilize public opinion in favor of war, and to prosecute it — alone if it came to that. Secretary of State John Kerry was dispatched to London just days after the House of Commons rejected the prime minister’s request for authorization to use force against Bashar al-Assad’s regime. The British, it would seem, had no spine to enforce the proscription of the battlefield use of WMD’s. It would fall to the United States to lead the way.

But Obama was equally predisposed toward timidity in the face of public opposition. On September 9, 2013, Kerry said Assad had just one week to surrender his chemical weapons stockpile to international observers. If Assad did not comply, however, the secretary insisted that his regime would face only “unbelievably small” pinprick airstrikes. The following day, Barack Obama delivered a prime-time address that was originally intended to be one in which he would make the case for intervention in Syria. But the president had been pursuing an off-ramp in the days leading up to this speech. Instead, Obama announced to the world that he would only strike Syria if a Russian-brokered arrangement in which Assad agreed to give up his WMD stockpile to Western intermediaries were rejected. Assad accepted the deal. This would prove to be one of Obama’s most fateful mistakes.

The Russians were not acting altruistically. Assad has long been a client of Moscow, and the Russian naval base at Tartus in Syrian territory is its only remaining post-Soviet port on the Mediterranean. Both Russia and the United States knew that Assad would be unable to surrender all of his chemical weapons even if he were inclined to do so. Syria was in the midst of a civil war, and Damascus had no control over much of its territory, some of which housed chemical weapons stockpiles. Nevertheless, the deal was signed, and the West celebrated a short-term victory. It was not to last.

Moscow correctly calculated that Barack Obama needed Russia’s aid, not only in resolving the Syrian crisis but also in ongoing nuclear negotiations with Iran and began to behave accordingly. When the Euromaidan protests in Kiev erupted, resulting in bloodshed and ultimately the ouster of Ukrainian President Viktor Yanukovych in February 2014, Obama did not react forcefully. Nor did America’s president respond when Vladimir Putin took in the expelled former leader who went about setting up a government in exile inside Russia. Putin presumed that Obama would also not react when he invaded and annexed portions of Ukrainian territory. He determined the West’s response would be muted when he infiltrated Russian fighters into Ukraine to ignite a separatist war. Ultimately, Putin was right, and Obama’s refusal to vigorously tackle Ukraine’s evolving conflict at its outset has yielded a Europe that is again at war.

Only a few weeks would pass before the scale of Obama’s self-deception was revealed. In the spring of 2014, ISIS fighters exploded over the Syrian border into Iraq, sacking the second largest city in the country with startling speed. Even amid a brutal civil war that was evolving into a regional conflict, the West again celebrated in June of 2014 when Syria reportedly surrendered the last of its chemical weapons. “The final 8% of the 1,300-ton stockpile, which included mustard gas and raw materials for making sarin nerve gas, has been loaded onto Danish and Norwegian ships in the Syrian port of Latakia,” the Associated Press revealed. Conveniently, Washington determined that chlorine gas, which Assad’s forces rain down upon Syrian cities with impunity, did not constitute a chemical weapon.

By October 2014, United Nations Ambassador Samantha Power was accusing Assad’s regime of misleading weapons inspectors – a development shocking only to the terminally credulous. In May of this year, America’s United Nations delegation was sounding the alarm about Assad’s reckless use of chlorine and “other gases” on Syrian rebels.

Today, Middle Eastern battlefields are characterized by a kind of barbarism previously alien even to that conflict-prone part of the world. “The officials said Islamic State could have obtained the mustard agent in Syria, whose government admitted to having large quantities in 2013 when it agreed to give up its chemical-weapons arsenal,” the Wall Street Journal reported. “The possibility that Islamic State obtained the agent in Syria ‘makes the most sense,’ said one senior U.S. official. It is also possible that Islamic State obtained the mustard agent in Iraq, officials said, possibly from old stockpiles that belonged to Saddam Hussein and weren’t destroyed.” Regardless of how those weapons were obtained, it is a political embarrassment for this administration. As such, it and the fates of those who are subjected to these horrible weapons will be ignored.

The Obama White House’s commitment to inaction has provided a textbook case study on the effects of paralytic inaction in the face of international crises. The suboptimal conditions in Europe and the Middle East will look downright favorable compared to those the next American president will confront in January of 2017. With luck, the American voting public will reject Obama’s embrace of the path of least resistance and correctly assess that such a course offers no resolution but only reprieve. Obama will not alter his course – he is committed to salvaging his irreparably damaged foreign policy legacy by pursuing détente with dictators. Only a new U.S. administration and a mandate from the voters to reverse the disastrous course can establish moorings for a world cast adrift in the absence of American leadership. 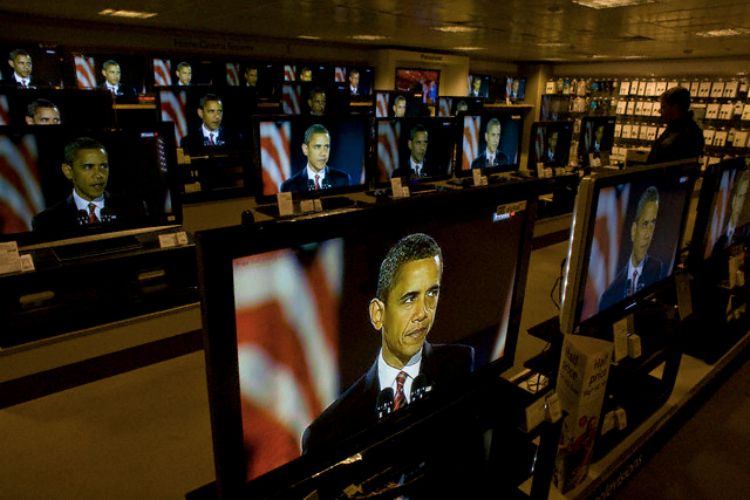