You might have missed the latest Democratic debate. Don’t worry; that was the point.

The event broadcast on MSNBC on Friday night was not designed to attract as many eyeballs as possible. The contest between the three remaining Democratic candidates in the race for the party’s nomination wasn’t even billed as a “debate,” but rather a “presidential forum.” In retrospect, this was a wise move. There was not much debating to be had.

The primary is over; Hillary Clinton won. The remaining Democratic confabs, none of which will occur in prime time on a weekday before Democrats in Iowa and New Hampshire have already had their say, are designed only to support the illusion of competition. The nomination having already been determined barring an act of either God or the Department of Justice, there’s nothing left for the party to do but drift gracefully toward the nominating convention in Philadelphia and to protect the likely nominee from herself.

Moderated by MSNBC host Rachel Maddow, the Democratic candidates’ forum in South Carolina consisted of three one-on-one interviews with Hillary Clinton, Bernie Sanders, and Martin O’Malley. The candidates were probed sequentially in reverse order from their standing in the polls. In another contrast with the Republican debates, the candidates were not questioned about matters that are of much concern to the general electorate. The items on which they were asked to opine were of interest almost exclusively to liberal voters. For their part, the candidates knew precisely what kind of audience they were addressing and made an effort to accentuate their progressive proclivities.

Hillary Clinton was prompted to moderate her support for the death penalty, and she said it would be a “sigh of relief” if the Supreme Court abolished capital punishment from the bench (in essence, declaring a portion of the Constitution unconstitutional). Bernie Sanders sought to defend himself from the charge that he displayed vile misogyny when he affirmed that “all the shouting in the world” about new gun laws would not curtail gun violence. Incidentally, he was also prompted to defend his deviation from the left’s doctrinal consensus on gun control. All the candidates were given an opportunity to embrace the catechism that proscribes domestic energy production and transport and heaped praise on President Barack Obama for his recent rejection of the popular Keystone XL Pipeline. “I feel very strongly that President Obama doesn’t get the credit he deserves for the great job he’s done,” Clinton said to the audience’s applause.

Sanders did perhaps the best job of characterizing this event when he noted that it was typified by admirable cordiality among both candidates and moderator alike. “I can’t walk down a hallway in the nation’s capital without people begging me to beat up on Hillary Clinton,” he said. “I think, unlike our Republican friends there who think that politics is about attacking each other in incredibly stupid and destructive ways, I think what we are trying to do is have a sensible debate on the important issues facing America.”

He’s right. There is nothing especially condemnable about Democrats in the midst of a Democratic presidential nominating contest being asked about issues of concern to Democrats from someone who understands them best. What’s disgraceful about this whole affair is that it is one that Republicans could never get away with unless they wanted to be ruthlessly mocked for their insularity and chided for supposedly sacrificing their party’s viability next November upon the altar of partisan myopia.

Consider how the Republican National Committee is busily (and unsuccessfully) trying to stave off a mutiny among GOP presidential candidates following the display of overt and unalloyed bias favoring liberal policy prescriptions and prejudices from CNBC’s roster of talent. In the effort to keep the candidates from balking at the committee’s attempts to limit the number of sanctioned debates, the committee submitted a rather far-reaching series of demands to the networks that might impose a bit of self-moderating insecurity on future debate arbiters. The RNC’s list of demands was mocked in the Washington Post as the quest for “more sympathetic debate moderators.” That paper’s editorial board went so far as to call the petition requesting that candidates be allowed to make uninterrupted opening and closing statements and that candidate-to-candidate questioning be banned, much like MSNBC’s forum, a “plainly terrible idea.”

“The goal, it seems, is to replace perceived liberal bias among moderators with explicit and purposeful conservative bias,” the Post wondered derisively.

The New York Times editorial board savaged the GOP’s “daffy” debate demands, mocked the “ridiculous manifesto,” and wondered if the party was seeking to impose “kid-glove treatment” the candidates supposedly receive during Fox News-hosted debates (a contention that leads one to wonder if the Times editorialists even bothered to watch the debate aggressively moderated by hosts Megyn Kelly and Bret Baier). “It’s the party’s job, not the media’s, to save the Republican presidential candidates from themselves,” the Times insisted. For a paper that claimed that the debates have thus far failed to provide voters with “basic details” about the candidates’ policy preferences, it is truly odd that they’ve declined to consider whether a mid-course correction imposed on the press is a worthwhile consideration.

All this presumes, however, that the mainstream press is concerned about the electoral viability of the ultimate GOP nominee – a claim that they are endlessly making when criticizing the Republican Party’s primary process for compelling the candidates to veer to the right in order to appeal to conservative voters. Where are the lamentations about the fact that the Democratic Party has apparently determined to shield its candidates from matters of interest of the general electorate? Public opinion surveys have for months shown that Hillary Clinton has sacrificed the voters’ trust as a result of her scandalous conduct as secretary of state. Even Bernie Sanders, who provided Clinton with priestly absolution for her handling of the email scandal in the first debate, has reversed course and noted that questions about her ethics were “valid.” Yet, not one question about the email scandal or even the self-described democratic socialist’s about-face was offered on Friday night. Instead, candidates were pressured to affirm their loyalty to a cliquish and parochial tribe.

Again, there is nothing especially wrong with MSNBC’s “debate” format, to the extent that you might call it that. It was a collegial affair utterly devoid of the theatrical posturing that characterizes Republican debates. Conflict-seeking moderators provoke the dramatic interchanges that make the morning highlight reels and those moments have their place. They are not, however, especially clarifying for Republican voters interested in policy. Democrats and their like-minded colleagues in the press seem comfortable with their affable contest and the forgettable time slots into which it has been interred. It is, however, a wonder that so much of the press is taken aback by the Republican Party’s protestations over their having to play by different set of rules. MSNBC’s candidates’ forum, and the muted media reaction to it, confirmed as much. 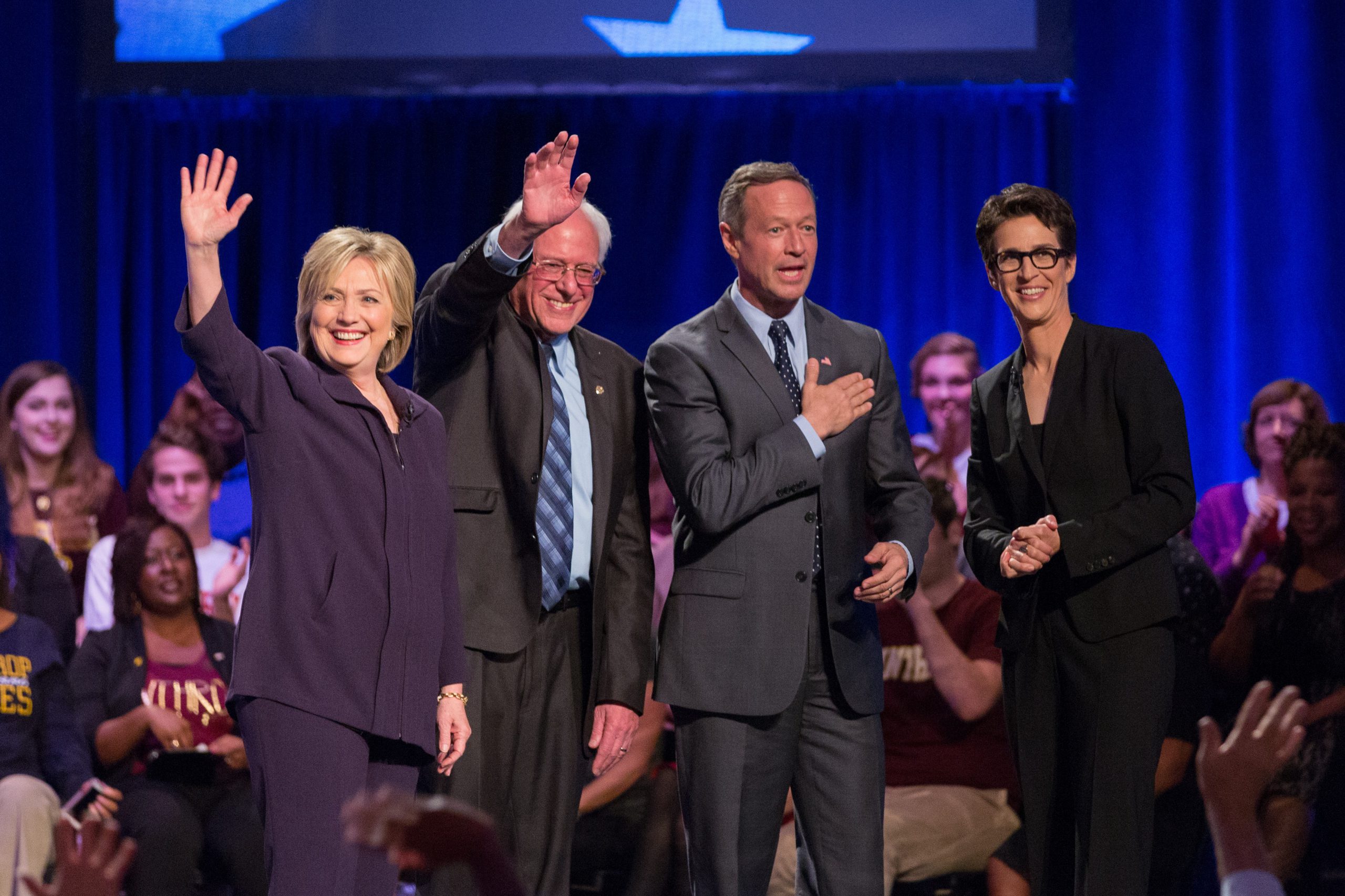