An emerging consensus among vexed political analysts franticly seeking to identify the conditions fueling Donald Trump’s seemingly unconstrained rise in polls is that his candidacy is due comeuppance for the GOP. The Republican Party’s elected representatives had for too long ignored the will of their most committed voters, the theory goes. The most energetic and activist ideologues, for whom the GOP served as an imperfect vehicle for checking the pace of governmental growth preferred by Democrats, betrayed their loyalty. Today, mutiny swells in the ranks. The Republican voter is a righteously aggrieved specimen. Trump channels their outrage, even if it is a self-destructive sort of ire. But this explanation is unsatisfying. It is self-serving for a number of influential conservative figures and grassroots voters looking to retrofit their long-standing frustrations with the party’s elite onto the passions of the moment. If you spend any amount of time talking with the average Trump supporter, as opposed to the political activist who has incubated a grievance against the GOP for years, it isn’t the party but its politicians that have inspired this backlash. Though every elected Republican from the current crop of congressional leaders to the Bush administration surely bears some blame for their current predicament, its catalyst is less Mitch McConnell and more Jeb Bush.

The conservative who is tuned into the political process more so than the average voter is not short reasons to be frustrated with the Republican Party’s elected representatives’ penchant for overpromising and under delivering.

“You’re talking a political party that has repeatedly promised voters it will do something — about Obamacare, about the abortion regime, about the ever-increasing administrative state, which has taken over so many aspects of everyone’s lives — only to get completely co-opted by crony capitalists whose campaign cash is more convincing than any lightly held principle,” The Federalist’s Mollie Hemmingway exclaimed.

“We were told that taking back the Senate from the Democrats would change things, but Senate Majority Leader Mitch McConnell has balked at tackling big reforms, instead content with small ball issues like the Keystone XL Pipeline and repealing the medical device tax,” averred Washington Examiner columnist Adam Brandon. “I’m no fan of taxing medical devices, but when we control both houses of Congress, we should be trying to repeal all of Obamacare, not a tiny piece of it.”

These are fair criticisms. Had the Supreme Court not spared the GOP the anguish of being forced by political realities to restore federal subsidies to those insured under the Affordable Care Act in the wake of a different decision in King v. Burwell, the Republican Party might not only be insufficiently opposed to ObamaCare for the tastes of conservative activists but partial owners of that burdensome reform.

But Donald Trump has exposed the extent to which the political class, an order that includes the plugged-in columnist, is as out of touch with the frustrated conservative voter as are the elected politicians against whom he rebels.

Trump’s ObamaCare repeal and replacement plan consists only of burying the law and, in its place, erecting “something great.” Trump’s version of “something great” is likely to be a bit more redistributive than the right would prefer. “As far as single payer, it works in Canada, it works incredibly well in Scotland,” Trump said during last month’s GOP debate in an effort to defend his disturbingly recent praise for socialized medicine. If conservatives are outraged over the congressional GOP’s lack of initiative in failing to somehow convince six Democratic Senators to jump on board with a repeal vote to send it to Barack Obama’s desk for a veto, they have chosen a poor medium to communicate that sentiment to Washington.

The sins of the insufficiently conservative wing of the GOP in Congress don’t end there. “The Export-Import Bank — a corrupt, New Deal – era institution that mostly benefits massive American firms in little need of a boost from taxpayers — expired at the beginning of this month,” a National Review editorial rejoiced in late July. The editorial warned Senate Majority Leader McConnell to ignore the well-heeled corporate interests that wished to see the institution get a new lease on life. McConnell chose to side with the New York Times and his corporate benefactors when a measure attached to a three-year highway funding bill reauthorized the bank. Two-thirds of the Senate voted in favor of the measure. If, however, sending a message of disapproval to Senate GOP leaders over this sop to corporate interest was the Trump backer’s goal, she could do better than expressing support for a candidate who promises a jingoistic tax on all businesses that perform assembly or manufacturing abroad, a measure that would ultimately cost consumers and not corporations. The Los Angeles Times detailed how Trump made a fortune negotiating property tax incentives from local governments and benefited from the imminent domain seizure of individual properties. At best, Republican voters are sending Washington a mixed message on corporate welfare.

What about the sacred and fundamental issue of life itself? The GOP in Congress sparked a real revolt among conservative commentators when they appeared set to drag the fight over funding Planned Parenthood into the next Congress for fear of initiating another government shutdown fight. Many Republicans, including myself, noted that this overly cautious strategy relied on the election of a Republican next November and that the initiative would be lost by then. But Trump supporters do not seem overly concerned with Planned Parenthood’s funding. When Trump intimated that, as president, he would preserve the taxpayer funding for “the good aspects” of Planned Parenthood, the organization issued a warm and hearty statement of thanks to the celebrity candidate. What’s more, Planned Parenthood admonished the rest of the GOP field to be more like Donald Trump.

Bush’s decision to enter the GOP race in late 2014 had two aims. First, his aim was to crowd out the party’s weaker candidates and present his nomination as fait accompli. His second intention was to appeal to and lock in the support of his family’s network of high-dollar donors. Bush failed dismally in achieving his first goal but succeeded wildly at the second. Bush’s first financial disclosure revealed that his campaign and allied super PACs raised $114 million. He earned an early and deserved reputation as the prohibitive frontrunner.

To read any pro-Trump political blog or to talk to one of his committed grassroots supporters is to come away with the distinct impression that there are only two candidates in the race: Bush and Trump. The 15 remaining candidates actively campaigning for the GOP nomination barely register. The lamentable early exit from the race of former Texas Governor Rick Perry exemplifies why they feel this way. The GOP base wanted to have an extended conversation about border enforcement and illegal immigration this cycle, but the first candidate to drop out is the figure who not only has the most extensive record on the issue but had managed the longest U.S.-Mexico border state for 12 years. Perry had his own problems on the campaign trail, but his failure to raise enough money to maintain his early state organization is testament to the strength of the Bush network in crowding out more establishmentarian candidates in the Lone Star State (Ted Cruz has a substantial fundraising base in the state, but there is little overlap between his financial backers and Bush’s).

The Trump rebellion is not the cogent and uniform revolt against the GOP that some of the conservative talking class wish it were. Theirs is a revolt against a professional political class in Washington, of which many of these talkers would be counted as ignominious members when the revolution comes.  It is a revolt against perceived oligarchy, against an acute sense of helplessness and ineffectuality. It is an insurgency targeting the comfort of the would-be dynasts. Their support for the candidate of higher taxes on the rich, for Planned Parenthood and corporate welfare, for antipathy toward borderless trade and a globalized economy is not a conservative revolt, no matter how much the Trump movement’s apologists wish it were. What is happening is not an affirmation of the conservative program. It is far simpler than all that.

We’ve seen this Bastille stormed before. The movement’s Robespierres might hope to impose on it their virtues, but there will always be an unlovely Marat in the wings who just wants to see a little noble blood spill. In the end, both would be consumed by the fires they helped to ignite. 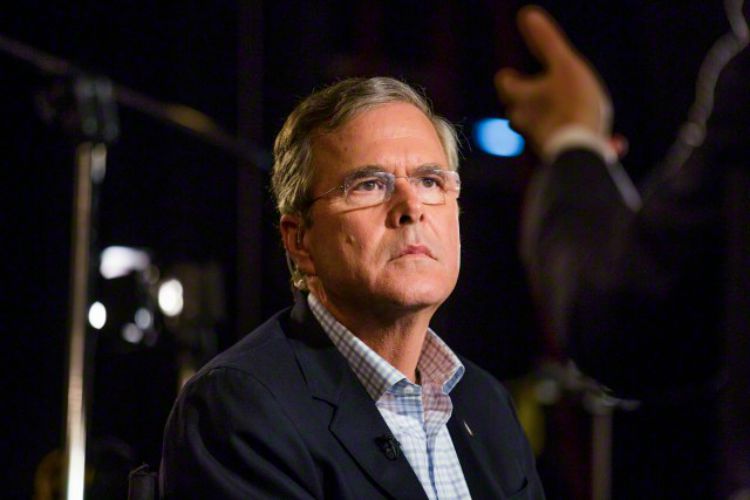